The local Jersey papers continue to feed ravenously on the “scandal” regarding superintendent compensation packages. The Times of Trenton headline today reads “Many School Administrators in Jersey due Six-Figure Deals.” And, boy, is the public outraged – check out the indignant comments attached to some of these articles. Scroll down for yourself at the end of this Star-Ledger piece.

Lost in the lather is that the job responsibilities of a superintendent are comparable to running a multi-million dollar corporation. Public school superintendents are on call 24/7, manage vast minions of employees, kowtow to school boards, are responsible for political ties to municipal and state agencies, etc. In 2002 New Jersey Monthly rated the job of school superintendent as one of the 14 worst:

Tight school budgets, no job security, modest salaries and board of education meetings that run past midnight are just a few of the complaints that have New Jersey’s school superintendents retiring in droves.

There are many excesses in New Jersey State gov’t. We’re not sure this is one of them, once you weed out the couple of egregious overplays, like the Keansburg superintendent who retired with a $740K package.

A lawyer for NJASA, Stephen Edelstein, commented to the Star-Ledger,

The government can’t create arbitrary classes, and to regulate the salaries of 1,400 administrators and not 200,000 other school employees doesn’t make a lot of sense. She (Lucille Davy, Commissioner of Education) is trying to treat school district employees as state employees, and they are not. There is a strong home rule tradition in this state.

This issue is much bigger than school superintendents, and cuts to the pith of the recent spew of regulations issued by the DOE.

The first part of this bureaucratic emission, “School District Accountability, Efficiency, and Budgeting Procedures” comes in at 83 pages and represents only a section of the legislation. (The DOE will disgorge the rest later this month). This document, which regulates everything from whether school board members can take leftovers home from refreshments served at public meetings to bidding processes for choosing budget auditors, is an attempt to overturn the tradition of home rule by setting State-wide standards, forcing district consolidation, and mandating shared services.

So, can a poorly regarded and understaffed DOE set State-wide standards? Can it overturn that scourge and delight of New Jersey, centuries of home rule? Not likely, but stay tuned. 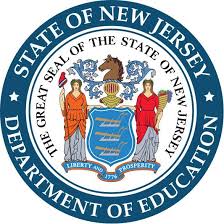 What the Heck Is Going on at the DOE’s Special

Louisiana Gets It Done