And the Next Pitch…

The frenzy over superintendent compensation packages continues unabated. By far the loudest chorus is from those who bewail this financial fraud perpetrated on the backs on New Jersey tax payers by overpaid and unscrupulous district superintendents. Several local papers (The Bridgeton News, Today’s Sunbeam ,Warren County News) reported today on new legislation to be proposed in September by Patrick Diegnan, Jr., an Democratic Assemblyman from Middlesex. This bill would standardize superintendent contracts by having the State issue a boiler-plate version, thereby removing much local control. Said Diegnan,

There is absolutely no reason that superintendent contracts should vary so greatly from district-to-district. A standard contract template would level the playing field across districts and stop the end-run abuses of tax dollars meant for the classroom.

But the New Jersey Association of Superintendents and Administrators, which has already filed a federal lawsuit against the State for interfering with their constitutional rights, charged that Diegnan’s bill was overkill and would unnecessarily restrict school boards’ authority to negotiate. Richard Bozza, New Jersey Association of School Administrators executive director, said

School board members are elected to govern their schools, which includes the obligation to negotiate with employees based on the needs of the system and the community’s expectations.

In the midst of all this bluster, James Ahearn, writing for The Record, lends a bit of perspective, noting that in the past superintendents were tenured, effectively given lifetime appointments. The only recourse for unsatisfactory performance was a wildly expense buy-out. To provide more accountability, superintendent tenure was abandoned in 1991 (during the Florio administration) and replaced with three, four, or five year contracts. The results, says Ahearn, is that “Superintendents … have become contract players, like pitchers and infielders.” He continues,

The Record reported in 2004 that superintendent turnover statewide had reached 20 percent. Every year, one in five districts had to recruit a new superintendent. There were fewer qualified and willing candidates than formerly, resulting in longer searches for replacements, leading to the development of a new education specialist, the interim superintendent.

The State Commission of Investigation issued a report two years ago on unpublicized benefits granted by districts to superintendents. The commission treated the matter as a scandal. However, if such benefits are forbidden, the cash equivalents will be wrapped into higher base salaries in subsequent contracts. The market will see to that.

The market is pretty clear — sometimes superintendents are worth a lot of money. The State of New Jersey, flailing at bad press, rising taxes, and declining test scores, begs to differ, using the bludgeon of legislation to annihilate a couple of outliers. So, in fact, the State is trying to circumvent the free market by standardizing these market-based contracts. Noteworthy omission: nobody here is talking about performance or education. The whole issue now revolves around money.

Here’s an irony: the State has created a whole new level of management, the “Executive Superintendent,” who has the power to overturn much of the authority of local school boards and superintendents anyway. So, if we work on the assumption that this is all about money, how do we cost this out? What exactly is the monetary value of running a district? Is that a district of 100 kids or a district of 20,000 kids? Is that a wealthy, quaint, homogeneous, leafy suburb in Bergen County or are we talking an impoverished inner-city like Camden? How much do we add to that per-district cost with our Lord High Executives? (NJ has functioned with County Superintendents for many years, but they run cheaper.)

Standardizing New Jersey — there’s an oxymoron for you.

WHYY Post: Statehouse Democrats Want to Cut All Funding for Hot Off the Press: New Guidance From CDC on Masks, 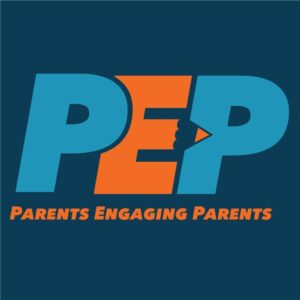 It’s Saturday Morning at the NJ Parent Summit and Future