Here’s a twist: Chris Christie is touting his educational agenda in poor urban areas, typically a Democratic stronghold, and Jon Corzine is boasting about his new School Funding Reform Act to suburban audiences, who are usually more sympathetic to Republicans, according to today’s Star-Ledger.

Sure, it’s politics as usual. But it’s still an opportunity for N.J. education reformists. Apparently education is going to be a campaign issue – an AP piece printed in the Courier Post yesterday was headlined “Education is the Issue of the day in N.J.’s Race for Governor” — though the dynamics are still evolving.

Here’s what we know so far.

Jon Corzine played nice with CWA (despite the attempted spin on the furloughs). Christie made news by snubbing NJEA when they invited him to speak on the grounds that he would never get their endorsement anyway. The New Jersey School Board Association is endorsing Corzine already in a non-endorsement-ish sort of way. Their bi-monthly magazine, School Leader, features an “Exclusive Interview with Governor S. Corzine” entitled “Education Is My Number One Priority.” The NJSBA interviewer explains in the preface,

“During the conversation [a chance meeting on a train] he mentioned that he hoped our membership knew that he had made education a top priority. ‘Why don’t you tell them yourself,’ I responded, and asked if he would agree to an interview for School Leader.”

Let’s just say we’re not holding our breath on which candidate the institutional lobbying groups will endorse.

Corzine is banking on their power and numbers, and also on the appeal the SFRA holds for suburban voters who have been, as they say, majorly pissed off at the amount of cash funneled to poor urban districts. Christie seems to be banking on an increasing antipathy towards the NJEA, mainly due to its recalcitrant opposition towards more realistic salary increases and contributions to health benefit premiums, and also towards a growing sense that the state school system fails to provide equitable education to poor children. Christie will also try to argue that Corzine and the D.O.E. have inadequately supported the growth of charter schools and has strongly signaled his support for vouchers.

In a strange twist, one could argue that Christie is more aligned on educational issues with Ed Sec Arne Duncan, a Democrat, than is Jon Corzine. (Duncan has made several appearances with Corzine, but that’s just a sign that the national Democratic party is worried about losing a gubernatorial seat.)

What role can educational reformists in New Jersey play over the next five months? Can we tilt Corzine towards concessions for fairly funding charter schools and expediting their growth? Can we suss Christie out more on how he would reinvent the stumbling D.O.E.?

Corzine seems to be cleaving to a strategy of defense, asserting that our schools are great and getting better, and that he’s fixed the funding after decades of waste. Christie is on the offense, addressing a graduating class in Camden and pointing to the failure of our schools to serve poor urban kids.

The irony is that the goal of – well, let’s be generous and say everyone – is to level the playing field and reinvent a public school system that affords all our kids the opportunities for scholastic achievement. But the current dynamics of the governor’s race are starkly pitting rich against poor, etching more deeply a historic division that only undermines educational reform. Can education reformists in New Jersey stake out a unifying voice, one that advocates realistic adjustments to teacher compensation, intelligent growth of alternative models, and honest appraisal of our system’s strengths and weaknesses? Can we be the voice of reason?

If we can, then we extend our influence at a unprecedented moment in New Jersey’s struggle for equitable education. Dr. King Would Have Shined A Light On The Shame

Can You Cough Up $20K a Year? Welcome To The 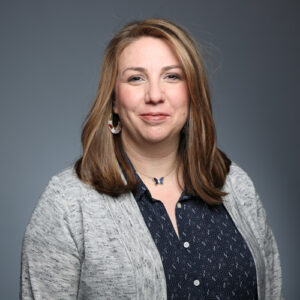