A teacher contract resolution in Ramsey (Bergen County) is the subject of opposing op-eds in The Record. First, former Ramsey mayor and brand-new School Board member Richard Muti bemoans the recent contract settlement, arrived at after two years of (non-binding) arbitration. The four-year agreement gives Ramsey educators a 16.9% raise over the course of the contract without any health insurance givebacks, according to Muti.

Yesterday, however, Joseph Tondi, the New Jersey Education Association’s field representative for the Ramsey Teachers Association, offered a different version. Contrary to Muti’s claims, Tondi says that most Ramsey teachers make some contribution towards their premiums and accommodated the seniors by offering student information to subject supervisors (who wrote the recommendations).

Ultimately, the agreement was based on the recommendation of a neutral fact finder, appointed by the state, who took testimony from both sides about the district’s financial situation and crafted a mutually satisfactory proposal. The fantasy of strong-arm union tactics and a system skewed in favor of one side is just that: a fantasy.

Here’s a Record piece that details the actual settlement, and here’s the full report from the State Fact-Finder. Best as we can tell, the teachers asked for no change in health insurance premiums, a 5.25% annual salary increase, and a 4-day reduction in their work year. The Ramsey Board asked for an increase in work days for new hires and two options: yearly increases in pay of 4.7%, 4.4%, and 4.2% for each year with givebacks in health insurance premiums or 3.9% yearly increases with no givebacks. The Board also wanted to eliminate traditional coverage and provide paid insurance coverage through a PPO or POS plan, which saves money. The Fact Finder kept the work year the same for everyone and proclaimed,

Therefore I recommend that there be no changes in the health insurance and that salaries be increased by 4.2% in each of the three years of the agreement

So who’s right? Your guess is as good as mine, but it’s a window into a collective bargaining process that takes place every three years in over 600 districts in New Jersey with relatively untrained volunteers (School Boards) pitted against representatives from NJEA. Now, school board members have the option of taking a crash course from NJSBA on the ABC’s of negotiation, but that’s hardly enough ammo for a seasoned NJEA rep. It’s one reason, though only one, why our teacher salaries are so out of line with cost of living adjustments.

Why don’t we change from a system of individual district negotiations — best defined as a redundancy that contributes mightily to inequity among our 600 school districts — and experiment with county-wide negotiations? It would streamline the process, save money and time (think about it: 600 negotiating committees with 600 Board-appointed lawyers whose fees are footed by residents), and slightly smooth the peaks and valleys between districts. There’s no way we’re going to lower costs of education in the Garden State — now the highest per pupil in the country — unless we start the process of regionalization. Contract negotiation might be a good place to start.

As the Ramsey settlement stands, teachers will indeed get 16.9% increases over the next four years (though not necessarily per teacher – individual raises are determined by union’s salary guide) and will not contribute to their health insurance premiums, which remain at single coverage for untenured teachers and full family coverage for tenured teachers, paid in full by the taxpayers of Ramsey. (The district estimates a full benefits package at about $19,000 per employee.) It’s a triumph for the Ramsey Education Association, even without the full increase and other frills requested .

But how much of a triumph? Certainly, our teachers deserve fair and professional wages. But when the Ramsey Board of Education starts working on their 2010-2011 budget, they will be cutting programs because just paying the teachers will put them above the mandated 4% cap. It’s an unsustainable enterprise, at least for the children, who will lose services, and for taxpayers, who will pay the bill. 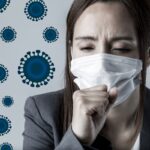 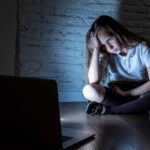 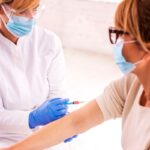 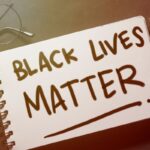 N.J. Has The Highest Graduation Rate in the U.S. Not. What’s Everyone Saying About Murphy’s Pick For Education Commissioner?