The Record reports that Bergen County Technical and Special Services School Districts took “taxpayer-funded trips to China, Taiwan, and Las Vegas, even as they were cutting programs and laying off employees.” Oddly, when the DOE was asked about oversight, a spokeswoman said they don’t collect data on district travel. Actually, they do.

But the DOE Doesn’t Miss This:

The Hanover Park Regional High School District School Board planned on paying a suddenly-departing superintendent $205,079 in some sort of obscure buy-out, reports the Daily Record.

Q: Is tenure one of the problems you face?

A: I think so. Tenure comes too easily. There’s a burden of proof that hasn’t been considered for one’s worthiness to be considered for tenure. Teachers are tenured after three years, but it should be after five years, at a minimum, and there has to be a set of rigorous standards throughout that five-year period, established not just by me but with others in the district, including the teachers union.

We had eight teachers last year on tenure charges (Editor’s Note: when a teacher is brought up on tenure charges, it falls within the categories of inefficiency, incapacity, conduct unbecoming a teacher or other just cause.) Now we have a principal-led program, a tier system that provides a 90-day window for the teacher to improve through an assistance program with Seton Hall University. We have 74 teachers on tenure charges now.

Depends upon whom you ask, reports The Trenton Times.

The Courier-Post reports that the board members sat with NJSBA field rep Diane Morris for a self-evaluation. Said Morris, “One of the things I noticed, you’re doing barely an effective job in monitoring progress towards achievement of your goals and objectives. The board needs to have a system they’re committed to in place so they don’t lose sight of what is most important.”

West Windsor-Plainsboro Regional School District, reports The Princeton Packet, will implement a new policy in September: instead of hiring substitutes (who get $75-$90 per day), high school students with an absent teacher will go to the cafeteria for a study hall. It’s a good thought, especially for a high-achieving district with an extremely low teacher absentee rate. Might not work so well in Camden. 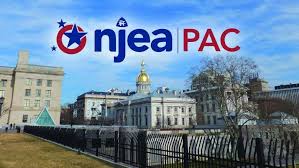