In New York, 80 percent of 8th graders met the state’s standards in math this year, up from 59 percent two years ago. But the National Assessment of Educational Progress (NAEP) results released yesterday paint a different picture. Only 34 percent of the state’s 8th graders are considered proficient, a modest increase from 2007 levels. NAEP scores for the Empire State’s 4th graders actually declined, while the percent passing the state’s own test went up. This renewed charges that New York is making itself look good by lowering standards. Diane Ravitch puts it plainly: ”The fabulous ‘gains’ reported last spring, we now know, were based on dumbed-down tests and dubious scoring of the tests in Albany,” she writes in today’s New York Post.

We’ll leave it to you statistics wonks out there to figure out standards of deviation, but the discrepancies are striking, certainly on a par with those in N.Y. Yet, in the midst of a gubernatorial race which seems to spare no rods, the response has been muted, almost blasé. Governor Corzine and the DOE did put out a press release extolling N.J.’s fabulous gains – “[The state test scores] are a clear sign,” said Commissioner Davy, that our approach to improving teaching and learning is working and that the investment in our schools is paying off” – but if there’s been any gnashing of teeth ala Diane Ravitch in the Post, then we haven’t seen it.

To the DOE’s credit, they are raising cut scores this year for 3d, 4th, and 5th graders. But discrepancies of this magnitude are not mitigated by tweaking definitions of proficiency. It’s a sound case for national standards and national testing. The NAEP is viewed as a low-stakes sideshow. Maybe it should be the main event.

Correction: A sharp-eyed reader notes that the DOE raised cut scores this year on the NJASK 3 and NJASK 4. The 5th grade cut-off for proficiency was raised last year. 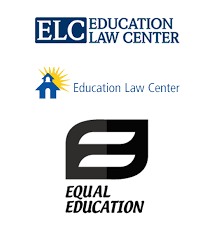 Another Case of Strange Bedfellows