Tomorrow Gov. Christie will announce, if rumor holds, $800 million in cuts in state aid to public schools. In doing so, he’s gambling that the groundswell of anger towards public employees’ compensation is deeply rooted, neither a replaceable scapegoat nor a target amenable to a backlash of friendly support.

As education reform stumbles ahead (braced at the moment by President Obama’s announcement of reauthorization of ESEA with liberal seasoning from Race To the Top, and buffeted by the opposition led by Diane Ravitch in yesterday’s Los Angeles Times), positions become more entrenched. NJEA is now running television and radio spots featuring the NJ Teacher of the Year valiantly battling “the Governor’s attack on public education” and the NJEA-sponsored facebook page, “NEW JERSEY TEACHERS UNITED AGAINST GOVERNOR CHRIS CHRISTIE’S PAY FREEZE,” has 53,000 fans. Right now NJEA’s strategy is to go a bit louder, a bit more self-righteous, than other targeted industries. The same could be said for Gov. Christie, who recently used the word “no” eight times when asked by a reporter if he would meet with NJEA execs.

At the same time, what one could call “education mythology” has taken a few hard hits. For example, this mythology holds that our instructors grow in pedagogical ability with each passing year. Programs like Teach for America show us that bright and well-trained college graduates do just as well. Education mythology says that teachers are underpaid. Taxpayers in NJ are well aware that very few industries award lifetime job security after three years, annual 4+% salary increases, and free health benefits. Education mythology holds that merit pay, or any kind of accountability or competition among instructors, is a destructive force. (See this NJEA screed.) Some innovative experiments in successful charter schools, and even public school systems, show us otherwise. There’s a kind of healthy demystification going on – if we quantify good instruction then it becomes scalable, available to more and more children. Sure, there’s magic to a brilliant teacher. But we can’t rely on prodigy to education all our schoolchildren.

This evolution of our mythology is not limited to non-public school employees. Ask any reasonable teacher what his or her view is of a one-year freeze on salaries. Odds are he or she will state unequivocally that such a move would be proper and justified. It’s not the teachers. It’s their union leadership that clutches past paradigms. Even the comments on the facebook page show just as many dissenters as supporters.

Where does this leave Christie? He needs to soften his tone. The 2.5% proposed cap on school budgets for 2012 is necessary because it’s the only way to force annual salary increases down. But he needs to meet with NJEA leaders and be nice. To assuage any concern from the public about teacher-directed belligerence, perhaps he can provide his own Teacher of the Year to advocate for school choice, accountability, and improved educational opportunities for poor kids. (Can’t find an NJEA member suicidal enough to withstand assault from the leadership over there? How about a saintly staffer at a charter school?) He’s banking on the public anger, but a little courtesy goes a long way.

NJEA’s leadership has a big problem. It’s already sabotaged our last Race To The Top application, and there’s no sign that the next one will go any better. Its indefatigable resistance to something as reasonable as a 1.5% contribution of base pay to health benefits will win no friends. Relentless opposition to merit pay and accountability starts sounding evasive, even irresponsible after a while. How to get out of the only unpainted corner in the room? It needs a magnanimous concession to win back support – either that salary freeze or a promise to collaborate on a mutually acceptable RTTT application. Maybe both. Not only will the public salute them, but our best teachers will too.

Have I Got a Bargain For You… 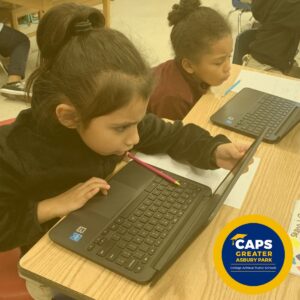 Asbury Park Parent: ‘Why Won’t the Murphy Administration Do the