When NJEA’s Vince Giordano commented that “Life’s not always fair and I’m sorry about that,” he was responding to a question regarding the Opportunity Scholarship Act, which would allow a small number of poor kids to attend parochial and private schools. Senators Tom Kean Jr. and Ray Lesniak, sponsors of OSA, had this to say:

Sen. Kean: “Mr. Giordano’s remarks in opposition to OSA show a startling contempt for children and parents of limited means who are forced into failing schools by virtue of their zip code.His remarks, however, actually strengthen the argument in favor of the bill: that the educational establishment is not able or interested in providing an immediate remedy for students in these districts.”
Sen. Lesniak: “Life is only unfair when we don’t have the courage to change the things we can. And it will continue to be unfair as long as those with the ability to do something to make it fair stand idly by and become resigned to the unfairness. Children from poor families forced to go to chronically failing schools deserve an opportunity to get a quality education. They deserve better from all of us.”

Though here’s a try at an immediate remedy: officials with Trenton Public Schools have announced that they’re establishing separate schools for elementary and middle school-aged students, instead of K-8 schools. This is not connected to a recent incident where a volunteer fended off a knife attack from an intruder peeping into the girls’ bathroom at Parker Elementary Schools.

According to the Philadelphia Inquirer, the Camden School Board was pretty frustrated by the district’s presentation of the $315 million budget for the 2012-13 school year. Disappointments included a total of 4 sheets of paper “with a bunch of numbers,” conflicting estimates of state aid, no accounting of extra aid or the district’s decision last year to pay $700K for extra police officers. Board members also found the three district goals confusing, which were prominently displayed on the “draft budget.” They are “increase student achievement in language arts,” “improve and expand the infusion of technology,” and “provide a safe, secure, healthy, and efficient environment.”

An internal investigation of the Elizabeth School District found that there is “no evidence of widespread patronage, political shakedowns and nepotism within one of the state’s largest school systems.” The investigation was prompted by a series of articles by the Ledger’s Ted Sherman detailing widespread corruption. The investigation (see here for report) was conducted by former State Supreme Court Justice Gary Stein, who was paid more than $500K. (Maybe they threw in a free lunch.)

From USA Today: “New Jersey teachers believe the current teacher evaluation system is subjective and does not help them do their jobs better, a study commissioned by two education reform groups concluded following an unprecedented series of focus groups with nearly 300 teachers.”

The Senate and Assembly Education Committees have passed a draft bill that would raise the drop-out age from 16 to 18.

The Courier Post Editorial Board urges the Legislature to pass Sen. Teresa Ruiz’s tenure reform bill: “It is painfully obvious that current tenure law has gotten in the way of educating students, and enshrined mediocrity, or worse, as the status quo. When both Republicans and Democrats get behind this reform, when the Legislature and the governor are getting closer and closer to deciding precisely what needs to be done and when half the country has already made sweeping changes, it is clear that the time has come to modernize tenure law in New Jersey.”

NJ Spotlight notes that more than 300 school districts could move elections to November. (Actually, the final total could be higher: current tally from NJSBA is 277, and the deadline’s not til Friday.) Also see Spotlight’s piece on the NJ DOE’s plan to expand the teacher evaluation pilot to another 30 districts in September, instead of the original plan to expand state-wide in 2012-13. 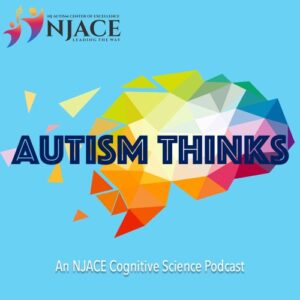 Calling All Parents/Teachers Of Children With Autism: Your Help Is New Report From the National Center for Special Education in