Why Can’t We Talk About Differentiating Teacher Salaries?

Here’s a striking synchronicity: on May 10th (last Thursday) in a Wall St. Journal  article about the recent release of U.S. students’ “deeply disappointing” science scores on the NAEP national assessment, NJ Ed. Comm. Chris Cerf is quoted in the context of differentiating salaries for hard-to-fill positions like science and math:

The Obama administration and some state leaders, including the Republican governors of New Jersey and Iowa, in recent years have pushed districts to alter union contracts to allow higher salaries for teachers in sciences and other hard-to-staff subjects. Christopher Cerf, New Jersey Gov. Chris Christie’s education commissioner, said the “market” for science teachers is highly competitive so schools should “use compensation creatively to maximize outcomes for kids.” Teachers have insisted that pay changes be made only as part of broader contract negotiations, giving them more input into the process.

On the same day the Journal article ran, NJ Assembly Democrats Mila Jasey, Albert Coutinho, Dan Benson, and Ralph Caputo issued a press release on the passage of a new bill intended “to address teacher shortages in math and science.”

Great. We’re all on the same page. There’s a correlation between our kids’ low performance on science tests and the shallow pool of qualified teachers available to teach advanced science and math.  Let’s get busy addressing the shortage in order to raise student achievement.

Well, maybe not completely on the same page. While Comm. Cerf suggests that we pay higher salaries for, say, chemistry teachers – where there’s great demand and little supply – and, perhaps, lower salaries for, say, elementary or gym or music teachers – where there’s little demand and lots of supply – the NJ Assembly bill isn’t willing to approach that third rail of teacher compensation politics.

Instead, according to the Assembly press release,

The new law (A-2311) will permit already certificated New Jersey teachers to participate in an expedited program to become credentialed to teach science and mathematics subjects on the secondary level, or any subject area in which there is a shortage of teachers in the state as determined by the United States Department of Education.

“When we talk about equipping our students with the tools to succeed in the increasingly competitive global economy, this is exactly the type of program we need,” said Coutinho (D-Essex). “It’s no secret that we tend to lag behind other developed nations in the areas of math and science. Addressing the teacher shortage in these subject areas will hopefully inspire a new generation of students to excel in these fields.”

In other words, A 2311 takes teachers who are already part of the industry and simply retrains them in science and math. Not that there’s anything wrong with that. But it’s a sharp departure from what the press release describes as the genesis of the bill, a Jasey-sponsored pilot program called “Traders to Teachers,” (see this description from Reuters) which took people recently laid-off in in the finance sector – with no teaching background or NJEA affiliation – and offered them a fast-track to teaching certification. A key difference between the pilot and the new bill is that this new pool of science teachers must be already certified to be eligible for the program.

The Assembly bill is fine. Offering to retrain current teachers in order to increase our pool of hard-to-fill positions is a worthwhile endeavor.  But the program is hardly a logical outgrowth of the original pilot. Instead, it is enveloped in the teacher-as-widgets gestalt – not only is one kindergarten teacher interchangeable with another but, in fact, one kindergarten teacher is interchangeable with a teacher capable of teaching high school chemistry or BC Calculus.

Why can’t we pay chemistry and physics teachers more than teachers who work in low-demand areas? Every other profession differentiates pay based on skill set, effectiveness, and the market forces of supply and demand. The insistence on undifferentiated salary schedules diminishes the teaching professions — whether one’s specialty is differential calculus or phys ed — and explains the unfortunate pairing of the words “teaching” and “industry.”

QOD: Tom Moran asks, “Why is Phil Murphy Hostile to 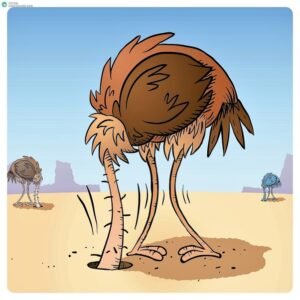 Will We Bury Our Heads in the Sand or Get

Bob the Doxer, Or, Braun’s Underhanded Response to My Response