This week the NJ Democratic Legislature introduced an education budget that it had negotiated with the Christie Administration. No district will lose money from last year and the proposed 60% increase in assessments for school construction grants will go away. Gov. Christie’s $2 million “teeny weeny” school voucher proposal is also gone. See NJ Spotlight for all the details.

Also in NJ Spotlight, a breakdown on the number of NJ high school juniors and seniors who are able to pass the standardized HSPA assessment:

While passing the 11th grade level High School Proficiency Assessment is a graduation requirement, there were only three schools in 2012 — two small academies in the Union and one in the Middlesex vocational districts — in which every graduate passed the HSPA. Another 59 had nine of every 10 seniors pass the test.
Still, there were 31 schools where fewer than half the grads passed the HSPA. All but six of those were in special-needs districts, typically in cities. In those cases, a majority of graduates completed an alternative assessment. Roughly 2.4 percent of seniors, often special education students, were exempt from the HSPA last year.

The HSPA is considered to be an 8th grade-level test.  When the he Common Core assessments kick in (whenever that may be), more students will fail.

New Jersey School Boards Association is distressed  to report that the Assembly Budget Committee released two bills to the floor that “would limit the ability of school districts and higher education institutions to enter into subcontracting agreements for services such as busing, custodial or cafeteria services.  The bill would make current subcontracting much more difficult by forcing such decisions to be mandatory subjects of negotiations.  Various employee protections granted under the bill would drastically reduce the viability of the subcontracting option, which can be a critical tool used by districts to control spending and taxes while maintaining adequate educational services. “

The Asbury Park Press has a seven-page overview of the state of Lakewood’s troubled school system. The district  buses 22,000 kids to 96 private yeshivas and serves about 5,000 kids in traditional schools, where 80% speak English as a second language. Forty percent of the total budget of $107.7 million goes towards special education and transportation.

A new bill in the NJ Senate, 2086, sponsored by Jim Whelan, would change the filing deadline for school board candidates from early in June to the last Monday in July. New Jersey School Boards Association supports this bill.

From the Star Ledger: “The state Education Department has placed three South Jersey charter schools on probation because of students’ consistently low performance on state standardized tests, the department’s chief policy and external affairs officer said. The three schools are the D.U.E. Season Charter School, Environment Community Opportunity Charter School, both in Camden, and Galloway Community Charter School. If the schools fail to boost academic achievement, the state could move to close them.”

The Asbury Park Press reports on “one of the largest corruptions schemes in Monmouth County’s history,” a “long-running scam” by Wall Schools Superintendent James F. Habel.

From the New York Times on the disastrous state of Philly’s public schools:

Pink slips were recently sent to 19 percent of the school-based work force, including all 127 assistant principals, 646 teachers and more than 1,200 aides. Principals are contemplating opening in September with larger classes but no one to answer phones, keep order on the playground, coach sports, check out library books or send transcripts for seniors applying to college.
“You’re not even looking at a school that any of us went to,” said Lori Shorr, the mayor’s chief education officer. “It’s an atrocity, and we should all be ashamed of ourselves if the schools open with these budgets.

NYC Mayor Michael Bloomberg says that a teacher union endorsement is “almost a kiss of death.”

Alfred Doblin of The Record says that the NJ Democratic party is throwing its women candidates for senator and governor under the bus.

Josh Marshall at Talking Points Memo does a “status check” on the post-2012 GOP autopsy. After all the initial clamor from GOP heavyweights that the party needed to be more inclusive in order to have any shot at winning elections, Republicans are nonetheless stuck way out in right field on issues like late-term abortion, gun control, and immigration. Towards the end of the post there’s a reference to the NJ Republican Party’s decision to put this Tea Party extremist Steve Lonegan on the ballot:

Then finally there’s one other point that isn’t policy per se but goes to the same end point. In a number of states across the country, Republicans failed to get strong, mainstream candidates into key races and that’s defaulted the nominations to Tea Partiers and assorted crazies. Iowa is a good example. A classic swing state, certainly for a Senate race, that the in-party should really have to fight for in an open race. And yet Republicans are now apparently going to run a right-wing talk radio show host as their candidate. What should at least have been a solid pick-up opportunity now seems like a decent likelihood of a Democratic hold. Another example? Look at New Jersey. COMMENTARY: Murphy Is Rigid on Remote Instruction But Parents Rally 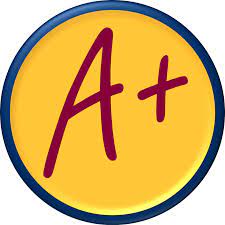 All Students Will Pass All Courses at Asbury Park. How