It’s been a bad week for NJ’s Interdistrict Public School Choice Program, a highly-acclaimed program that allows students to attend schools outside district boundaries. Schools with extra seats, and the support of their administrators and school boards apply to the DOE to host out-of-district students. The State kicks in $10,000 per pupil so that home districts are spared any fiscal burdens. Democrats, Republicans, NJEA, and NJ School Boards Association applaud newfound opportunities for families and students.  Currently about 6,000 students avail themselves of these opportunities in 136 choice districts.

What could be bad? Ask the DOE and Assemblyman John Burzichelli.

First, the DOE. Last year choice schools were shocked to discover that the DOE was unilaterally capping available seats below statutory levels. This year the application for new choice districts has been, well, delayed.

4. a. A proposed choice district shall submit an application to the commissioner no later than April 30 in the year prior to the school year in which the choice program will be implemented…

As of today, two weeks before the deadline,  the DOE has declined to provide the application.  A representative from the Interdistrict Public School Choice Association sent an email to Jessani Gordon, head of the DOE’s Interdistrict Choice Program Office, asking about the whereabouts of the application and whether the DOE would extend the deadline so that districts have at least 30 days to file.

We will add you to the email list to receive notification when the choice district application has been posted. No decisions have been made at this time to change the application deadline.
Regards,
Choice Program

Part two of the very bad week: on Tuesday Assemblyman John Burzichelli announced a bill that would ban students in the Interdistrict Public School Choice Program from  participating in sports programs in their new schools. He added in an interview that he’d like to see this prohibition expanded to all extra-curricular activities, including music, art, and theater.

Burzichelli claims that the bill would target schools from “recruiting” athletes through the choice program.  From the Press of Atlantic City: “School officials said the new cap on choice enrollment has already made it more difficult to get in, and since all students are chosen through a lottery, there is no special advantage for athletes.”

What’s up with that? The word on the street is that the Assemblyman is hoisting a boatload of sour grapes because  — wait for it – his hometown of Paulsboro (Gloucester County) lost a wrestling match to Bound Brook, a choice district with 37 seats available to out-of-district students.

Here are a few reactions:

Bob Rossi, Athletics Director at Hunterdon Central, which is a choice school, said he believes Burzichelli’s legislation may not be the appropriate response to what he believes are isolated incidents of scholastic sports teams benefitting from school choice.

“Now you are going to hurt all these kids,” Rossi said. “That, to me, makes no sense.”

[H]igh school is a holistic, all-encompassing experience, and singling out athletes is discriminatory and unfair. These people are more concerned about their sports programs than they are about giving these students choice.

Assemblyman Burzichelli has an interesting past with high school athletics. Back in 2006, according to PolitickerNJ,  he accused the NJ Interscholastic Athletics Associations, which oversees NJ school sports programs, of “bloated salaries, wasteful spending practices, and travel excursions.” In 2011 the Star Ledger reported that the New Jersey State Interscholastic Athletic Association, through the Open Public Records Act, obtained emails that showed that Burzichelli was “plotting a state takeover” of NJSIAA by the New Jersey School Boards Association. NJSIAA compiled a report based on the emails that  the State Commission of Investigation “was used by Assemblyman Burzichelli to promote his agenda to eliminate the NJSIAA.”

Bottom line: the DOE needs to release the application for new choice districts so that more kids will have academic opportunities currently walled off for them by their ZIP codes. Of course, the DOE also needs to extend the application deadline so that districts can actually apply and so that this exercise looks less like a charade.

Finally, legislators should take note that Burzichelli’s bill has nothing to do with kids and everything to do with old grudges and provincial allegiances more suited to middle school locker rooms than the the Statehouse. 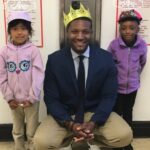 BREAKING: Asbury Park Principal, a Hero to the Community, Resigns From the District He Called a ‘Crime Syndicate’

Internal Emails Between Lakewood Union President and Board Attorney: “Repulsive