After all the NJEA-sponsored television and radio  commercials that solicited parents to opt their children out of PARCC, after all of Save Our Schools-NJ’s anti-PARCC events,,  students in New Jersey began taking  the new standardized annual assessments that replace ASK and HSPA tests this week.

How successful was this campaign, motivated by anger against N.J.’s new tenure law that links student outcomes to 10% of teacher evaluations, as well as concerns about the switch from fill-in-the-bubble tests to computer-based assessments?

Most of New Jersey reported generally smooth testing conditions, except for the delayed opening on Monday for many schools because of icy roads that prompted some to delay the first day of testing from Monday to Tuesday.  Still, there were a few technological problems. West Windsor-Plainsboro had to delay testing for one day because of a technological glitch, but things went fine on Tuesday. . The Star-Ledger reports that in Union Township, students can’t take the PARCC until Thursday because someone from outside hacked into the district’s internet system and overloaded the network.  The Superintendent there, Gregory Tatum said “the district’s system has plenty of bandwidth for PARCC but that there obviously is someone who is infiltrating our system.” He’ll call the police if the DOE confirms vandalism.”

In Cedar Grove, a few students  accidentally logged off of the test before they were finished and needed teachers to get them back into the PARCC program, “Superintendent Michael Fetherman said.”It’s not really rocket science, you just sort or reboot, just jump start the whole thing,” Fetherman said. “It picks up right where they left off.”

In Maywood, “there was a 10-minute delay because of problems loading data to the server, but officials had planned for an extra half hour in case of hiccups, Superintendent Michael Jordan said. In Fort Lee, error codes appeared in exams, but that was resolved within minutes, said a school official.

In Fair Lawn, a student said it took a long time for videos to load on the exams.

On Monday, about 100,000 students took PARCC tests, said Commissioner David Hespe, not that far off from historical numbers. . One Tuesday, about 240,00 did, which, according to NJ Spotlight, is “more than in any of the other nearly dozen states taking part in the testing consortium,”

Edison, which has about 13,000 students in the grades being tested has just shy of 100 refusals, Superintendent Richard O’Malley said.

“Glen Ridge reported about 12 students out of 1,275 in grades 3 to 11 refused the tests. In East Brunswick, about 23 fifth graders refused testing Monday, while 598 participated, Superintendent Victor Valeski said.”

“Newark Public Schools did not have a districtwide figure Monday, but only seven students out of 700 at Luis Munoz Marin Middle School refused the tests, spokesperson Brittany Parmley said.”

In Glen Ridge, “Superintendent John Mucciolo said that out of the students who were eligible for testing, only 12 students had opted out. “
In Hamilton,  one of N.J.’s larger districts, Hamilton Acting Superintendent Steve Bollar said, “To date, there have been 130 refusals districtwide,When you compare it to the number of students in our district who are testing, that’s really small. To me, that’s a home run,”
“Lower Cape May Regional  reported an influx of refusals on Monday in addition to about two dozen already received.”
“The Press of Atlantic City contacted all districts in Atlantic, Cape May, Cumberland and southern Ocean counties Friday requesting the number of students whose parents had submitted refusal letters. Twenty-three districts responded, reporting about 250 refusals In some districts, there may be enough refusals for the school or district to fall below the 95 percent participation rate required by law.”
More from the Press of Atlantic City: ” Locally, Cape May City and Cape May Technical High School reported no refusals. Wildwood, Woodbine and Atlantic City each had one. Commercial Township has two children from the same family. Port Republic and Lawrence Township each have three. West Cape May has four, Upper Deerfield Township has five and Millville has six.
Lawrence Township Superintendent Shelley Magan said three of 313 students have refused, but the rest are ready.”
More: “Stafford and Little Egg Harbor townships each reported 40 refusals. Hammonton, Lower Township and Lower Cape May Regional each reported about 20 refusals. Pinelands Regional had 17, and Mainland Regional High School had 10. Lower Cape May Regional Superintendent Christopher Kobik said most refusals just recently came in. He recommends students take the tests.
“There is no need to fear this,” he said. “It is a more challenging, rigorous test that we can use to help better prepare students for their future.”
In North Jersey, Tenafly Schools reported that “about 20 have said no. In Bergenfield, at least four students won’t sit for the exams that start in most districts today.”
“Teachers and parents opposed to the tests have been urging a boycott for months, but superintendents are only now beginning to see how many students won’t take part. Conversations over the last few days with school administrators throughout Bergen and Passaic counties reveal that the number of students refusing to participate is small, compared with those who will be testing.
In Washington Township, 109 students had opted out of testing by Monday, said district spokeswoman Jan Giel. That represents roughly 2 percent of the 5,400 students to be tested there. In Haddon Township, parents of about 130 students asked that their children be excluded from PARCC testing, Superintendent Nancy Ward told the school board at a Feb. 19 meeting.
In Livingston, Essex County, district officials predicted about 1,100 of 4,100 students would skip the test.
Brick Township testing coordinator Susan McNamara said that 29 out of a possible 677 third graders and 79 of 714 sixth graders refused the PARCC on Tuesday.
At Freehold Learning Center, 241 of the 242 kids took the PARCC with one child refusing.
Share on facebook
Facebook
Share on twitter
Twitter
Share on linkedin
LinkedIn
Share on pinterest
Pinterest 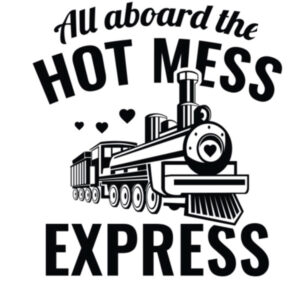