On Tuesday night in Camden, a standing room-only crowd of parents, grandparents, students and alumni of Camden Public Schools met with Mayor Dana Redd and Superintendent Paymon Rouhanifard to discuss ways to support students and provide high-quality schools. The meeting, one of four scheduled this week (tonight’s is  at North Camden Community Center at 5:30), was notable for the lack of concern with  current obsessions in the Statehouse like PARCC, Common Core, union politics, data-driven teacher evaluations. Instead, community members spoke passionately about the educational needs of children.

Rouhanifard, almost two years into his tenure as superintendent, didn’t shy from the hard facts: one out of five Camden public school students is on grade level in reading and one in three is on grade level in math, 20% lower than districts with comparable demographics. There’s been a “systemic failure to” maintain facilities. Bonsall Family School, one of the traditional schools in the neighborhood where this meeting was held, has lost 150 students in two years as parents “vote with their feet” and choose charter schools. (Current enrollment in charters is 4,000, about 30% of Camden’s student population.)  It’s time, he said, for “honest talk” about “hard choices.”

While there are a few promising indicators – 96% of Camden three and four-year-olds attend pre-school, up by 20% since he took on stewardship of the district, the teacher contract was just settled (nearly 2% annual salary increases, higher salaries for community liaisons and extra-curricular staff, extended instructional time) – the community, he says, needs to coalesce around a “specific path forward.” He called out the ten most struggling neighborhood schools, which the district said they will post on their website once the meetings conclude tonight.

Rouhanifard’s recommendations include an unstinting eye on academic progress and student outcomes, expansion of parent choice, particularly through charter/district hybrid schools, and renovation or rebuilding of facilities.

Then, for the next ninety minutes, Mayor Redd, Rouhanifard, and district administrators listened to community members who, one by one, approached the microphone in the cafeteria of Virtua Hospital. Here are some of their comments.

Rouhanifard replied, “we’re not saying to close Bonsall. We’re saying, for the children, what can we do to revitalize this school?” As he said, honest talk about hard choices. 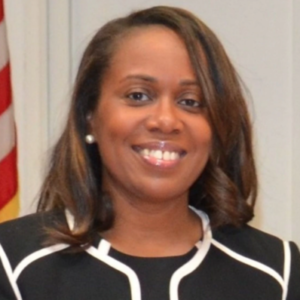 New Grant Lets Camden School Board Livestream Its Meetings in