Jody Pittman, a lifelong Newark resident, wrote an “emotional response” about the event that is important in two ways.

First, she speaks eloquently about the troubled and corrupt history of Newark Public Schools, one that, contrary to the narrative propagated by anti-reformers, existed well before state control or Cami Anderson or the advent of charters.  Pittman recalls that Newark’s educational “demise” occurred well before the “alleged infiltrations of the outsiders”and “predates even my existence.” She notes sadly that she found little interest at the forum in “Ms. Russakoff’s data and fact based driven information, nor was there a desire to gain a historic perspective regarding Newark.”

So Ms. Pittman reminds us of the dire academic circumstances that faced Newark public school students and families:

In twenty-three of [Newark’s] seventy-five schools, fewer than 30 percent of children from the third through eighth grade were reading at grade level; the high school graduation rate was 54 percent; and more than 90 percent of graduates who attended the local community college required remedial classes; and only 12.5 percent of Newark adults were college graduates.

Second, she boldly takes on those who use Newark as a proxy for why charter schools are evil empires operated by money-grubbing moguls intent on destroying traditional public education.  This false narrative, she charges, derives from a “politically driven blame and desire to scapegoat others” and results in a situation where “the political dramas of adults is crippling the future of Newark children.”

Who are those being scapegoated? The real charter school operators, like those who run the KIPP school that one of her children attends. (Her other child attends a Newark magnet school.) Who are the scapegoaters? Oh, there’s a list, but she might have been thinking of Bob Braun, Mark Weber (aka Jersey Jazzman), Julia Sass Rubin of Save Our Schools, and David Sciarra of Education Law Center, all of whom, no doubt. define themselves as “progressives”  — advocating for equal access to marriage, a living wage, and healthcare —  but all of whom, as Kristen Forbriger just wrote in a great piece on Philadelphia, “fall completely silent when it comes to equal access to quality K-12 schools.”

This chummy club of charter-haters misses both the context and the stakes. Ms. Pittman helps them out:

These are the facts we need to think about when discussing the future of our school system.  Charter schools are not the only solution to our problems, nor are they to blame.  But if we are going to have a real conversation about our future, it is time we all understand the facts that actually got us here.  We need to base Newark’s future on facts – not political ideology and scapegoats.

There are many reasons why Newark’s education system is a mess.  Simply scapegoating charters, which are just as much public schools as district schools, is not only inaccurate – it is a political tactic to smokescreen the real issues behind the problems.

I am no longer afraid to stand up and speak out when others create unethical arguments in order to place blame where it does not belong or scream out how great my daughter is doing at Thrive Academy via KIPP NJ.  As a parent frankly, I am thankful the money coming in to Thrive is actually reaching my baby, rather than paying a political debt. 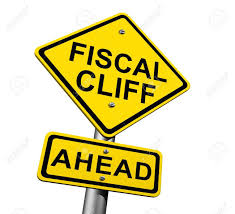 “This Is Not the ‘Fairer’ New Jersey Promised by Gov.