Education Law Center (ELC) is justifiably proud of what it describes as its “decades-long history…to promote fair and equitable school funding and effective school reform.” The litigation group has always worked with a simple formula: amply fund poor school districts and educational equity will follow. But over the last five years or so, that apolitical conviction has been supplanted by an uneqivocally political agenda. If there was any doubt about ELC’s shrinking credibility, it’s now touting its collaboration with Diane Ravitch’s anti-reform organization called the Network for Public Education (NPE).

NPE just released its “50 State Report Card” that ranks each state by how rigorously it adheres to an anti-reform agenda. Ravitch writes,

[I]t is also important to identify states that have weakened public education—by seeking to privatize their schools or turn them into profit-making ventures, as well as states that have aggressively instituted a regime of high stakes testing that unfairly sorts, ranks and demoralizes students, educators and schools. Unlike other organizations such as The American Legislative Exchange Council (ALEC) and Michelle Rhee’s StudentsFirst, whose report cards rank states in relation to their willingness to privatize public education and weaken the status of the teaching profession, we take another path. We give low marks to states that devalue public education, attack teachers and place high-stakes outcomes on standardized tests.

In other words, states get higher scores if they have laws that decouple student outcomes from teacher evaluations, restrict school choice, and eschew standards and assessments. Sounds like Ravitch to me. (Not one state got an overall grade higher than a “C,” although Alabama got an “A” in the “no high-stakes testing” column. Too easy to unpack the irony so I’ll restrain myself.)

Schools also score points for generous school funding, one aspect of NPE’s agenda that I can get behind, as long as spending is partnered with accountability. Money should buy, well, something, particularly student growth. And what does NPE use for its  source for funding equity information?   Education Law Center, which just issued a press release (no link yet) that touts this: “the school finance portion of the [NPE] report relies on information in “Is School Funding Fair? A National Report Card,” by Bruce Baker, David Sciarra, and Danielle Farrie.

Sciarra is Executive Director of ELC and Farrie is its Research Director. Bruce Baker is a Rutgers professor allied with ELC’s anti-reform tenets.

NPE is what it is: a lobbying organization with a clear and political agenda that privileges teachers’ labor rights over students. But ELC is supposed to represent kids, who haven’t been all that well-served by 25 years of Abbott funding  (named for the first plaintiff in the alphabetical list on the first brief,  Raymond Abbott).  One example: Asbury Park Public Schools, one of N.J.’s 31 Abbott districts, spends $28,893 per pupil. Last year 4% of Asbury Park High School students scored over 1550 on the three parts of the SAT’s, a benchmark of college and career readiness.

Would Asbury Park families be better served by school choice or by entrapment in Asbury Park Public Schools? ELC doesn’t care. It’s all about the money, all about preserving a debunked theory of educational equity.

Back in 1990, N.J. Supreme Court Justice Robert Wilentz wrote in the second of what is now 21 Abbott rulings,

We note the convincing proofs in this record that funding alone will not achieve the constitutional mandate of an equal education in these poorer urban districts; that without educational reform, the money may accomplish nothing; and that in these districts, substantial, far-reaching change in education is absolutely essential to success. The proofs compellingly demonstrate that the traditional and prevailing educational programs in these poorer urban schools were not designed to meet and are not sufficiently addressing the pervasive array of problems that inhibit the education of poorer urban children. Unless a new approach is taken, these schools — even if adequately funded –will not provide a thorough and efficient education.

The Judge has been proven right. Money without reform accomplishes nothing. NPE is free to disregard that fact. ELC is diminished by its dogmatism. 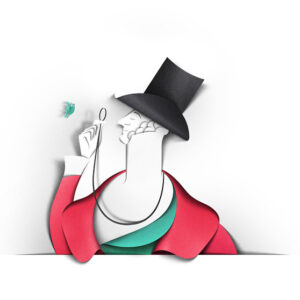 COMMENTARY: Someone Needs to Tell This NJ Superintendent That Schools