Is Refusing Tests Just Like Fighting for Abolition and Marriage Equality?

At Public School 321 in Park Slope, Brooklyn, part of District 15, more than a third of the eligible students did not sit for the tests last year, and the principal, Elizabeth Phillips, has in the past been outspoken in opposing them.

At a PTA meeting there last week, Ms. Phillips was studiedly neutral, but several teachers criticized the tests, with one comparing the stand against them to abolitionism and the fight for same-sex marriage.

That’s what several teachers at Public School 321 in Park Slope would have you belief, according to an article in today’s New York Times. These educators might want to review their historical facts and ratchet up their critical thinking skills, per Common Core. Or, more concretely, take a stroll beyond bucolic Park Slope where brownstones rent for $10,000 a month and the average sale price on a house is $826,250.

Talk about first world problems. In New York State, tests aligned with the college and career-ready standards are no longer linked to teacher evaluations because 1) Gov. Cuomo shriveled up and started kowtowing to  the teachers’ union and 2) suburban parents resent proof that their children aren’t as brilliant as they once thought.

The new Regents Chancellor, Betty Rosa, whose ascendency was heavily lobbied for by NYSUT and NYS Allies for Public Education (a suburban parents group opposed to accountability) is opening urging parents to opt-out their kids. And they’re listening in Park Slope, although not in Harlem or the Bronx. Every kid in NYC’s poorest neighborhoods took the tests last year because their parents understand the importance of accurately gauging student growth and know the difference between righteous fights for freedom and snobbish donnybrooks against common sense metrics.

P.S. 321, by the way, is an almost exclusively white upper-class school (only 9% of students qualify for free or reduced lunch; 8% are African-American) where students traditionally score high on standardized tests. The principal there, Elizabeth Phillips, supported a teacher protest rally last year against both the Common Core and attendant assessments.

The Times article notes that,

The state’s position appears to be in flux. The previous Regents chancellor, Merryl H. Tisch, was a strong proponent of the tests. Last year, while Dr. Tisch was still in office, the education commissioner, MaryEllen Elia, who reports to the Regents, said that it was “unethical” for educators to encourage or support test refusal and that it was districts’ responsibility to make sure that as many students as possible took the exams this spring. But the election of Dr. Rosa, who was endorsed by leaders of the opt-out movement, has muddied the issue.

It’s not so muddy for parents who rely on accurate measures of student growth and can’t afford the rent in Park Slope, which comes packaged with access to P.S. 321. According to a parent survey by Education Post, the vast majority of black and Latino parents support college and career-ready standards and attendant testing. But their rights are thrown under the bus as wealthy Park Slope denizens embellish their anti-accountability fervor with a thin gloss of self-righteousness. Abolition indeed. 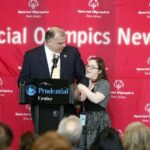 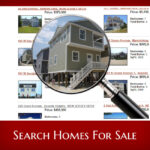 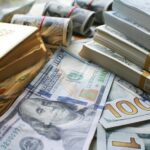 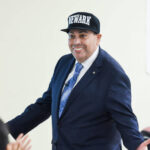 Nepotism Springs Eternal in the Murphy Administration. Now Would Someone “Take Your Masks and Shove It”: Lakewood Ultra-Orthodox Community Reacts