There’s some remarkable news out of New York City today: The Daily News reports that six eighth-graders who attend Eva Moskowitz’s  Success Academy charter schools, which serve 11,000 kids in Manhattan, Brooklyn, Queens, and the Bronx, were accepted into some of the city’s elite magnets, including Bronx Science, Stuyvesant High School, and Brooklyn Tech.

What’s so remarkable?  N.Y.C.’s prestigious magnet schools are extremely competitive and segregated. Yet these six students took the Specialized High School Admissions Test — Moscowitz says they “took it cold” — and aced it. No Success Academy eighth-grader has ever managed that feat.

After all, the odds are against them. In fact, the odds are against everyone, regardless of where they attended K-8. Last year, for example,  27,000 eighth and ninth-graders took the 2 and ½ hour test test and a scant 3.5% were admitted to Stuyvesant, the most selective of these magnets. About 20,000 kids applied to Bronx Science (the second most selective) and 5.3% were granted admission.

The odds go down if you’re poor and not white or Asian. Currently Stuyvesant’s enrollment (data from NYC Department of Education) is 1% Black and 2% Hispanic. At Bronx Science 3% of the student body is Black and 7% are Hispanic. At Brooklyn Tech (about the third most competitive, depending upon whom you ask) the acceptance rate is 8.5%; 9% of students are Black and 8% are Hispanic.

This is in a city school system where 70% of the student body is Black or Latino.

Yet, despite this achievement, there’s a steady stream of anti-charter school propaganda. Just this week the Huffington Post featured Alan Singer’s “Charter Schools Break the Rules and Don’t Seem to Care” and Dale Hansen’s “Privatization of Public Education is a Failure.” Singer sings the old song of “charter schools profit from public dollars,” neglecting to point out that charter schools are, of course, public schools and that any public school “profits” because it receives tax dollars and pays employees. Singer specifically calls out Success Academy:

The network receives federal and state funding and free space from New York City for all of its schools. Among other things it is accused of discriminating against students with disabilities in a legal complaint filed by parents and New York City Public Advocate Letitia James. The network is also accused of protecting staff members who act inappropriately toward children and families.

Yes, SA receives federal and state funding, just like any other public school. It gets facilities (Mayor Bill de Blasio’s efforts notwithstanding) just like any other public school. Many charters are addressing lower enrollment of children with disabilities. Currently 12% of SA students are special needs, one percentage point lower than the 13% enrollment at the city’s charters. In traditional city schools, children with disabilities comprise 16.5% of enrollment.

Singer also accuses SA of “protecting staff members who act inappropriately toward children and families.” In fact, the main “protector” of abusive staff members is the union, which doesn’t exist in SA, although it could if teachers chose that option. For example, check out this video, released this week, that catches on camera “two top union leaders” in Yonkers who “were caught in an ambush video advising a ‘teacher’ on how to cover up a scenario where a black child was hit and left bloodied and bruised in an incident involving a racial aspect.”

Hansen sings a similar refrain in condemning “privatizing” charter schools for poor student outcomes, claiming that they usurp “local control, and noting that charters fail to “get a foothold in areas where the schools are already high performing.”

We’ll take these one at a time.

Local control? What’s more local than parents controlling where they send their kids to school, particularly parents without the financial wherewithal to move to the suburbs or send their kids to private school, the most common forms of school choice in New York City?. In fact, 43,000 children currently wait for openings in N.Y.C.’s  charter school sector. And of course charters “don’t get a foothold in areas where schools are already high-performing.” If parents have quality options, they take them, regardless of the particulars of school governance.

“We must do more to reflect the diversity of our city in our top-tier schools — and we are committed to doing just that while ensuring high academic standards. In the coming months, we will continue looking at ways to address the gap that has left so many of our black and Latino students out of specialized high schools,” a spokesperson for the NYC Department of Education told The Huffington Post.

New York City’s charter schools are one way to address that gap. 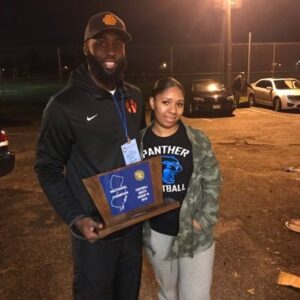 Voices from the Parent Summit: Troy Still’s Mom Fought For

New WHYY Post: In World of Education, What Does it