Correcting the Record: Education Law Center Gets the Facts (and Scapegoat) Wrong on District Consolidation

Yesterday NJTV asked a great question about New Jersey’s education system: why do residents, in a school system with more school districts per square mile than any other state in the country (591 at last count, some with a grand total of 144 students), resist consolidation of school districts, especially those that aren’t K-12? After all, NJTV could have added, this fragmented infrastructure contributes to our unfortunate status as one of the most segregated school system in the country, as well as fiscal inefficiency.

There are accurate ways to respond to this question and inaccurate ways. Here’s an example of the latter from Education Law Center Executive Director David Sciarra:

“Unfortunately under Gov. Christie, the law has just… he hasn’t done anything with it. So we’re now having a conversation about the next governor coming in, can we get this law started again? Get studies going, get work going, get some money put into this, get some studies going, see whether we can start to incentivize these smaller districts to becoming K-12 districts,” said Education Law Center Executive Director David Sciarra.

As Mr. Sciarra surely knows, the law he refers to was passed ten years ago, in a fruitless exercise of hope over experience, at the behest of the Corzine Administration. Here the statute:

No later than three years following the effective date of sections 42 to 58 of P.L.2007, c.63 (C.18A:7-11 et al.), (the Executive County Superintendent will) recommend to the commissioner a school district consolidation plan to eliminate all districts, other than county-based districts and other than preschool or kindergarten through grade 12 districts in the county, through the establishment or enlargement of regional school districts.

Translation: N.J. will create a new position called “Executive County Superintendent,” one for each of the state’s 21 counties, along with new offices and staff. The primary charge of these ECS’s will be to create consolidation plans to merge all districts that aren’t K-12 in order to lessen infrastructural fragmentation, redundancies, and costs. These 21 ECS’s were given deadlines of March 10th, 2010 to present consolidation plans to the Legislature.

This never happened. NJEA and NJ School Boards Association oppose consolidation on general principle: after all, these lobbying groups exist primarily to protect their members and consolidation would require fewer teachers and school board members. The Legislature provided no money for necessary feasibility studies: these costs would have to be ponied up by the districts themselves. And district consolidation would have to be approved by all involved districts, with each district having veto power. Someone’s taxes were going to go up.

Most importantly, New Jersey’s peculiar devout allegiance to home rule and local control forbids consolidation. It’s our charm and our misfortune (as well as one reason among many for our outlandishly high property taxes).

So guess what. It didn’t work, with one exception. In Hunterdon County three districts merged which nowvcollectively graduate 45 to 60 students a year.  In every other case, the ECS’s failed to induce collaboration. ECS’s still exist, as do their offices and staff, but they tend to cover several counties and provide great double-dipping opportunities for retired superintendents.

We can blame Christie for lots of things. One of them, however, is not the preference of N.J. residents for local control over efficiency or equity. 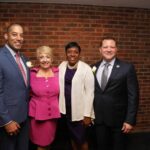 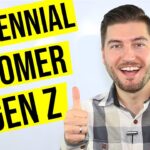 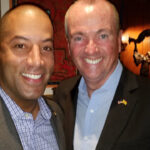 Everyone Ignored the United Opt-Out Conference in Philadelphia: No News