I’m writing to you, not in my capacity as President of the Board of Trustees of HoLa (Hoboken Dual Language Charter School) but rather as a private citizen, a fellow Hoboken resident, to express my personal views about the importance of voting in tomorrow’s school board election.  The opinions expressed here are my own, not those of the Board of Trustees, and the information is accurate and not confidential.   In sum, I want to remind you to vote in the school board election when you go vote tomorrow because it’s incredibly important to Hoboken and to my children.

If you’re like me, you hate local politics. I thought twice about writing this. But as a private citizen, I wanted to share with you—for whatever it’s worth—my own thinking on who the best candidates are for school board.  I truly believe that the Parents United slate (3-6-5—Nelson, Benway, Rossini) are a better option for Hoboken schools—which matters to all of us as residents and/or homeowners. And when I say that I think they are the better option for Hoboken schools, I mean ALL of Hoboken public schools—including public charter schools.  Public charter schools have been in existence in Hoboken for nearly 20 years and are well established as part of the fabric of the public school system in Hoboken.

I want a school board that recognizes that families have a right to choose the school they want to send their child to and that if that happens to be a public charter school, that right should be respected. We currently have a board that, apparently, so dislikes parent choice that they sued HoLa to stop it from growing from a K-6 school to a K-8 school two years ago. The school board’s lawsuit has failed at every legal juncture and our students have already matriculated to 8th grade and will be the first graduating class of HoLa in June of 2017. And yet, the school board continues to press this meritless but costly lawsuit against HoLa’s expansion to include 7th and 8th grades.

Just last week, the state released the annual state PARCC exam results, and HoLa came in as the top performing public school (district or charter) in Hoboken in both math and English language arts.  In fact, HoLa ranks in the top 15% of over 2,200 public schools in New Jersey, and surpassed the performance of districts like Livingston, Princeton, Montclair and Summit. Our current elected school board should be championing that kind of performance, and congratulating the students and teachers of HoLa for their hard work. Instead, the current school board is continuing the lawsuit that seeks to undo HoLa’s 7th and 8th grades—a lawsuit that has already cost taxpayers more than $200,000. The case is now before the Appellate Court awaiting oral arguments.

The 3-6-5 (Nelson, Benway and Rossini) candidates have vowed to put an end to this costly, ill-conceived lawsuit against one of Hoboken’s most effective schools and focus resources instead on where they are needed—in the classroom. That’s good not just for the students who attend the district schools, but good for residents and taxpayers. Sending my educational tax dollars to lawyers is not how I want my money spent. And limiting educational choices for families in Hoboken hurts our property values, and is just wrong.

Please vote for 3-6-5 to help the school board focus on what matters most: the classroom, not the lawyers. 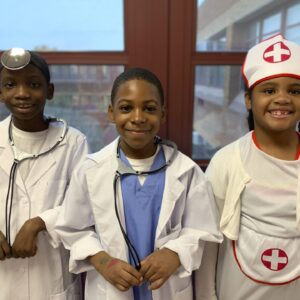 Here’s Some Visual Therapy: Get Ready to Smile!