Just How Irrelevant is the NEA?

This irrelevant: on Tuesday, July 4th, at its annual Delegate Assembly, the National Education Association passed a resolution that would suck the heart out of the healthy charter school sector that currently serves 5% of American schoolchildren. Specifically, NEA leaders resolved that charters must be approved by local traditional school districts (ensuring that no charter ever be approved); that all charters adopt local districts’ pay scales and, presumably, tenure laws; that no charters be expanded, regardless of demand, without considering “the district’s operating and capital expenses”; and that all charters within a state, contrary to best practices, be approved by a “single local authorizing entity.”

Finally, in a fireworks display of reality-impairment that rivals Trump at his worst, NEA declared that “charters inflict significant harms on both students and communities.”

No doubt parents and their children who patiently line up to secure scant slots at public charters schools  would challenge this #AlternativeFact.  In its response to the resolution, the National Alliance of Public Charter Schools noted that “this past school year, six of the 10 U.S. News Best High Schools in America were public charter schools, new studies found considerably greater learning is happening at high-quality charter schools, and a Massachusetts charter school teacher was recognized as National Teacher of the Year.”

One can only assume that the impetus for this absurd “resolution” is fear of competition, never a healthy motivation. Greg Richmond told Stephen Sawchuk, “The NEA seems to be saying that they are not against charter schools as long as they operate just like district schools,” right down to union contracts and school board politics. “What’s the point?”

The point, apparently, is to make charter schools irrelevant. But this strategy won’t work because the resolution merely puts NEA leadership in the position of courting its own irrelevance. Charters aren’t going away. They’re expanding every year. The lesson here shouldn’t be to make innovative charters more like traditional schools but to offer traditional schools some of the freedom from bureaucracy — in exchange for higher degrees of accountability — that make the best charters so beneficial to children and and their parents.

But stay strong, reality-lovers. Not every governing body is irrelevant. Yesterday, one day after the NEA resolution was approved, the New Jersey State Board of Education approved the following changes to charter school law regulations:

The NJ BOE revisions are student-centered, offering continuity, a small degree of facilities aid, and much-needed satellite campuses. In addition, they serve as a stern remonstrance to Education Law Center, which has filed complaints against satellite campuses, specifically in Newark and Camden, where securing a seat in a charter is like scoring a winning lottery ticket.

So all hail the NJ Board and all mourn — or celebrate, if that’s your druthers, although it’s not mine  — the irrelevance of the once-mighty NEA, now reduced to blatant adult-centrism, with nary a consideration of the needs of children and families. 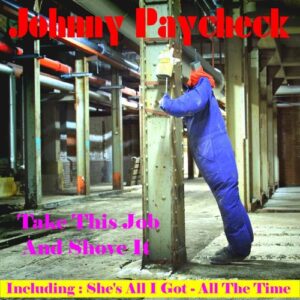 The Difference a Year Makes