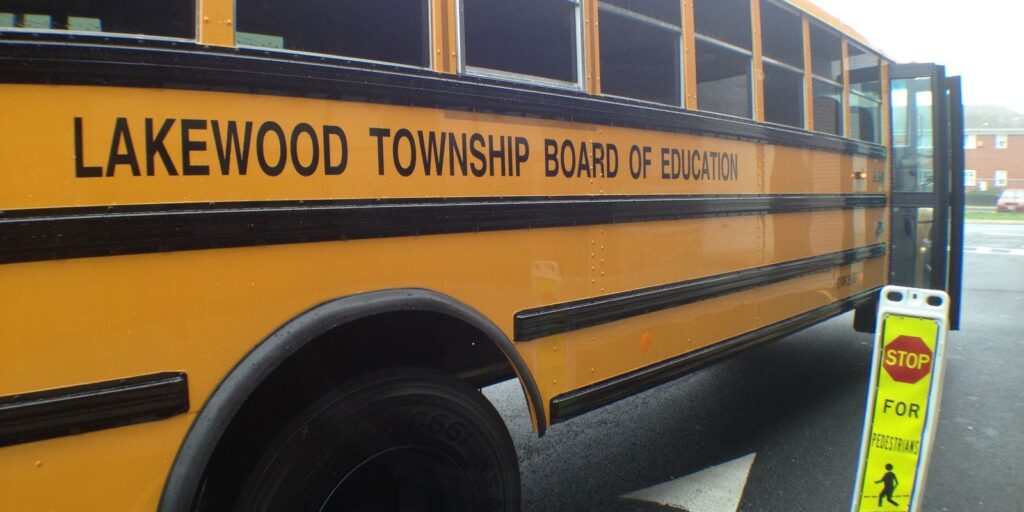 There’s so much news out of Lakewood that it’s hard to keep up. The latest is that the School Board has voted to rehire Michael Inzelbuch as its Board Attorney and “Non-Public Special Education Consultant.”  The latter title doesn’t exist outside of Lakewood but that’s Lakewood for you. Inzelbuch previously served in this post from 2002 until 2012 but was fired, according to the Asbury Park Press, for being in “the center of controversies over sharply increased spending on private religious schools, charges of racial bias, a cheating scandal and regularly poor testing results.”

Inzelbuch says, “it’s a pleasure to be back.” I’m sure it is, especially because the perennially cash-strapped district will pay him $600,000 per year. That, by the way, is not counting the $29,000 he’ll get to cover his health insurance. (Apparently N.J.’s health benefits reform law whereby public employees pay a portion of their benefits premiums doesn’t apply to him.) Also, when litigating cases for the district he will bill Lakewood and state taxpayers $350 per hour.  And he can keep his private practice.

I’m going to dig my school board hat out of the closet and point out a few highlights of Inzelbuch’s remarkable response to  Lakewood’s “Request for Proposals” for this position, or “RFP.”  Boards are required by law when contracting for services like legal, transportation, architectural, etc. to issue RFP’s and then interested parties submit bids. Let me put this delicately: Inzelbuch’s response to Lakewood’s RFP includes a number of peculiarities that sheds light on this meshuga Board’s ignorance of or disregard for district governance. (Perhaps there’s some tie-in here to former Board President Barry Iann’s abrupt resignation last week.)

Inzelbuch’s response to the RFP is largely comprised of 15 “contingencies” that he presents as conditions for accepting the position.  With the exception of two, all are either outside his purview as Board Attorney or against regulations set by the N.J. Department of Education. Taken as a whole, they usurp the duties of the Lakewood Board of Education. In other words, this unelected hack, if you should excuse the shade, presumes, once again, to run the district on the behalf of out-of-district ultra-Orthodox students and at the expense of low-income in-district students of color.

And, by approving his hire, the Lakewood School Board is complicit in this scheme.

Here is a list of Inzelbuch’s demands and the ways in which those demands conflict with his role as an employee of the Board.

Fact: Any board member who wanders by a NJ School Boards Association information session knows that the most important duty of a Board member is to appoint a superintendent best suited for the district. The board attorney plays no role, nor is he or she solicited for opinions. Inzelbuch is way outside the box here. Having said that, the Board reappointed Ms. Winters (who must have a high pain threshold).

Demand: All administrators currently assigned to non-public positions (i.e., those who deal with yeshiva students) must be reassigned to public ones (i.e., deal with in-district students) and the Board will have no discretion over these reassignments.

Fact: Only Board members have the authority to approve personnel appointments upon recommendation of the Superintendent. In fact, it’s not unusual for Board Personnel Committees to interview candidates for higher-level positions. Also, bumping down those non-public administrators to other currently-filled public positions (assuming they’re tenured) will force the Board to lay off less senior administrators, unless Inzelbuch envisions  the Board creating new positions. Either way this is an unexpected expense for a district that has an annual deficit, pre-Inzelbuch’s return, of $15 million.

Demand: Don’t pay the consultant who did a special education study of the district “until a complete review of their findings and analysis occurs.”

Fact: New Jersey DOE regulations strictly govern district “public relations” efforts. For example, districts may not print anything on glossy paper. Yes, it’s that strict. It’s a stretch to hire outside consultants for this sort of work unless you’re talking about a district the size of Newark. Toms River, for example, another Ocean County district with three times as many public pupils as Lakewood, does not have a public relations position.

Fact: Not his call. This is an issue decided by the Board leadership. Perhaps he’s preempting criticism over the fact that, when he held this position earlier, he ran Board meetings himself. Don’t believe me? Check out these youtube videos. In this one, an audience member calls out jocularly to Inzelbuch, who is sitting next to the Board President, “why don’t you two just switch seats?” In this one, he tells a Board member how to vote. When the audience protests (I think a Board member does too), Inzelbuch shouts out, “I’m telling you, don’t piss me off. I’m not telling her how to vote, I’m telling her what she’s voting on.”

Demand(s): Rehire several former board employees as “consultants” for the non-public, i.e., yeshiva sector. Hire a full-time Transportation Director (despite the fact that the State pays a unaccountable consortium of four rabbis $17 million a year to oversee transportation for yeshiva students). Pay costs for Inzelbuch to hire a minimum of four attorneys specifically named in his RFP.

Fact: Not his call. Any respectable Board attorney would never deign to tell a Board who to hire or whether to create new positions.

Demand: Reopen negotiations on the Board’s contract with the Lakewood Education Association to require the union president to have regular teaching duties. (Typically in large districts, the president of the local bargaining unit works on labor issues with half his/her salary paid by the district and the other paid by NJEA.)

Fact: This is a demand fraught with ignorance of the negotiations process and narcissism that borders on pathology. Boards are loathe to reopen negotiations mid-contract because this lapse of  judgement almost always leads to  district-unfriendly concessions. In addition, Inzelbuch has no power, as an attorney devoted to yeshiva issues, to interfere with union business.

I can’t imagine a responsible Board approving these “contingencies.” Yet in Lakewood even the State Fiscal Monitor Michael Azzara endorsed Inzelbuch’s rehire because, according to the Press, “Michael [Inzelbuch] developed a level of respect with the Office of Administrative Law, and they seemed to side with him every time.” In other words, given that the OAL is in bed with Inzelbuch, the math works: Over the last five years, the district’s legal bills have approached or surpassed $1 million per year and much of that, if not all, is due to Inzelbuch, the go-to attorney for ultra-Orthodox families when denied a publicly-funded placement in a yeshiva. Inzelbuch is also considered the spokesman for the School for Children with Hidden Intelligence (SCHI), a state-approved private special education school that costs $112,000 per year per child. Here he is in the Lakewood Scoop, a frum paper, defending SCHI from charges of discrimination against non-Jewish children. Bonus fact: of the 202 New Jersey public school students sent to SCHI during the 2016-2017 school year, just one is non-white and 193 are from Lakewood. This past school year Lakewood Public Schools paid SCHI $22.9 million in tuition, about 20% of its total operating budget.

So, the Board’s logic appears to go, it’s cheaper to keep him on payroll, even with the $600K salary and extras, because he costs even more when he successfully sues the district for trying to follow the law and keep ultra-Orthodox students with disabilities in the federally-mandated “least restrictive environment.” But is it really cheaper? Has the Board calculated the cost of all the extra personnel — a minimum of four extra attorneys, a public relations firm, a transportation director, reassignments of current personnel who serve non-public students in order to hire former employees who used to serve non-public students — demanded by Inzelbuch?

Maybe it is cheaper. But the Board’s acceptance of Inzelbuch’s hubristic contingency list condones violations of the N.J. School Board Member Code of Ethics and reeks of cowardice.

And what of the cost to those whom the Board  pretends to serve? What of the students at, for example, Lakewood Middle School — 86 percent Hispanic, 10 percent Black, 94 percent economically-disadvantaged  — where last year 22 percent met expectations for proficiency in language arts and 13 percent met expectations in math?  How much less money will be available for them now that the Board has committed itself to an absurd list of demands in order to forestall further lawsuits against the district by Inzelbuch?

Sounds like extortion to me. In some towns that’s illegal. Not in Lakewood. GOPAL: Calm Down, Everyone, NJ’s New Sex Education Isn’t What LILLEY: NJ Is #1–At Least In School Closings and Remote