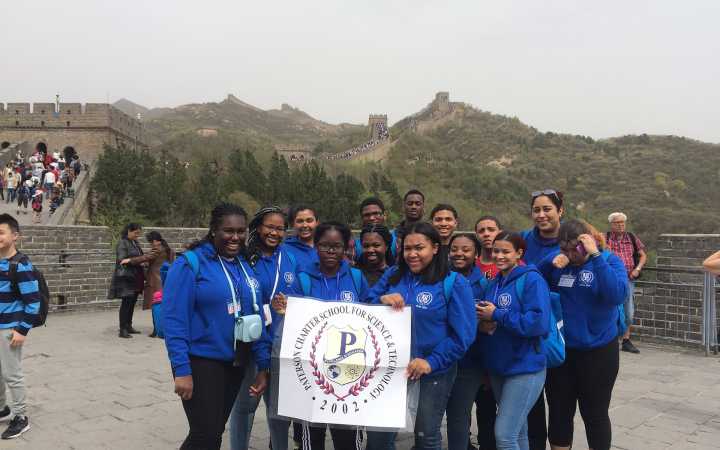 Twenty years ago New Jersey opened its first charter school. To mark the occasion, the New Jersey Charter School Association (NJCSA) released an analysis this morning called “Twenty Years of Charter Schools: A State of the Sector Report.” I’ll be diving into this report in more detail but one aspect is particularly timely: the state of the charter school sector in Paterson

Last week an article in North Jersey  noted this: “more than 98 percent of the students at six [traditional] Paterson high schools failed to attain passing math scores in this year’s standardized state tests.”

Now let’s look at the NJCSA report. How did Paterson charter school students do?

If demographics don’t explain the higher achievement at Paterson’s charters, what does? Longer school calendars? A higher level of parent engagement? Higher expectations for students?  Better professional development of teachers? A more diverse teacher cadre? (From a recent study: “Having at least one Black teacher in the third through fifth grade significantly reduces the likelihood that Black male students will drop out of high school and increases the likelihood that both Black male and female students will aspire to attend a four-year college.”)

There’s no one answer but here’s a hint from the North Jersey article. During Wednesday’s School Board meeting where district officials revealed scores on the standardized tests that measure student proficiency in mandated course content. (N.J. uses PARCC) Superintendent Eileen Shafer called the high school math scores “horrific” and said the district is not “where we need to be overall.” (An accompanying editorial was more explicit: “Paterson saw a decrease in math scores in eight of nine grade levels. Language scores dropped in five of nine grade levels…Put bluntly, more than 98 percent failure in six high schools could easily be described as nearly the entire cohort of high school students taking the PARCC exams in math failed. That is about as close to complete failure as any district can reach.”)

At the top of Superintendent Shafer’s list of “challenges, not excuses” was what she called “forced placements” of teachers in unfamiliar positions last year “because of the layoffs caused by budget cuts. Teachers with seniority sometimes ended up in new positions they never held before, she said.

One sixth-grade class in which none of the students passed math had a teacher who previously worked at the high school level, Shafer told the school board.

Ms. Shafter refers to LIFO, or seniority-based lay-offs. When traditional public schools have to lay off teachers because of enrollment shifts or changing student needs, they are required (in New Jersey and nine other states) to lay off tenured teachers with the least seniority, even if that teacher won a Teacher of the Year award. (This has actually happened more than once. Here’s an example.)

So that’s a big advantage for charter schools: while they operate under stricter accountability regulations than traditional schools in N.J., they are not bound by seniority-based lay-off rules. If there’s an opening for an elementary math teacher, the charter is free to go out and hire the best math teacher it can find/. But traditional districts like Paterson can’t protect their most effective teachers.

Whatever the reason, Paterson’s charter school sector is worth celebrating. In the report NJCSA profiles the Paterson Charter School for Science and Technology where,

[S]tudents are presented with a diverse set of course offerings to meet their needs and interests to prepare them for college and career readiness. Twelve AP and Honors courses are offered in the Sciences, Mathematics, English, Social Studies, World Language and the Arts. Graduation requirements exceed those set by the state, with extra Science and Math courses required of PCSST students. The school embeds character education in the curriculum and has created a unique Advisory program to help build relationships between students and staff.

At the  Paterson Charter School for Science and Technology, 14 percent of students reached proficiency on the PARCC test in Algebra 1. Clearly there’s more work to do here as well but these students are rising to the expectations presented to them. (Scores cited here, by the way, are last year’s because the DOE doesn’t have this year’s scores up yet on its database.) At this school, 96 percent of high school students graduate in four years, higher than the district average of 84 percent and the state average of 91 percent.

One other note. During the Board meeting a representative of the  Paterson Education Fund acknowledged that “we have a long way to go as far as student achievement” but also said that she hoped the next governor Phil Murphy would eliminate the PARCC test and replace it with something else. (N.J., just like every state, is required under the federal education law called ESSA to assess students annually grades 3-8 through standardized tests.)  In other words, replace PARCC with something easier, something less tied to 21st century course content, so that more Paterson traditional school students will pass and more grown-ups will feel good..

All our children deserve that approach, regardless of whether they attend traditional or charter public schools. Until Paterson Public Schools reaches higher, Paterson families will continue to reach elsewhere. The NJCSA report notes, “[i]t is paramount that charter schools continue to grow to meet family demand. Legislation or executive orders calling for a ‘Charter Moratorium’ will be vigorously opposed by NJCSA and its partners.”  No doubt the 50,000 students in N.J. charters and the 35,000 students on waiting lists, as well as their families, will vigorously oppose such moves too.