This Mother Feels “Blessed” To Have Her Children in a N.J. Charter School: a New Report Tells Us Why 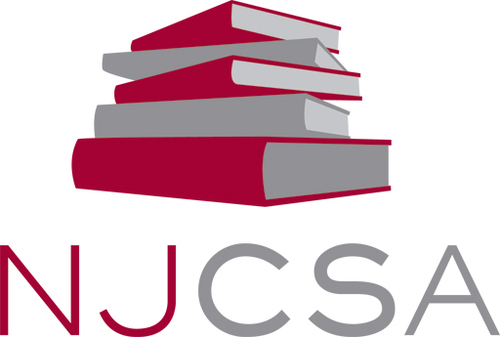 Last week wrote about the New Jersey Charter School Association’s new analysis, “20 Years of New Jersey Charter Schools: A State of the Sector Report,” from the perspective of the struggles of Paterson’s traditional school sector. That quick overview is just a tease of the wealth of data available from NJCSA, which begins its annual convention this morning. (I’m on my way!) I urge readers to check out the full report, which “demonstrates that, overall, New Jersey public charter schools are providing strong educational options for students, especially in our urban centers where public charter schools are successfully narrowing the performance gap.”

New Jersey has 89 charter schools that will serve 56,000 students next fall, about 3 percent of the state’s total public school enrollment. The sector is small but robust because the state exercises strong accountability through careful authorization and oversight. If a charter school is under-performing, even if student outcomes are better than nearby traditional schools, that charter gets the boot. To wit, in the last seven years 21 charter schools have been closed by the state for academic, fiscal, or organizational reasons.

While there are a number of “mom and pop” public charters, even in leafy suburbs like Princeton, many are national operators with strong track records like KIPP, Uncommon, and Mastery. Much of the expansion occurs in poor urban centers with long histories of ineffective school systems; hence the NJCSA report focuses on Newark, Camden, Paterson, Jersey City, and Trenton.  The percentage of district students who attend charters are: Newark, 35 percent; Camden, 31 percent; Paterson, 13.3 percent; Jersey City, 19.2 percent; and Trenton, 21.5 percent. Currently 35,000 schoolchildren sit on charter school wait lists throughout the state.

Here are some highlights from the report.. Don’t stop there, though, or you’ll miss the profiles of a individual charters (including some not in those five cities) and, most importantly, parent voices.

Newark: in 2016, Newark charter school students outperformed their district peers by 23 points in ELA and 20 points in Math. For a deep dive into the success of Newark’s reform efforts, see here for an overview of a report from Harvard University’s Center for Education Policy Research.

Trenton:  In 2016, Trenton charter school students outperformed their district peers by 22 points in ELA and 21 points in Math. For students in the class of 2016, 94% of charter students graduated within 4 years, outpacing both district (67%) and state averages (91%).

Jersey City: Charter school students in elementary and middle schools outperformed their district peers by 8 points in ELA and 7 points in Math but lagged behind in charter high schools in both subjects.

There is much to celebrate within the state’s public charter sector. Yet I don’t think I’m alone — in fact, I know I’m not — in mourning the way that adult politics intrudes into what should be a child-centric enterprise. Buried in the report is this key statement:

Charter schools have demonstrated that, overall, they are producing strong academic outcomes for the students that they serve. It is paramount that charter schools continue to grow to meet family demand. Legislation or executive orders calling for a “Charter Moratorium” will be vigorously opposed by NJCSA and its partners.

The most important “partners” of NJCSA are the parents and children who value public school options once available only to those who could afford to pay for the housing that buys a passkey to N.J.’s best schools. Cecilia Cabrera, Mother of Aylin and Carlos Ivan Cabrera, writes that she was “blessed to have both my children [who have special needs] attend the [Elysian Charter School in Hoboken] from kindergarten all the way through the 8th grade.” Jacqueline Broomfield, whose two daughters attend KIPP’s Team Academy in Newark, says that KIPP’s college placement resources “helped us make the right choice based on goals, finances, and likelihood of admission.”

If anyone believes that N.J. should cease to expand its charter school sector, they best first talk to Ms. Cabrera and Ms. Broomfield. This isn’t about satisfying lobbyists; it’s about offering access to high-quality schools for Aylin, Carlos, and their peers.

“So What” Moment? Buono Chooses a Woman for LG 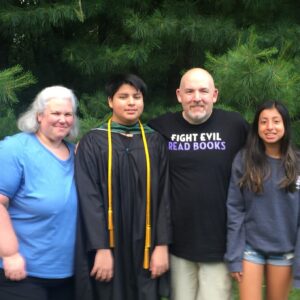 RICCARDS: It’s Time for Parents to Speak Louder in Local