The Votes Are In: New Jersey’s Teachers Union Really Blew It 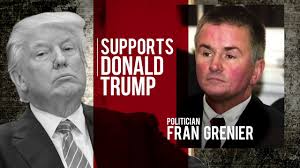 The leaders of New Jersey’s primary teachers union, the New Jersey Education Association (NJEA), have egg on their faces. In a triumph of vindictiveness over intelligence, the leadership of the richest lobbying group in the state decided to spurn State Senator Steve Sweeney and back a Trump-loving, climate change-denying, xenophobic, little-known councilman named Fran Grenier.

Why would union leaders fund a vendetta against this popular senator who already has the votes lined up to retain his position as senate president?

That’s easy: Last year, Sweeney scotched a vote on an NJEA-backed constitutional amendment that would have required the government to make pension contributions that in a few years would exceed $5 million a year. Given how enormous our state’s unfunded public pension and healthcare liabilities are, it’s fair to say that Sweeney made the decision to pull the bill using logic (no way New Jerseyans would have approved it) and math (no way we could make mandated payments).

NJEA, on the other hand, used spite.

This wasn’t just a mere slip-up by union leaders. They were already on the defensive after multiple news outlets reported on profligate salaries and benefits. “Brace yourself,” wrote Tom Moran, editor of New Jersey’s biggest paper, the Star-Ledger. “The top five officers earned an average of $764,000 in compensation in 2015. The big winner was the executive director, Ed Richardson, who pulled in $1.2 million.”

That story was a disaster, especially as the U.S. Supreme Court gets ready (most likely) to rule for the plaintiff in a case called Janus that would make joining a union voluntary in states like New Jersey where membership and payment of membership dues is compulsory. .

Let us count the ways that NJEA leaders screwed the pooch.

The race in District 3 between Senator Sweeney and Fran Grenier was the most expensive state legislative campaign in our state’s history—current estimates are about $20 million. NJEA itself wasted at least $5.3 million of hard-working teachers’ dues. Mike Antonucci calculates each vote for Grenier at $238.70, or the full dues allotment of 6,000 teachers.

In fact, NJEA poured cash into a cognitively-dissonant, sure-to-lose race in order to depose a highly-regarded senator who is a strong advocate for public education (and even understands the intricacies of special education because he has a daughter with Down Syndrome).

Donna Ragonese wrote in a letter to her local paper:

I am a proud public school teacher, but I am ashamed of my union leadership at the NJEA…For the NJEA to support that agenda with our hard-earned money is an outrage that every self-respecting educator should condemn.

Thanks NJEA for making my decision so much easier…Teachers in this state deserve so much better than the leadership you have shown.

Short-sighted and amazingly naive! Many, many members have the same issues with Sweeney, but we’re not about to vote for Grenier, or any other Republican. Not in today’s political climate. Take your blinders off and look at the big picture!

Grenier is a Trump supporter and more importantly a DeVos supporter so the NJEA leadership is just running a vendetta against Sweeney at the expense of New Jersey’s kids. Then again the union itself never has cared about education.

You get the idea.

3. NJEA LEADERS LOST THE GOODWILL OF THE STATE DEMOCRATIC PARTY

In order to provide resources for Sweeney against the power of NJEA, the state Democratic Party had to pull resources away from other races and deplete its funds for future campaigns. Suddenly, relationships among top legislators and these particular lobbyists are less than warm and fuzzy.

“They basically have declared war on all of us,” says Sen. Bob Smith (D-Middlesex). “It’s foolish and short-sighted.”

“It’s very upsetting,” says Sen. Paul Sarlo (D-Bergen). “There are going to be repercussions. They really should have thought this through.”

“What they’re doing is so inappropriate,” says Sen. Loretta Weinberg (D-Bergen). “It certainly does damage to this group of leaders. We’ll never punish kids in the classroom, but they will have difficulty speaking to some members of our caucus.”

In fact, 16 state legislators penned a letter to NJEA President Marie Blistan, urging her “to end your misguided assault against [Sweeney] and join with us in working to expand our majorities in the State Senate and Assembly.” The legislators—all Democrats and all endorsed by NJEA—continue:

The millions [they calculate it at $7.5 million] you’re spending on behalf of Fran Grenier is preventing us from spending money on candidates your own PAC has endorsed. The NJEA’s actions contradict your promise and ours to teachers throughout New Jersey to fight for their best interests, especially in the face of politicians unfriendly to education like Donald Trump, Chris Christie and Fran Grenier.

What do we know about NJEA leaders’ favored candidate, Fran Grenier? Not much, because he’s an inexperienced councilman from a small Jersey hamlet.

But we do know this: Grenier supports Christie’s non-starter of a school funding reform package that would flat-fund all New Jersey students at $6,559 a year, regardless of economic circumstance or district tax base. Considering that we’re one of the most segregated school systems in the country, flat-funding would enrich our extremely posh suburbs and decimate our Newarks and Camdens and Trentons.

This regressive and inequitable platform is, in effect, what NJEA leaders backed by supporting Grenier. In doing so, they lost a lot more than $5-7 million dollars

Why We Need Tenure Reform

Day of Action to Reclaim Power of Union Geezers in