The Soprano State, Muhammed Akil, and PC2E: A Jersey Story 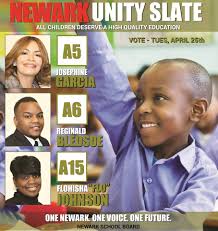 Today the Parent Coalition for Excellent Education (PC2E) announced Founder and Executive Director Muhammed Akil is resigning from the organization to pursue other professional opportunities effective Friday, November 10, 2017…“One of the main objectives of PC2E’s Action Fund was to give the charter school sector a strong political voice in Newark,” said Mr. Akil. “The formation and success of the Newark Unity Slate in 2016 and 2017, with PC2E playing a major role, clearly shows that this mission was accomplished.”…

PC2E’s Action Fund will focus its work on the upcoming 2018 Newark school board elections, while also taking this opportunity to refine its strategic plans regarding continued parent organizing and engagement.

Here’s the real story: sadly, PC2E is a ghost of its former robust self. After a grand beginning — I visited the Broad Street office several times over the last two years and remember the bustle and excitement of offices staffed by motivated directors, parents sitting at tables making phone calls, new signs arriving for distribution — this organization dedicated to amplifying parent demand for quality schools, as well as an expansion of the city’s popular charter school sector, is almost invisible. Its website is down (at least as I write this).  No one works there anymore.

PC2E’s demise is largely due to the antics of its Executive Director Muhammed Akil  but the truth is that it had already begun to lose parent support. Its strategy was to triangulate Newark’s divisive ward politics during school board elections and create three-person “Unity Slates.” Mayor Ras Baraka would choose one member. Another high-profile ward leader would choose another. PC2E would choose the third candidate.

This strategy was a rousing success that first year. In April 2016 two pro-reform candidates were elected (PC2E’s pick, Kim Gaddy, and North Ward Councilman Anibal Ramos’ pick, Tave Padilla) as well as the third member of the Unity Slate, Mayor Baraka’s anti-reform pick, Leah Owens. But the following election cycle this past Spring,  many members of PC2E’s reform-minded parent cadre were disillusioned by what they regarded as the organization’s deference to Baraka. Some told me at the time that PC2E’s leaders had allowed the Mayor to veto stronger choices. They felt let down and their disenchantment showed at the polls where turnout was down by half. For more detail, see here.

An optimistic read was that PC2E was just finding its way, coping with growing pains.  But now, with the recent revelations of Akil’s antics, the damage appears more serious.

Some of you may remember that in 2014, a year before PC2E appeared in Newark, Akil “resigned” from his position as Jersey City Mayor Steve Fulop’s Chief of Staff. The reason for his abrupt departure was  the news that 19 years ago as a callow graduate student he gave a speech at Northwestern University where he used a homophobic slur, called the Pope the “Antichrist” and said that “all white people have a little Hitler in them.” Mayor Fulop told the press he knew nothing about the speech but, anyway, Akil had “evolved” since then. (Note, however, this nugget from an article at the time: “a source close to the mayor has said he knew about the speech and was paranoid about it becoming public. Today, the mayor said that claim is the result of “sh***y reporting.”)

Whatever. Akil apologized but decided, he said, that he had become a “distraction.” He left and began work at PC2E.

But his tenure in Jersey City just won’t die. Last week from the Star-Ledger:

[A] voicemail accidentally recorded more than three years ago when Akil was working as Fulop’s aide was leaked. In the recording, Akil and Shawn Thomas, then the city’s deputy housing director, can be heard talking about the bid process for hiring an energy consultant in 2014.

In the recording Akil appears to call Business Administrator Bob Kakoleski’s cell phone and says one of the bidders for the contract, Good Energy, is “important to us.”

After the call, Akil tells what’s presumed to be Thomas, “This is the kind of s*** where mother****ers go to jail.” Akil told The Jersey Journal he did not remember the context for his statement about people going to jail.

The voicemail, left on Kakoleski’s line, is part of a harassment claim by two former Jersey City employees against a planning office worker

In other words, Akil helped rig a bid for an energy consultant for Jersey City. That revelation kicked him out of PC2E’s doors. But wait, there’s more: connecting the dots, this wasn’t a one-time deal. In fact, Akil started a company while working for Fulop, registered as a non-profit 501(c)3, called More Than a Race (MTR).  Three years ago an industrious reporter at Hudson County View uncovered the following pay-to-play “donations” to MTR:

Senate Place, LLC, which according to NewJerseyBids.com owns 25 Senate Place, received a tax abatement from the City of Jersey City, donated $1,000.00 to MTR.

According to the Hudson Reporter, the first vote to approve was postponed because of public outcry against the project and developer.

CME Associates, an engineering firm, donated $3,770.00 to MTR. According to the Jersey Journal, CME has received hundreds of thousands of dollars in contracts from the Jersey City MUA.

DeCotiis, FitzPatrick & Cole, LLP, a law firm that represented Spectra Energy, which built a gas pipeline that goes through Jersey City, donated $7,540.00 to MTR. According to the same Jersey Journal article, the firm has also received lucrative contracts from the Jersey City MUA.

(The IRS, by the way, revoked MTR’s non-profit status. )

Another donation to MTR came from a company founded in 2011 called NJ 4Ward. Matt Friedman reported in 2015 that “21 firms that have donated to NJ 4Ward made more than $144 million from public contracts in New Jersey in 2014 alone.” Most of those donations went to “political consultants with ties to some of the state’s top Democratic politicians” whose “clients include the Democratic State Committee and Jersey City Mayor Steve Fulop.”

“It’s another way around the pay-to-play laws,” said Jeff Brindle, executive director of the state Election Law Enforcement Commission. “I think the public is losing out. They’re losing [out on] disclosure. … And obviously tangentially it has to have something to do with politics and elections in New Jersey, but it’s one of those areas that unfortunately the law doesn’t cover.”

Ah, New Jersey, the Soprano State. Brindle is right: the public loses out, and that includes the pro-choice parents of Newark who put their faith in a leader who failed them. We’ve got to do better than this.