New Jersey’s Pension Crisis is Largely the Fault of NJEA Leaders: Here’s Why. 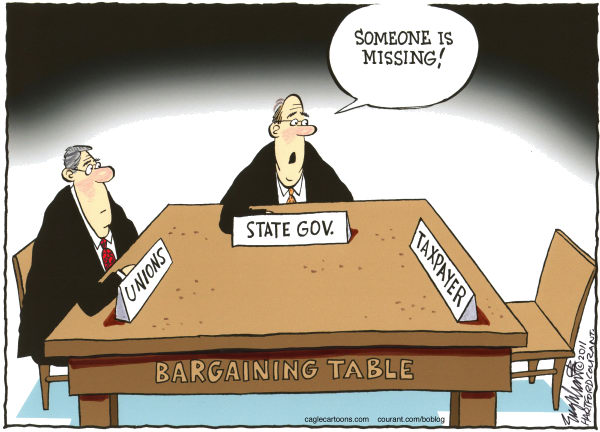 (This is a guest post by Michael Lilley,  former executive director of Better Education For NJ Kids (B4K) and an adjunct scholar at the American Enterprise Institute. For his five-part deep dive into NJEA’s political clout and how it drives N.J.’s pension crisis, click here.)

Democrat Phil Murphy won the New Jersey gubernatorial election last week with the support of many of the state’s public-sector unions, including the powerful New Jersey Education Association (NJEA). Now Murphy must tackle the state’s biggest problem: New Jersey’s deeply underfunded—and costly—public-employee pension system. Without cost-saving reforms, New Jersey taxpayers will have to cough up billions of dollars annually to bail out the system.

Murphy’s problem, however, is that his biggest allies, especially the teachers’ union, contributed mightily to the pension mess over the years by winning plush benefits, acquiescing to accounting gimmicks that made the system look well-funded, and fighting against cost-saving reforms. Murphy has already proposed $1.3 billion in new taxes, and without making the changes to the pension system that the unions oppose, the state’s taxpayers face years of additional tax increases and spending cuts to pay the pension bill.

New Jersey’s public-pension system currently holds less than 38 percent of what the state owes its retirees, which amounts to a $135 billion shortfall. Adding to this unfunded liability, the state also owes retirees $67 billion for future health-care payments, and has set aside no money for that obligation. That’s a combined tab of $202 billion. The entire state budget, by contrast, is $35 billion. To fund its obligations properly, the state would have to put aside $4.8 billion a year, or almost 15 percent of the budget; those costs are expected to grow to $11.3 billion by 2027. Unreformed, the cost of these benefits is unsustainable. During his campaign, Murphy promised to fix the pension system by fully funding it, although he wouldn’t give specifics.

Murphy’s pledge helped win endorsements from the NJEA and other public-sector unions. By law, public school teachers must join the NJEA or, if they decline, pay a so-called agency fee to the union representing 85 percent of dues. The money is deducted from their paychecks, which are largely funded by local property taxes. Last year, the NJEA took in over $120 million in union dues and agency fees. Since 1994, the union has collected $1.85 billion, and it has invested much of this money in New Jersey politics: since 1994, the NJEA has spent $874 million on political activities, or about 56 percent of its annual operational expenditures, an average of $38 million a year.

While the NJEA often blames the state’s pension problems on politicians, the union bears significant responsibility for the crisis—in part because of the disconnect between the state, which funds teachers’ pensions, and local school districts, which actually employ teachers and pay their salaries. This dichotomy drove pension costs higher because local districts were free to hire more workers and pay them more, without having to bear their higher retirement costs. When former Democratic governor James Florio tried to shift pension costs to local districts in the early 1990s, the NJEA fought back furiously. In the 1991 legislative elections, the union endorsed 46 Republicans and three Democrats, helping to flip the legislature from a Democratic majority to a Republican super-majority. Neither Democrats nor Republicans forgot that message.

During the ensuing decade, the NJEA lobbied for many of the laws that have undermined the state pension system. In 1997, the union won their members the “non-forfeitable right” to pensions—meaning that current workers could never see any benefit cuts, even for work they hadn’t yet done, as long as they worked for the state. One result, according to the 2014–2016 state pension and benefits commission, is that when Governor Chris Christie signed the 2011 pension reforms into law, the cost savings did not apply to 89 percent of all teachers—muting the impact of the legislation. Also in 1997, the NJEA supported a disastrous state scheme to use debt to bolster the pension system. To win union support, Governor Christie Whitman gave workers a reduction in their pension contributions, in exchange for backing the gimmick. The legislature later banned such borrowing.

In 2001, the NJEA was the driving force behind one of the great swindles in New Jersey legislative history. The union had persistently pushed for pension enhancements, and with a compliant legislature and governor, unions won a 9 percent retroactive increase in all pensions. The legislature reached back to 1999 to value pension assets when they were billions of dollars higher—even though the legislature was fully aware that by 2001, a market crash had severely reduced the system’s assets. In 2010, when the Securities and Exchange Commission cited the state for misleading investors about the state of the pension system in its bond documents, it highlighted this accounting trick as a key misrepresentation.

The NJEA also fought and largely blocked all serious efforts at reform, notably the changes recommended in 2005 by a pension commission appointed by acting-governor Richard Codey (led, ironically, by now Governor-elect Phil Murphy), and those recommended by the 2006 special legislative session called to deal with the crisis. The union has also been instrumental in opposing the recommendations of the most recent state pension and benefits commission.

Now Murphy, who surely can do the math, has promised unions that he will fully fund this broken pension system—without reforming it—thus rewarding the interests that helped create the crisis. Bowing to the teachers’ union may be a good way to get elected, but it doesn’t bode well for New Jersey taxpayers.

Another Quote of the Day

How the NEA Undermines School Reform

Philadelphia Principal on Academia’s “Privilege and Arrogance” Regarding Parent Demand