Lakewood Fiscal Monitor: “This Entire District, When it Comes to the Staff, I Would Say It’s a Culture of Fear.” 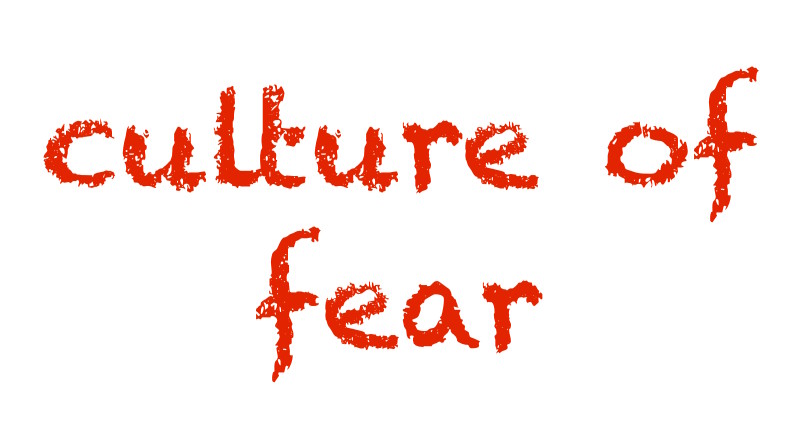 Once again Lakewood Public Schools has failed QSAC, formally known as the Quality Single Accountability Continuum. That’s a mouthful but it’s pretty simple: every three years districts are rated — both by themselves and the state — on five areas of competency: Instruction and Program; Fiscal Management; Governance; Operations; and Personnel. In order to pass, districts have to get an 80 percent on every section and if they meet that mark they are categorized as “high-performing.”  If not, then they fail this state accountability assessment, which is actually a pretty good measure of whether districts are educating students effectively, managing money efficiently, adhering to school board ethics and protocols, following appropriate procedures, and hiring/assessing staff members according to law. Districts that fail must submit Corrective Action Plans.

On Lakewood’s report card it was given great marks in the areas of  Operations and Personnel but flunked the other three areas:

State statute requires school boards to disclose QSAC results at public board meetings and typically these results are thoroughly discussed. But this is Lakewood, never a fan of transparency. The Asbury Park Press notes that during the December Board meeting where the assessment was made public, the district’s failing marks “did not prompt discussion among board members during the one-hour meeting that mostly included fanfare over a student art contest.”  The reporter says she sought commentary from Board President Moshe Bender and schools Superintendent Laura Winters but they “did not return calls.”

However, Board Attorney Michael Inzelbuch was happy to oblige. According to the Press, Inzelbuch said that “a lack of discussion did not mean apathy on the part of the board” and cited “low student test scores and a budget deficit as cause for the failing scores on the QSAC review.” He added, “this really points to, we need a long-term solution here in the fiscal area other than taking more loans, other than begging the township for grants.” And before the meeting,  the Board Attorney told the local frum paper, the Lakewood Scoop, that “the board is on the upswing despite numerous issues facing our community.”

In other words, all Lakewood needs to ace QSAC  is more money. (Currently the district has a $15 million deficit. The State just gave it a “loan” of $8.5 million.)

But it needs far more than that — not money, but commitment to public school children.

First let’s look at the money spent on the 6,000  students who actually attend public schools. The district’s annual operating budget this year is  is $143,455,116 but according to the DOE it allots only $13,918 per student, far too little for low-income students. The proof is in QSAC, which graded Instruction and Program at a failing 54 percent.  At Ella G. Clarke Elementary School, for example, 96 percent of its 453 children are economically-disadvantaged and 88 percent of children speak Spanish at home. Only 10 percent of third-graders are at grade-level in reading, an important indicator for future academic growth.  Most schools would be able to budget about $17K – $25K for that demographic.

Where does the money go?

You know the answer by now: to bus 21,000 ultra-Orthodox students ( an additional 9,000 live too close to schools to qualify except under “courtesy busing”) in gender-specific buses to Lakewood’s 130  yeshivas at a cost of more than $16 million per year. The district used to manage transportation but in August the state approved a group of ultra-Orthodox men to run the Lakewood Student Transportation Authority, which has no oversight,.even though the law requires it.

The money also goes to pay sky-high tuition for 361 special education students, almost all ultra-Orthodox, to attend one of the two Jewish-only schools approved by the state (The School for Children With Hidden Intelligence and The Special Children’s Center), as well as non-special ed yeshivas like  Orchos Chaim, which, according to these Board Minutes (see page 22),  charges from $7,000 – $11,000 per child per month.

How can this happen in a public school district?

Because the school district isn’t structured to offer children access to their Constitutionally-mandated “thorough and efficient” education system. It’s structured to benefit the ultra-Orthodox community, which kneels to the Vaad, a group of 11 ultra-Orthodox men who control school board, municipal, state, and national elections.  Paul Mulshine wrote last year,

The ultra-Orthodox control the Township Committee, the school board and the zoning board. This creates all sorts of problems for the residents who are not ultra-Orthodox.

The school board’s first priority is not the public schools, but busing programs for the religious schools. The public schools are so broke that recently the high school ended the football program. It was saved only when the Township Committee chipped in $84,000 to keep it going.

That’s why Vaad-approved Michael Inzelbuch, recently gifted with a contract that pays him $600,000 per year, plus benefits, plus litigation costs, plus jobs for his friends, plus the freedom to maintain his private practice, answers reporters’ questions about QSAC, instead of school officials responsible for student achievement.  (The State Attorney General is investigating whether the contract is legal because Boards must request bids for legal services, not hire whom the Vaad tells them to. For more, see here and here.)

By a 6-1 margin, the board voted to appoint Michael Inzelbuch, who previously served as the board’s attorney from 2002 to 2012. The lone “no” vote came from board member Heriberto Rodriguez [one of two board members from the non-Orthodox community], according to an audio recording of the vote. After Rodriguez voted no, someone in the audience could be heard saying “thank you,” followed by applause from others in attendance.

That’s why Senator Robert Singer, who represents Lakewood, kneeled to the Vaad and proposed a bill that sends state money to an unaccountable Consortium to bus yeshiva students.

The bill prompted one of the most unusual debates I have seen on the Senate floor. Speaking for the bill was Robert Singer, an Ocean County Republican whose district includes Lakewood — and who does a masterful job of protecting its interests.

Speaking against was Democrat Loretta Weinberg of Bergen County. Weinberg is Jewish, but not Orthodox, and she argued that the bill seemed to be in direct violation of the separation of church and state.

But that’s Lakewood Public Schools: a direct violation of the separation of church and state where taxpayer money — intended to educate the disenfranchised students who attend schools like Ella Clarke Elementary — is sent to yeshivas, many of which adhere to Haredi practice and offer little secular instruction and don’t meet the State’s definition of a “school.”

According to  New Jersey Department of Education (18A:38-25) a “school” must fit this definition (for more, see here):

Do yeshiva student receive “instruction equivalent to that provided in the public schools”? For answers check out some of the testimony given by Lakewood Fiscal Monitor Michael Azzara in a transcript from a tenure hearing dated Dec. 14, 2015 (sorry, no link):

Azzara: When we were discussing this, and we met privately with leadership of nonpublic schools on a number of occasions, I  mean, they basically admitted, If we — we provide two and a half hours of actual academics, that’s a lot. And some of our boys schools don’t provide any.

Lawyer (Mr. Zitomer): In other words, was it purely a religious instruction?

Azzara: And it concerned me that we were placing –that the children — these were public school kids once they were classified, and I couldn’t understand how children with learning deficits or disabilities could function or progress or catch up in schools that didn’t even really have a curriculum or a substantial academic program.

Later in the transcript:

Azzara: This entire district, when it comes to the staff, I would say it’s a culture of fear. Orthodox employees fear that if they do the wrong thing they will be — they will get retribution or punished by the orthodox community where their children go to school, possibly have their own children taken out of a particular school.

There are people in here who are under the — you know, and I guess it was like that in years past, where if they say something of do something that upsets someone above them, that they are basically putting their neck on the chopping block.

We had the one case where you guys sued me, and nobody, nobody wouldd sign an affadavit.

Azzara: Because they were afraid of retaliation.

Later in the transcript in a discussion of  an Orthodox preschool called The Special Children’s Center (SCC), which was originally created by the district to save money but now costs $66,274 per year.

Lawyer: Do you know who [the SCC’s] attorney was?

Lawyer: And I think you also testified that Senator Singer was putting pressure on the district to get SCC approved?

Azzara: That would be a fair characterization.

Lawyer: Did you speak to Singer directly?

Lawyer: At any point in time did he say anything about the superintendent not doing her job?

So, what do we have here? First, we know that the Lakewood takes taxpayer money and sends ultra-Orthodox children with disabilities to  schools that don’t meet the state’s definition of a school and don’t address special needs. Second, we know that ultra-Orthodox staff members are afraid to speak up about inequities they witness every day because of what Mr. Azzara describes as “a culture of fear” and “fear of reprisal.” Third, we know that Senator Singer makes judgements about administrators that he has no business making — that is the sole provenance of the school board — and is beholden to the Vaad. In truth, there is no real school board, at least not one that adheres to the New Jersey School Board Code of Ethics which includes this:  “I will make decisions in terms of the educational welfare of children and will seek to develop and maintain public schools that meet the individual needs of all children regardless of their ability, race, creed, sex, or social standing.”

Michael Inzelbuch claims that the district just needs “a long-term solution here in the fiscal area.” But it needs far more. And nothing will change without an exorcism of that “culture of fear” and a school board that is committed to maintaining public schools that provide for the educational welfare of children.

Should NJ Keep Kids in School Til Age 18?

Here’s a Fact from “The Rubber Room,”