If We’re Really About Leveling the Academic Playing Field, We Need to Prioritize the Arts 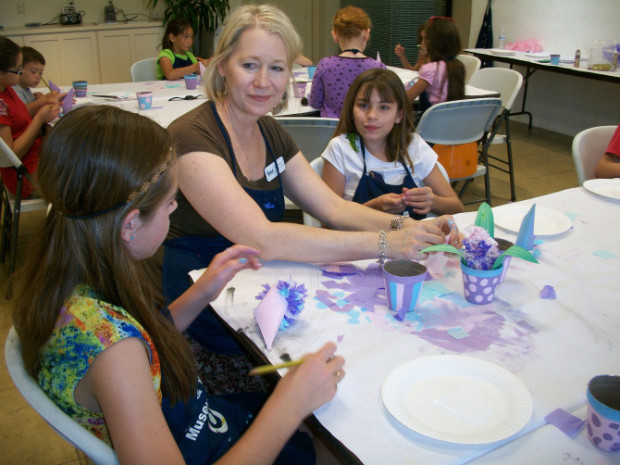 Once upon a time, standardized tests were given to adults from all walks of life to prove themselves worthy of certain jobs that they would otherwise not be able to access. These original tests reflected the values of that time and place, and those priorities formed the basis to implement a merit-based system. Standardized tests have drifted too far from the original design, and we need to re-calibrate them back to the first ones created.

The Chinese created the first standardized tests in the sixth century. The imperial families used standardized testing as a means to implement social reform, shaping social structure based upon merit. The imperial examinations used a merit-based system to look for candidates to fill civil service positions at the local level in rural districts, as well as higher positions in metropolitan areas.

The story of how these Chinese inventions got to the U.S. might surprise you. In the 19th century, the British Empire colonized parts of China and learned how the imperial examinations helped level the playing field. British administrator Thomas Taylor Meadows wrote to the British government explaining the success of standardized imperial examination

The long duration of the Chinese empire and every successive dynasty is due, to a greater or lesser degree, to the policy that good government consists of the advancement of people of talent and merit.

Great Britain adopted standardized testing in the 19th century, and from there it came to the United States. Much like the original usage in imperial China, the Army Alpha and Beta tests searched for officers in a manner that removed bias between people from different socio-economic backgrounds. In addition, it took into account different literacy levels.

The Army Alpha test included the earliest examples of analogies tests, number-completion tests, synonym tests, and antonym tests, and the Army Beta test, designed specifically for people who were illiterate, introduced the first incomplete-pictures test and coding test, all the subtests being strictly timed.

One of the psychologists who worked on the military test was Carl Brigham, a faculty member of Princeton University who eventually chaired the College Board commission in the 1920s to create the Scholastic Aptitude Test (SAT), which tests just Math and Verbal proficiency. Again, its purpose was to equalize. In this instance, a standardized test gave students of various economic backgrounds opportunities to attend college.

Today, we have a national test called PARCC, which is used by eight states, including New Jersey. Unlike the original standardized tests, PARCC is given to children, not adults, and is used as a discovery tool to find out if all children in all zip codes are achieving academic proficiency in the same material. The worrisome detail of PARCC is the fact that it steers students, teachers and administrations to focus on Math and English Language Arts at the expense of other subjects.

However, the reality is math and language arts are only one portion of the equation for equalizing education. The arts play a major role. The reason to bring the arts to testing like the original tests in China is because as a culture we value these components of society. In addition, there is hard evidence that studying the arts increases college matriculation from lower income areas. The National Endowment for the Arts completed a longitudinal study that concluded that children in low socioeconomic-status communities who have a strong foundation in the arts have better academic outcomes.

Teenagers and young adults of low socioeconomic status (SES) who have a history of in-depth arts involvement show better academic outcomes than do low-SES youth who have less arts involvement. They earn better grades and demonstrate higher rates of college enrollment and completion.

Some states see benefits to arts education and have implemented programs. About half a dozen states that include New Hampshire, Florida, and Michigan. have standardized tests for the arts. New York City’s Mayor Bill de Blasio allocated $23 million per year to arts education. The city increased the number of schools to receive grants for arts programs for English learners and students with disabilities . In 2014, 144 school received this type of grant money, and last year 343 were given this type of grants.

If New Jersey is to seriously implement a system that equalizes educational opportunities, we need to augment opportunities for art and go back to the original tests that give a holistic view of children. In Ninety Minutes a NJ Legislative Committee Will Vote On