Great News! Lakewood Board of Education and Michael Inzelbuch Threaten to Resign 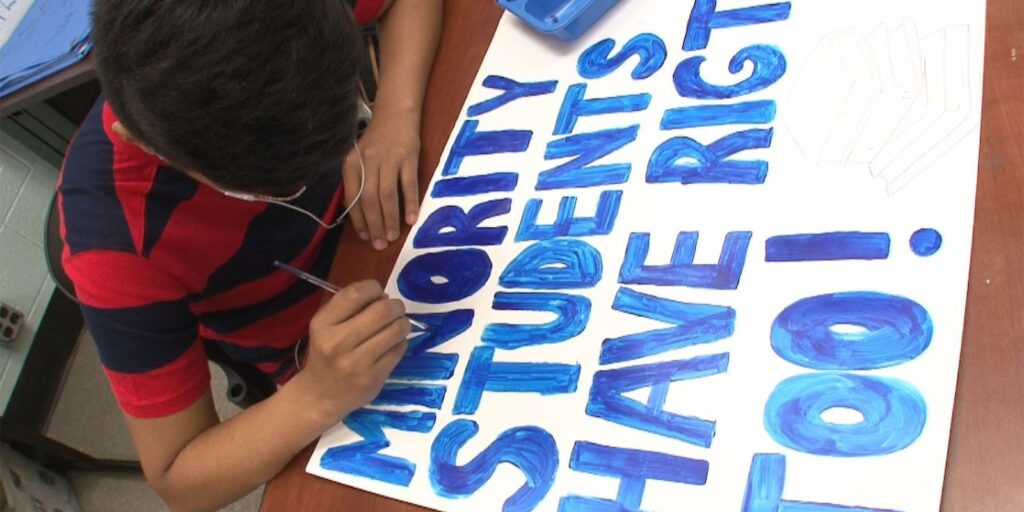 “Tell the state we’re not to be messed with,” Board of Education lawyer Michael Inzelbuch boomed into a microphone inside the high school commons last week, prompting cheers from hundreds of athletes.

That’s yesterday’s Asbury Park Press capturing the tone of a meeting masquerading as an athletic banquet that was really Lakewood Public Schools’ roll-out of the big artillery in its quest for more state cash.

That’s all true. Within New Jersey’s fastest-growing city reside 30,000 ultra-Orthodox K-12 students, many who are transported to 130 different yeshivas in gender-specific buses at a cost of $16.7 million a year. This revenue stream, managed by an unaccountable group of ultra-Orthodox leaders under the umbrella of the “Lakewood Student Transportation Authority” was established through, well, a unique legislative bill sponsored by Lakewood favorite son Senator Robert Singer.

Also, Lakewood needs lots of money to pay sky-high tuition rates for 361 ultra-Orthodox special education students to attend one of the two Jewish-only schools approved by the state, The School for Children With Hidden Intelligence and The Special Children’s Center. Some of these students are placed in non-special ed yeshivas like Yeshiva Orchos Chaim, which, according to page 22 of these Board Minutes charges from $7,000 – $11,000 per child per month and, in violation of state law, provides little, if any, secular instruction, which State Fiscal Monitor Michael Azzara confirmed here.

As ultra-Orthodox families get priced out of Brooklyn and move not only to Lakewood but also to surrounding towns like Jackson and Toms River, even north to Jersey City, the fiscal and educational inequities that plague Lakewood’s traditional school families, all Latino, Black, and mostly low-income, will spread to other districts. Eventually N.J. lawmakers will have to treat Lakewood less as an outlier, undermining Inzelbuck’s et. al. arguments for special treatment. The state may also have to face the  inconvenient truth that ultra-Orthodox yeshivas are non-compliant with New Jersey’s definition of a “school” and are ineligible for taxpayer money. (See here for more on this.) But for the moment let’s stick with Lakewood.

In December the Board of Education commissioned a report from Sue Gamm, a retired special education administrator from Chicago, now turned consultant. Ms. Gamm has a long history with Lakewood. In 2006, during Inzelbuch’s previous leadership of the School Board (yes, he’s the Board attorney* but he runs the meetings: see here) she helped defend the district against charges initiated by ACLU. The state, according to the New York Times, “found that the Lakewood district maintains a segregated special education system” — sending ultra-Orthodox children to private and expensive Jewish-only schools and sending  non-Jewish children to in-district programs —  but later withdrew its findings.  Last summer when Inzelbuch submitted his remarkable list of requirements that the Board would have to meet to rehire him, one of the fifteen “contingencies” is this one:

The ability of the undersigned [i.e., Inzelbuch] to assemble a “legal team” consisting of David Rubin, Esquire; Edward Dauber, Esquire**; Leigh M. Manasevit, Esquire; etc., who will vigorously defend and proactively litigate matters (if they are available) on behalf of the district. As to experts, Sue Gamm, Esquire and other noted educational professionals also will need to be assembled. It is understood that the Board will render payment to these individuals. [Emphases my own.]

Her  report says just what the lawyer ordered: Lakewood needs more money because its demographics are so unusual and our school funding formula known as SFRA  (yes, the one Gov. Phil Murphy and NJEA want to preserve) is so flawed. First,  SFRA overstates Lakewood’s wealth by 629 percent. (Read the report if you want to take a math dive.) Second, Lakewood has almost as high “a birth rate as Niger, Africa.” Third, Lakewood sends a disproportionately high number of white*** special education students out-of-district. (Math toe dip: 3 times higher than the state rate, 8 times higher than the national rate, and  a 44 percent increase in the last six years.)

What’s Gamm’s conclusion? If LSD had more money at its disposal, it could create in-district programs for all those “white” students and save money. But it can’t because it doesn’t have any money. And so the state should give it more money.

Of course, Gamm neglects to point out that even if the district created stellar in-district programs, “white” families wouldn’t send their kids there because they’d  be exposed to gentile students.  And the report concludes with a chutzpadik hit on a newly-opened charter, Ocean Academy Charter School, which offers school choice to low-income students of color, a privilege that Lakewood reserves for its ultra-Orthodox families.

Schools officials, allied with Sen. Bob Singer, R-Ocean… hope to combat the perennial problem this year by launching the funding fight early and hoping new state leadership will work in their favor.

Inzelbuch, an alumnus of the high school, is emerging as a vocal figure in the burgeoning effort to lobby the state, threatening he and the entire Board of Education would resign if the state doesn’t step in.

Asked if that was true, Board President Moshe Bender smiled, pointed to Inzelbuch, and nodded.

A mass resignation would benefit the children who actually attend Lakewood Public Schools. Maybe the state should call Inzelbuch’s bluff.

*It’s unclear if Lakewood’s hiring of Inzelbuch at an annual retainer of $600,000 plus many extras is legal. The State Attorney General, prompted by Education Law Center, is investigating the matter.

** From the Asbury Park Press: “The Lakewood Board of Education has hired a lawyer to defend how it pays its lawyer. At issue is board attorney Michael Inzelbuch’s $600,000 retainer, a deal the New Jersey attorney general says may violate state rules because of the amount and because Inzelbuch is being paid in advance of work he does. To address those concerns, district leaders agreed to spend at least $400 per hour to hire another lawyer to ‘communicate and review matters with Attorney General’s office,’ according to board minutes from late September. Edward Dauber of Greenberg, Dauber, Epstein & Tucker will not be the only one receiving district dollars. Paralegals and associates from the firm will also receive $100 and $275 per hour, respectively, according to the Board of Education documents.”

The Future of No Child Left Behind and New Jersey’s