Six Ways in Which Lakewood is “Special”; Or, What Happens When Local Control Runs Wild 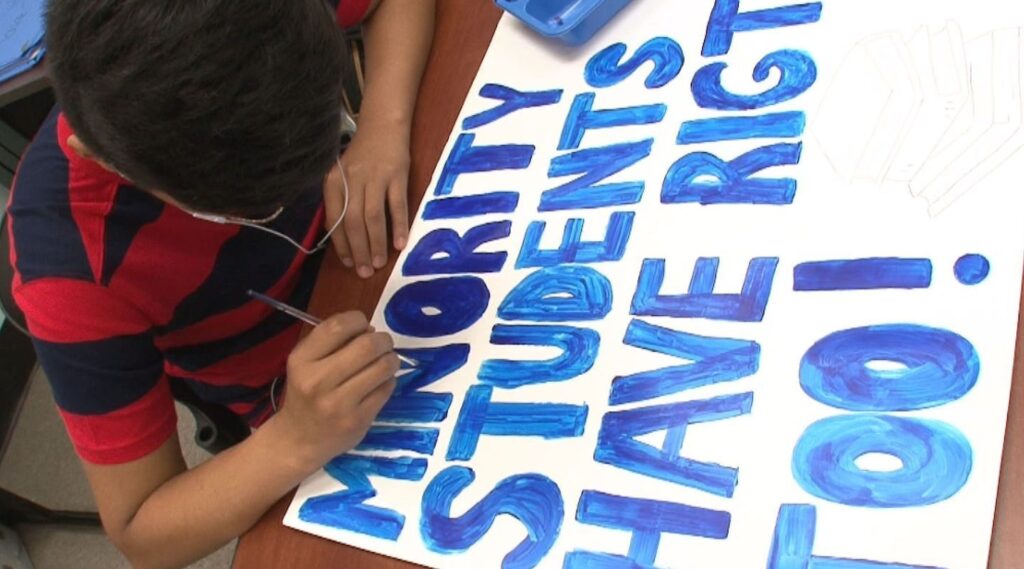 I’ve been thinking about local control lately and the ways in which it contributes, both locally and nationally, to public education inequities. New Jersey, of course, is local control run wild —  late Assemblyman Alan Karcher called us an exemplar of  “multiple municipal madness” —  with our 590 school districts and 565 municipalities. Every attempt to even out disparities in funding and affordable housing fails miserably because no amount of money — think of Asbury Park with its $35,632 per student allotment — can compensate for institutional failure. Yet, to plagiarize F. Scott Fitzgerald, we beat on, boats against the current, borne back ceaselessly into the past.

Nowhere is this riptide of inequity more apparent than in the Ocean County city of Lakewood. Yes, Lakewood is special: what other municipality has 30,000 ultra-Orthodox children who attend private religious schools and 6,000 low-income minority children who attend district ones? (Qualifier: Howell and Jackson are taking baby steps towards similar demographics and, just across the Hudson*, East Ramapo, N.Y. is already there.)  In N.J. children enrolled in private or parochial schools within twenty miles of their home have the right to transportation (although not courtesy busing, which Lakewood supplies) or “aid in lieu of transportation” (an annual payment of $884). Those classified as eligible for special education services also have the right to receive those services at public expense. The costs of these two items, transportation and special education services for non-public school students, eat up more than a third of Lakewood’s annual operating budget of $143,455,116.

Most school districts would balance budgets by finding economies of scale, following the law and placing children with disabilities in least restrictive environments, and placing limits on courtesy busing or at least insisting on non-gender-specific buses. Not Lakewood: no amount of money is enough for this dysfunctional and unaccountable district controlled by the Vaad, a committee of ultra-Orthodox leaders. No fiscally responsible compromise is attainable.

Last year Lakewood Public Schools had a deficit of just under $15 million. The state gave it an “advance” of $8.5 million. This year Lakewood has a budget deficit of $28 million (earlier in the year it was $15 million — not sure what happened) and is asking for another advance from the state for the full $28 million. (Michael Inzelbuch, the Board attorney for non-public students who signed a possibly-illegal contract for $600,000 per year, plus generous benefits, says he doesn’t want to call it a “loan” or an “advance” because the district will never be able to pay it back.)

You know what? The state may very well hand over the cash. Yet local control is a strange animal: sometimes the inequities aren’t contained but extend globally.  If more money goes to Lakewood, less goes somewhere else because school funding is a zero-sum game. Until someone high up in the Statehouse grows a set, Lakewood will continue to shortchange low-income minority students who attend public schools and privilege the ultra-Orthodox Lakewood students who attend yeshivas that don’t meet the state definition of “schools.”

I’m a Lakewood High School graduate from way back in 1982 and I’ve seen such a great deterioration here. Is there anything lacking in the Jewish community as far as the children go? Somebody can answer that. I know the answer is no.

Number One: Unlike all other 590 school districts in New Jersey, Lakewood Public Schools District uses $112 out of each student’s allotment of funding to pay for legal costs, almost six times as much as other neighboring districts. One reason is that it has a contract with attorney Michael Inzelbuch for $600,000 per year plus generous benefits. Another is that the culture of the ultra-Orthodox community is to file suit against the district when it wants a child placed in a yeshiva at district expense and the district almost always loses. By the way, the State Attorney General says that Inzelbuch’s contract “may not be consistent with state Department of Education regulations.” Ya think? Here’s my drill-down.

Number Two: Unlike all other 590 school districts in New Jersey, Lakewood delegates busing of those 30,000 yeshiva students to something called the Lakewood Student Transportation Authority. This entity, created through legislation by Lakewood’s patron saint Senator Bob Singer, is unaccountable to the state, despite the fact that Lakewood is spending $27,648,082 on busing and next year is projected to require an additional $3 million. Here’s a video of Rabbi Avi Schnall explaining to Jackson parents (who also rely on the LSTA for transportation) why they haven’t gotten either busing or “aid in lieu of transportation.”

Number Three: Unlike all other 590 school districts in New Jersey, Lakewood spends $31,963,753 on tuition to private special education schools for ultra-Orthodox children with special needs.  Some don’t meet the state definition of “school” because they make only a token wave at secular studies. When state auditors tried to visit some of these yeshivas that were receiving money for special education students and, therefore, obliged to adhere to the state course content standards, they were turned away. (See here.) That’s unaccountability for you.

Number Four: Unlike all other 567 municipalities in New Jersey, Lakewood residents who fraudulently collected Medicaid payments and other entitlements — 159 people received $2.2 million by lying about income and assets —  were given special treatment through an amnesty program only available to Ocean County residents. (Lakewood is the largest city in Ocean County.) When setting up the program, the state consulted with a single community group: the Lakewood Vaad.  From The Record:

Pastor Glenn Wilson, whose church in Howell has a congregation of largely black and Latino worshipers who come from neighboring Lakewood, said he did not know anyone who applied for the amnesty program.

“I am always in favor of forgiveness, but we have to be careful that we’re extending the same favor to the other groups that may commit similar crimes,” he said Tuesday.

Number Five: Unlike all other 590 school districts in New Jersey, Lakewood Public Schools has requested a $28 million “loan” from the state. This is in spite of the cataclysmic underfunding of districts like Bound Brook, Manville, Freehold Boro, Manchester Regional, East Newark, et.al. In fact, 65 percent of districts in N.J. are underfunded and Lakewood is in much better shape than many other districts.  This from a recent post at New Jersey Education Aid:

Although [the state funding formula] does not work for Lakewood and the district does require additional state aid, the district also has the ability to increase the tax levy in excess of 2% (which it has been doing).

"The state shouldn't put any more money in until the monitors gain control over the budget and ensure the proper, effective use of all funds," said David Sciarra of Education Law Center. Sciarra's group filed the complaint over Inzelbuch's salary. https://t.co/SDLdXXhqhI

Number Six: Unlike all other 590 school districts in New Jersey, Lakewood Public Schools just put this up on its homepage:

Be it further resolved, that Confirmation in writing must be received prior to the May 7, 2018 scheduled public hearing for the budget.

One hardly knows where to begin. First of all, the state has absolutely no say in local bargaining agreements, besides legislation that until last year required staff to increase contributions towards their pension and health benefits premiums. Salary increases are dictated by the negotiations process between school boards and the local union representatives. But let’s give Inzelbuch (he had to have written this) points for creativity. If he maintains his distance from reality and logic, then, in effect, he is telling the state that teacher salaries and potential lay-offs that will affect only the minority and low-income students who attend district schools are dependent on its willingness to fork over extra money. Some might call this an elegant form of extortion.

No other school district “requested” from the state “confirmation” of the amount a board can budget for salary increases. That’s because the system isn’t set up that way.

But Lakewood gets to break the rules. That may work for its privileged children whose parents and leaders control voting patterns, zoning, housing, and municipal and school district affairs within the locality. But for the minority families of Lakewood excluded from the elite circle, local control manifests as inequity and deprivation.

I don’t think this is what the Torah means by “the chosen.”

*Correction: East Ramapo, NY is actually on the same side of the Hudson River as New Jersey. Hot Off the Press: New Report from NCTQ Reviews Newark's