Sometimes Timing is Everything: A New Program from Walton Family Foundation Offers Help For Charter Schools 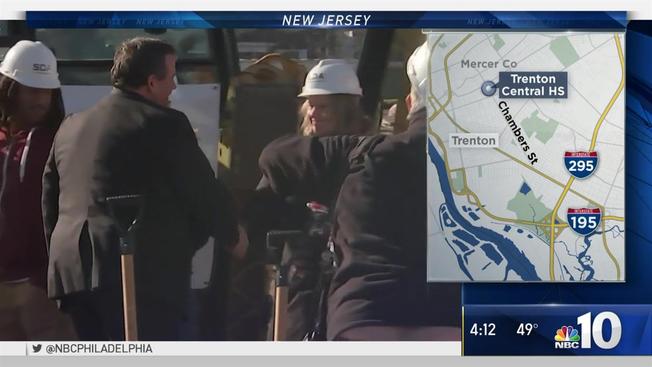 The State of New Jersey is building a new school for Trenton Central High students and staff at the cost of  $117 million because Trenton is an Abbott district and state funds cover all costs of construction and renovation. Less than one mile away on Chambers Street, the International Academy of Trenton Charter School (IAT), as I wrote last week, is on the verge of closure. One reason that the Department of Education is rescinding IAT’s charter, pending appeal, is the school’s rocky start, in large part due to its difficulty creating appropriate facilities. In New Jersey, public charter schools — even in Abbott districts — are disowned from facility funding, a major flaw of our 23-year-old charter school law. (From NJ statute 18A:36A-1: “A charter school shall not construct a facility with public funds other than federal funds.”)

However, two new non-profit grants programs from the Walton Family Foundation offer hope for funding inequities between traditional and alternative public school. One is the Charter Impact Fund, which will launch with $200 million in seed funding and provide long-term, fixed-rate loans—similar to a home mortgage—to high-performing charter schools anywhere in the country for up to 100 percent of project costs. The other is the $100 million Facilities Investment Fund, which will offer public charter schools five-year fixed-rate loans for up to 90 percent of project costs for new construction or facility renovation

In response to the rescinding of its charter, IAT wrote a lengthy appeal that acknowledges the state’s judgement that the school failed “to provide a strong education program” and failed “to show sustained organizational stability.” It’s worth looking under the hood.

As is often the case with the infant stages of new charter schools that lack a permanent facility, IAT operated in three different facilities in its first three years. This situation was far from an ideal school environment for staff, students, and families. In its first year, IAT utilized a former school building on Bellevue Avenue. In its second year and majority of its third year, IAT used the Bellevue Avenue building, as well as a church building on Chancery Lane. IAT’s first two years and seven months of existence were filled with building maintenance problems (heating systems breaking down, structural issues in roof, flooding) and transportation/moving issues that caused unexpected school closures, which in turn created ongoing challenges.

According to the teaching and support staff, conditions in the buildings were unhealthy and had a negative impact on teaching and learning. The former management company (SABIS) appeared to be uninterested in the concerns of the staff. As a result, there was a high rate of staff turnover.

IAT rectified the situation by raising $17 million to renovate the old Trenton Times building on Chambers Street. Once transient, the school now has a bright, clean, permanent space with 33 classrooms, art and music rooms, a gymnasium, cafeteria, and a kitchen. There is, the appeal notes, “ample room for special education services,” as well as space for community-wide events which already have included a Black History Month Concert, Muffins with Moms, and a Health Fair.

That’s great. But this process took two and a half years, long enough for the state to give up on the school. The Walton Charter Impact Fund and Facilities Investment Fund address this problem by making it more affordable for public charter schools to secure and renovate facilities and providing quicker access to long-term and short-term financing.

“Big challenges require bold solutions,” said Alice Walton, Walton Family Foundation Board Member. “This effort will allow resources that were spent on facilities to be directed back into the classrooms, back to the teachers and back to where it should be—with the students.”

“The charter school movement’s urgent challenge with facilities finance requires these kinds of innovative initiatives and public-private partnerships,” said Nina Rees, President and CEO of the National Alliance for Public Charter Schools. “Lack of access to facilities finance is among the biggest barriers to opening or expanding more high-quality charter schools in most communities across the country.”

Walton estimates that public charters spend 15 percent of all funding on facilities. The announcement notes, “according to research from the Charter School Facilities Initiative, nearly one in five public charter schools have delayed opening by a year or more due to issues finding and securing facilities. Nationwide, more than $3.6 billion is spent annually on public charter school facilities—resources that could be directed to support teaching and learning.”

The cost to students and their families is immense. IAT’s appeal, for example, ends with letters from parents and students, as well as a lengthy petition pleading with the state for more time.

IAT wouldn’t need more time to prove its worth to Trenton students if a program like Walton’s were available three years ago. This fact, however, will offer scant satisfaction to disinherited IAT families if the appeal is unsuccessful.