Five Take-Aways from Lakewood’s Most Recent School Board Meeting 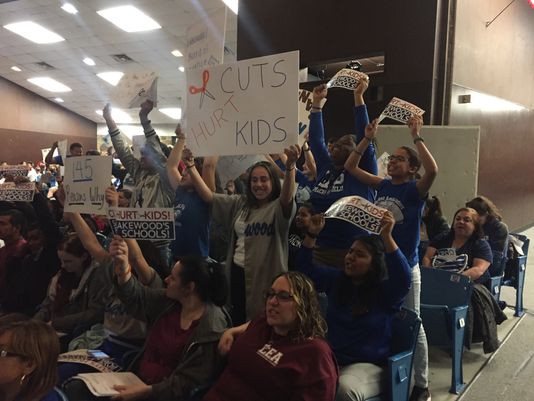 As a public service, I just watched last week’s two and a half-hour meeting of the Lakewood School Board that, once again, was run by board attorney Michael Inzelbuch. Here are five take-aways.

Inzelbuch, referring to the loan: “The state grant — I mean ‘loan.’ That was Freudian.”

Aaron Hirsch during public comments: “It’s like a snowball effect. We keep taking out loans. At some point we’ll be bankrupt. We can’t keep kicking this can down the road. We’re taxpayers of Lakewood and we don’t want to be on the hook. It’s compounding every year. The state has a responsibility. We’re saving them a big load of money, 300 million annually. Murphy is like every other politician. Where’s the money? They have so many meetings. I don’t understand. Is the state bluffing? This goes on and on. Does the board have any idea of how much next year’s loan is going to be?”

Inzelbuch: “ If we don’t accept this loan tonight we won’t have money to continue this operation. The Board was toying with the idea of not accepting the loan. We didn’t want a loan, we wanted a grant.”

At the April 30th meeting Inzelbuch swore that there would be no lay-offs (RIF’s, or “reductions in force”), and that next year there would be no fewer teachers available to teach public school students than there are now. But last Wednesday during a 14-minute discussion between Inzelbuch, Interim Business Administrator Kevin Campbell, Superintendent Laura Winters, and State Fiscal Monitor David Shafter, it was revealed that 24 staff members (including 19 teachers) will not be renewed and the Board can’t promise that they will be replaced. Here’s an paraphrased excerpt:

Inzelbuch: Do we have enough money to keep the current staff? Will we fill the non-renewed teachers with new teachers?

Campbell: The numbers are very close.

Inzelbuch: Are you really RIF’ing people in disguise? Are we able to replace those people with new people in those positions? Is that yes or no?

Inzelbuch: It doesn’t make sense to me. With what assurance am I telling the public that the teachers who need to be in classrooms will be in classroom?

Campbell: We will make every effort we can.

Various board members: Are those teachers going to be replaced?

Inzelbuch: The Board is directing the Administration…that those positions will be filled.

State Monitor David Shafter: I’m not going to make a promise before the county approves the budget….I don’t know if there’s enough money to not have lay-offs.

At the April 30th meeting, Inzelbuch announced a proposed referendum to expand Lakewood Middle School in order to relieve overcrowding and create space for special education classes. This referendum will be presented to the public next March.

The first member of the public to speak at this meeting discussed the referendum.  I didn’t catch his name but he is a former school board member who believes that the only reason Lakewood schools are overcrowded is because the children of non-documented residents are enrolled. So why should we build new classrooms? He said, “the bond referendum will probably fail” and we can “just remedy this issue” by kicking out Latino kids. To his credit, Inzelbuch refused to entertain the notion of vetting schoolchildren for immigration status.

But this Lakewood resident right about one thing: the referendum will fail because because the vast majority of Lakewood residents don’t have children in the public schools (see here for “tyranny of the majority”) and the Vaad tells the ultra-Orthodox community how to vote.The Board will play out the charade of attempting to provide adequate facilities for non-frum families and, once the bond fails, throw up their hands.

It’s a head fake, just like Inzelbuch saying he and the Board will resign unless the state hands over $28 million. Really, was Inzelbuch going to resign from a gig that pays $600,000/year, plus $29K for health insurance, plus $325 hours for district litigation, plus the capacity to retain his private practice?

(From the Asbury Park Press: “To simplify: While accepting a $28 million bailout from state taxpayers, the board ensured Inzelbuch remains the highest-paid public education employee in New Jersey.” (Inzelbuch’s contract is currently under investigation by the State Attorney General because it violates various procurement policies.)

Here’s what he proposed: Next October 14th, the day before the state collects data on school enrollment as a factor in allocating school funding, all 33,000 ultra-Orthodox students who currently attend the 150 or so Lakewood yeshivas (Jewish day schools) should line up at the administration building and enroll their kids in public schools. “They’re registered, they show up at our doors on October 15th. I am hoping,” Inzelbuch said, “that you and others do this. I would love to try that case.”

In other words, Lakewood would register 39,000 students instead of 6,000! Money would pour in from the state! Even though everyone knows that the ultra-Orthodox would never send their children to non-gender-specific schools that teach secular subjects to boys and where girls wear pants and reveal their arms! Except for that, it’s a great idea!

Another One Bites the Dust: 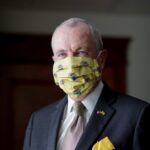 From a PBS Fan: Don’t Check Your Journalistic Integrity at

Dear Anti-Choice Lobbyists: Get Out of the Way of Parents