Are the Project Veritas/NJEA Videos an Anomaly or the Canary in the Coal Mine? 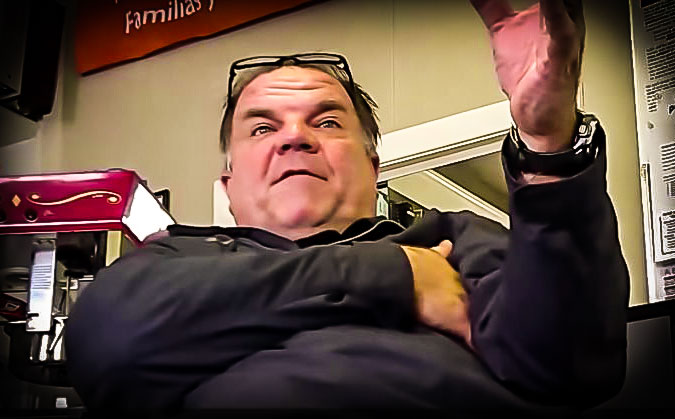 Last week at the Statehouse in Trenton, New Jersey legislators moved far beyond the usual debates about our education system.

Instead of quotidian discussions on issues like the flaws in our school funding formula or high school graduation requirements or student assessments, the Senate Education and Labor Committees held a special joint hearing on the unimaginable: the safety of New Jersey’s public school children and the behavior of teacher union leaders.

In one video, Kathleen Valencia, president of the Union City Education Association is caught on tape advising a teacher to not report that he hurt a student and referring to a Union City teacher who had sex with a child but was not charged criminally.

In the other, Hamilton Township Education Association President David R. Perry tells someone posing as a teacher who confesses to beating a student, “I need to know the truth, so that we can bend the truth. If nobody brings it up from (the) school, I don’t say boo.” Later in the video Perry says, “I’m here to defend even the worst people.”

These comments sent shock waves throughout the state and last week’s hearing was the beginning of the process to address this issue.

Prior to the hearing,  NJEA stated that they “welcome the opportunity to discuss these important issues further with legislators in order to ensure that all public education advocates are working together to ensure the safety and well-being of New Jersey’s students.”  During the hearing, NJEA Executive Director Ed Richardson agreed his union had “a moral obligation to protect students,” but also suggested that the union officials in the videos were “set up,” and did not provide any guarantees or reassurances that this kind of behavior was an anomaly.

However, Senate President Steve Sweeney remarked that if union leaders have “devised a way to get around reporting properly incidents in schools where kids have been physically assaulted, it’s a real problem.” He added, “I think it’s enough of an issue when you have local leadership bragging about how they get around things, and how they can fix things, that it needs to be reviewed to make sure it stops.”

This got me wondering: Do these videos represent a successful sting operation that showcase two bad apples? Or do they reveal a pattern of illegal and unethical behavior?

My hope is that this issue ends now and we will not find any more examples of this kind of behavior.

But there are signs that this could be just the beginning.

Note the following from the NJEA website, posted this January, titled “Protecting Yourself During Child Abuse Investigations.”  Here, an  NJEA attorney states, “NJEA [has] provid[ed] attorneys to represent hundreds of certified and support staff school employees each year in… child abuse and neglect investigation…NJEA’s cadre of lawyers are among the most experienced in the state in dealing with such allegations… Your NJEA dues help you preserve your career.”

For the sake of the safety of our kids, my hope is that Valencia and Perry were indeed anomalies, but until NJEA substantively addresses the issue, one must wonder if union leadership has a pattern of defending all teachers, even the very worst teachers, at all costs, including those who molest children. Most importantly, are there any teachers in New Jersey classrooms who should not be around our children?

Unfortunately, the lack of clarity by NJEA leaders did not help put this issue to rest.

At the hearing, Senator Teresa Ruiz, chair of the Senate Education Committee, responded to the videos and summarized this concern: “We have to change the culture of individuals who think their main priority is to protect the worst.”

With a nod to recent history (thinking of Harvey Weinstein et.al. here), if a culture of protecting the worst does exist, the truth will out.

Thankfully, after the passage of N.J.’s tenure reform law TEACHNJ which promised to make tenure removal of unfit teachers relatively swift, there are records and facts to quantify whether these two videos represent an anomaly or a pattern of behavior by NJEA officials.

My gut tells me that when this is all over there will more examples found that go beyond the boasting and bragging of two union leaders.

I do hope I am wrong.

But I’m going to poke around in the DOE TEACHNJ legal filings and see what I can find.  And if these videos are just the beginning, New Jersey should expect its own #MeToo moment.