Not So Fast with the “We” Word, Trenton Superintendent McDowell. You’re Leaving Out the Parents. 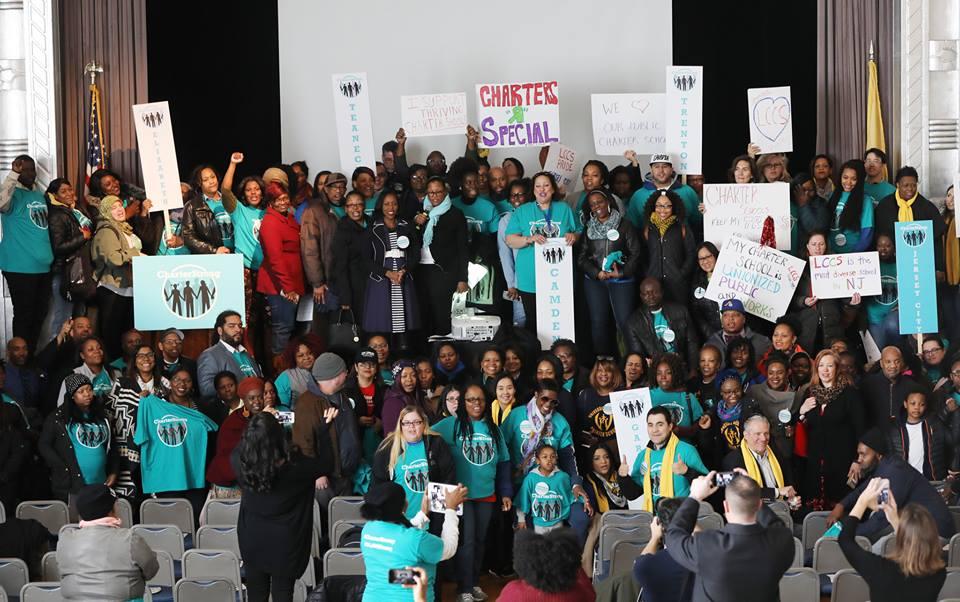 “We in Trenton are adamantly opposed to charter school expansion,” Trenton Superintendent Dr. Fred McDowell said Wednesday at a community meeting on the subject. “We are united in that statement.”

Um, no, Dr. McDowell. I don’t know whom you are referring to when you say “We in Trenton” but it’s definitely not the Trenton parents I spoke to at last weekend’s NJ Parent Summit, where 250 parents, mostly single moms of color, mostly from Abbott districts, gathered to hone their advocacy skills and share stories (see some of them in recent blog posts on this site) of their battles for access to quality public schools.

According to the DOE budget database, Trenton Public Schools sent $33,579,954 in tuition to charter schools this school year out of its total operating budget of $260,015,923. (Currently there are five; a sixth, Achievers Early College Prep Charter School, will open in September, founded by sisters Efe Odeleye and Osen Osagie.)

As parents become more empowered, that tuition amount is likely to become higher. Why? At Trenton Central High, the district’s flagship school, 19.6 percent of student met or exceeded expectations on last year’s state standardized tests in English Language Arts. The scores on math tests is marked with an asterisk because so few students made the cut-off for proficiency. (If you go to this link, you’ll see it’s 9.2 percent.) The graduation rate of high school students is 66.6 percent and 26 percent are chronically absent.

But “we in Trenton” are opposed to public education alternatives, particularly charter schools. That’s Dr. McDowell story and he’s sticking to it with Education Law Center (ELC) by his side, according to this report of the community meeting in The Trentonian. Why? Because ELC is determined, regardless of student well-being, to protect their turf. And their turf is Abbott money.

Remember, ELC made its bones by arguing successfully in front of the State Supreme Court that students in 31 poor districts (Abbotts), including Trenton, were unconstitutionally deprived of a “thorough and effective education.” The solution to this inequity is cash, agreed the Justices. Lots of cash. So this year, for example, state kicked in $230,034,119, most of the district’s operating budget, and that’s supposed to make everything fair and square.

But the dirty secret is that it doesn’t. Vast amounts of cash don’t compensate for dysfunctional leadership, corrupt board members and mayors, and a lack of focus on what’s best for Trenton’s students. ELC, however, can’t let that secret get out because then their whole raison d’etre is exposed as malarkey.

Oh, I get it. It’s all Chris Christie’s fault. Except that Trenton Public Schools has been poorly serving students for decades, well before ELC had its day(s) in court, well before Christie’s tenure, and well before the first charter school opened in Trenton.

Does Trenton (and other low-income districts with low ratables) deserve substantial amounts of state aid? Of course it does. I happen to agree with the Abbott decision that no rich district should be spending more per pupil than NJ’s poorest districts. Access to high-quality schools shouldn’t be a matter of zip code. But money isn’t enough. If it were, then Trenton’s graduation rate might hit 70 percent and more than one in ten high school students would be proficient in basic math skills.

Now, to his credit, Superintendent McDowell said at the meeting that he is eager to know“what is contributing to families voting with their feet” and abandoning the district. “If there was not energy or demand for another choice,” McDowell said, “we wouldn’t be in this position.”

Ah, but there is. And that’s why ELC (NJEA,SOS) is so enraged that parents — poor parents, the very ones they represented during the Abbott litigation — are demanding better public choices.

In fact, a parent in the room — maybe she was at the Summit, but with 250 parents attending I didn’t get to meet everyone — “asked whether ELC and Trenton Public Schools is more concerned about the dollar than delivering a constitutionally thorough and efficient education to the students.”

“I completely hear you,” ELC Research Director Danielle Farrie responded, “but I think the focus on the dollar is the only short hand I have to talk about the impact on the schools.”

Exactly. To ELC, it’s all about the cash. No cash, no Abbott. No Abbott, no ELC. Charter expansion? Whoa — what a threat to its fiefdom based on the misconception that money is the sole answer to educational inequity.

The mom at the meeting said, “I only see educators or politicians in here. You’ve gotta get the parents on board.”

Meanwhile, ELC/NJEA/SOS push for a charter school moratorium. Here’s a thought: Before they commit themselves to shutting down public education alternatives to children in Trenton — more importantly, before Gov. Murphy and Ed. Comm. Repollet commit themselves  — maybe they should visit  next year’s NJ Parent Summit and actually speak with the people most affected. There, they won’t hear “shorthand.” They’ll hear about children, and their parents’ fight to get what ELC was theoretically fighting for in the first place. What matters more? The bottom line of a long-failing institution or the education of Trenton’s children?

Right now the Trenton School Board (which passed a resolution last year demanding a moratorium on charter schools), the Trenton Superintendent, ELC, NJEA, SOS-NJ vote for the cash. The parents at the Summit vote for their children’s future.

Gov. Murphy and Comm. Repollet, which side are you on?

A N.J. High School Principal Delves into the PARCC Opt-Out ‘There Was Never Any Warning!’ Mercer County Special Services District