When School Supply Lists Give Rise to Bullying (and Worse). Here’s What’s Missing from those “Back to School” Stories. 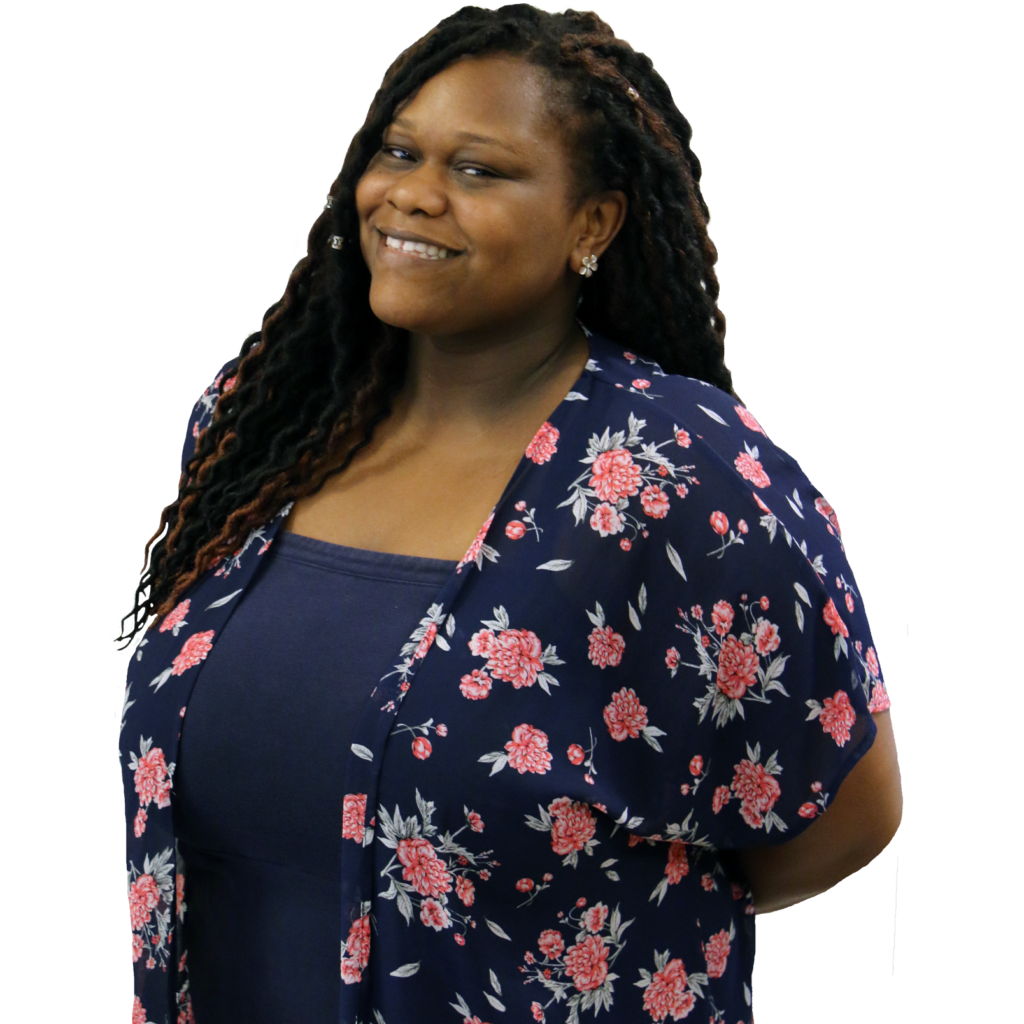 Kei-Sygh Thomas is a freelance writer and a former editorial fellow at The 74, as well as a KIPPNJ alumna. Find her on Twitter: @KeiSyghThomas. This post was originally published at The Grade.

The return to school filled my household with anxiety – not because of nervousness about the new teacher or new kids, but because we couldn’t afford the expense. A free and public education isn’t free when there are backpacks to be filled with equipment and uniforms to be purchased.

“Ma, when are we going school shopping?” I would call out as I dug through storage bins in my closet. I was usually in desperate need of new pants and shirts. The branded polo shirts required by my school looked dingy and had stains under the pits, courtesy of last year’s first-period gym class.

I was a high school sophomore when my parents split up nearly a decade ago. We went from two incomes to one, were evicted from our three-floor townhouse, and plunged into poverty. But I wasn’t fully aware of how much this would change my teenage life until it was time to start a new school year.

A few weeks before the start of the academic year, I had none of the items on the list that my charter high school had handed us. Neither did my younger siblings. School supply giveaways at local churches were life rafts, though I remember vividly how unnerved I was when I did not see items I really needed. Over the years, my school supplies list had graduated from two Elmer’s glue sticks, a notebook, and some crayons to protractors and then Texas Instruments calculators that cost $100 and up.

These were among the things I worried about most as a high-school student, and yet I never read stories about on the subject back then and I rarely see them now. I’m sure there are some lovely exceptions, but when it comes to back-to-school expenses, many reporters seem to have fallen into the habit of interviewing school boards, politicians, teachers, and philanthropists – but hardly ever parents and students.

When journalists report on the cost of school supplies, it almost always takes one of the following three forms: Stories about teachers who use their personal money to buy supplies for students and the tax credit to help them do that; cute stories that marvel at the cost of supplying a student in a particular year but assume parents can pay for it; or stories about charitable drives to provide backpack supplies for kids like me, in which reporters quote the officials at nonprofits, but none of the families affected.

Don’t get me wrong. I will forever remember those charitable drives with gratitude, as well as the teachers who dug into their own wallets so that my shopping list of supplies wasn’t even longer and more unattainable. But where in all the coverage are the families who live this reality?

In my home state of New Jersey, a typical story about the cost of back-to-school supplies appeared in the New Jersey Herald in August: A fund-raising drive by United Way to help families with the costs. There was a quote from a United Way official but not a word from a student or parent.

Last year, USA Today went with another genre story, breaking down the expense of back-to-school supplies and fees. It started with this perky lead: “Watch out, parents: Back-to-school season can easily put a four-figure dent in your budget.”

According to recent reports, about half the students in public schools are low-income; in their world, a sentence like that makes no sense. Again, there were no interviews with students or parents.

There was a memorable 2015 story for New Jersey Advance Media, in which a mom vented about her frustrations with the cost of the school shopping list. But in that case, the mom was actually the author, Vicky Hyman, writing a short opinion post on the topic.

Stories that emphasize the financial problem of supplying students are also often framed as if only rural or urban districts face this. But a federal government survey released in May found that almost all public school teachers use their own money for their classrooms.

We should be seeing more stories about what back-to-school shopping looks like, particularly for income-strapped families, along with more analysis beyond the coverage of the $250 teacher tax credit for those purchases.

As I was promoted from one grade to the next, the cost of my supplies grew: my artist sketchpad, the physical education attire with the school logo, and gear for the basketball team. My two younger siblings had their own lists.

These stories are about more than the juggling act of affording these supplies. They’re about the embarrassment students feel when they don’t have all the supplies or exactly the right supplies, or they must rummage on charity tables. Such stories should delve into the damage done to a student’s confidence as a result. They should tell about the parents’ sense of failure and frustration when they cannot give their children the supplies for success in a school system that should be free.

And there’s more to the story than personal anecdotes. In 2010, the ACLU sued the state of California over fees charged by public schools. The state settled, agreeing to ban many of those fees. As a result, California families cannot be charged for science lab equipment or supplies, school-issued gym uniforms, gear for sports teams, art class supplies, books used in class, and more. Charter schools are subject to the law as well.

Little has been heard since then. How has this changed the back-to-school landscape for California families? Have ACLU chapters in other states taken legal action? If not, why not? How do families’ school expenses differ from one state to another?

When school uniforms gained in popularity during the Clinton administration, the accepted line was that they would save families money and prevent violence among students. It might be time to re-examine this issue and the intentions behind it.

In the public schools, uniforms are far more common at schools with large numbers of students who are eligible for free and reduced-price lunches than in more well-off schools. Urban schools are more likely to require students to wear uniforms than suburban, rural, and mid-sized district schools.

“It’s tragic when young people without a balanced upbringing, without grounded values, without a secure education, wind up believing that it’s all right to kill somebody for a pair of sneakers or a designer jacket,” former President Bill Clinton said, referring to youth violence in Los Angeles (coded language for low-income students of color as thugs).

It’s true, there was campus violence involving gangs and gang colors, and a few teenagers have been killed by those intent on robbing them of desirable clothes. But it’s unclear whether uniforms solve that problem; kids still wear their clothes on their own time. It is certainly worth recognizing that, although private-school uniforms have cachet, in the public schools they carry a certain amount of stigma. Students are labeled in the most obvious way – by what they wear – as being too poor to afford their own school outfits, and too violent to be trusted around nice clothes.

In ways, uniforms give rise to certain forms of bullying, and it is worth questioning whether they save families money.

I wore uniforms for most of my K-12 education. At one school, we were allowed to wear any closed-toe shoe we wanted. I went to school and “looked like” everyone, but my Payless tennis shoes made it obvious that I wasn’t like them. Status still ruled; those who could pay for more expensive accessories bought them.

Just about every student needs a sweater, but my charter high school required us to buy the ones with the school logo, and the cardigan that met the requirement cost $45. I could have bought a non-uniform sweater for a lot less money; for that matter, by shopping discount or second-hand, I could have gotten all my school clothing for far lower prices. But if I violated the uniform dress code by not wearing approved clothing, I might be sent home to change. In fact, that did happen to me a few times and that meant falling behind in my classes.

This is still happening in some places. Chalkbeat reported last week on a Newark charter school that kicked out high-school students for the day for tiny violations of the uniform code, such as having partial white soles on their black shoes, instead of shoes that were solidly black. Several students spent their school hours at a nearby park instead of learning. After an outcry among parents, the school apologized and came up with more helpful and less punitive ways of dealing with dress-code violations.

But the incident raises the question of whether well-intentioned school policies create a sense of mistrust on campus and help feed the school-to-prison pipeline.

Reporters who talk to students find out about these kinds of things. Education is more than what happens at the board meetings. The day-to-day challenges faced by families in poverty have a profound effect on how well students do in school. But when I read about these issues in most news outlets, the people interviewed are, once again, the officials, the charitable groups, possibly a teacher.

If journalists really want to find out what happens with parents and kids, they need to go to the sources.