Five Ways That New Jersey's Education System Is Being Undermined 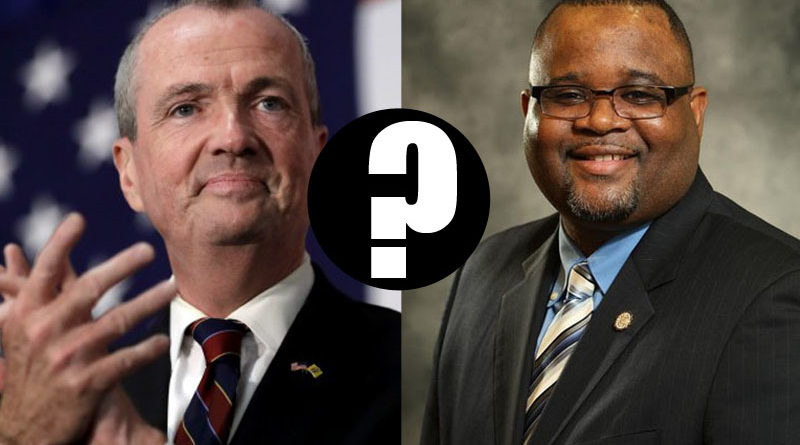 Sue me. I was an English major. When I think about the state of the Murphy Administration’s Department of Education, a host of literary allusions sweeps over me: Faust selling his soul to Mephistopheles in exchange for power; Dionysus gifting Midas with the golden touch, thus cursing him with starvation; Macbeth’s moral compass eclipsed by blind ambition.
Okay.  I’m being melodramatic. Yet let us look at five ways in which the Governor’s tendency to pander to special interests in order to accrue power has, in a kind of domino effect, stripped Commissioner Lamont Repollet’s DOE of transparency, moral integrity, and effectiveness, victimizing not fictional characters but schoolchildren and their families, primarily those who are trapped in dysfunctional schools.
Here is a short list of the personnel disasters that have disrupted Murphy’s Administration, with an emphasis on the DOE.
#1: The hiring/immediate firing of Paula White as Assistant Commissioner of Education one week after she was unanimously approved by the State Board of Education. White was impeccably qualified (an M.A. from Columbia Teachers College in Educational Leadership, eight years teaching  low-income students of color in Atlanta, Chief Turnaround Officer for the New Jersey DOE, a board member of Programs for Parents, a member of the New Jersey Council for Young Children) but word on the street was NJEA leaders objected to her 18-month gig for Democrats for Education Reform, an advocacy group aligned with President Obama’s education agenda.
Tom Moran writes, “So, ask yourself: Is Obama’s education agenda so toxic, so extreme, that White’s 18 months advocating it should be a disqualifier? In effect, that is what Murphy is saying. Dig deeper, and this goes way beyond the disgraceful treatment of Paula White. Murphy’s allegiance to the NJEA is his blind spot and could cripple his governorship.”
#2: Murphy’s  hiring of Marcellus Jackson, a former Passaic City Council member, as a DOE “special assistant” at a salary of $70,000 a year, even though Jackson pleaded guilty and served time in 2007 after he accepted $26,000 in bribes. (Jackson resigned last month.)
#3: Murphy’s reluctance to dismiss Al Alvarez, Chief of Staff of the School Development Authority (responsible for facilities maintenance and construction of schools in Abbott districts) after he was credibly accused of sexual misconduct by Katie Brennan. Charles Stile compares Murphy’s initial silence on this crime to Christie’s Bridgegate, noting that Murphy “campaigned as the bright, progressive alternative to the scandal-marred administration of his predecessor” but his hiring of “campaign cronies” and refusal to confront egregious behavior “threatens to peel away the very progressive image that he has worked so assiduously and spent millions to develop.” (A third victim just spoke up.)
Earlier this week  Assembly Speaker Craig Coughlin announced the Legislature has hired a lawyer to investigate “how Murphy’s team handled allegations that a former senior staffer raped a woman while he worked for Murphy’s campaign last year.” (The cost to taxpayers is $350/hour.)
#4: The debacle at the DOE (first reported here) when 40 staff members were unceremoniously fired from their posts for reasons that a source described as  “without cause” and “purely political.”
#5: Not a disaster (yet) but the curious hiring of Carolyn Marano as Assistant Commissioner of Student Services, which puts her in charge of special education. Marano, before heading to Asbury Park Public Schools where she worked for Repollet, was Special Education Director at Vernon Township Public Schools. She lasted a year and a half, during which seven employees in the department quit and six filed grievances against her. According to the NJ Herald, “parents of special education students repeatedly challenged the department’s operation.
This strikes me as a long list for an Administration still in its second year.  But, some may argue, a few loose cogs doesn’t cripple a well-oiled machine.
One problem with that defense: the DOE is in a state of serious oil deprivation, a pre-Dorothy Tin Man. Repollet, who appears to have sold his soul to his boss after an uninspired stint as Asbury Park superintendent, went before the State Board of Ed with a set of proposals to decimate the ability of NJ to gauge student proficiency by reducing by two-thirds the number of standardized end-of-course tests that high school students take. The Board heroically (to anyone who cares about improving NJ schools) called the proposals for what they were, a nothingburger designed to feed anti-testing hawks, and gave preliminary approval to reducing high school tests by one-third.
And then there’s the Commissioner’s decision to not authorize a single charter school, despite a waiting list of 35,000 children. (See here and here for more on this.)
After killing good King Duncan, Macbeth muses, “I have no spur/To prick the sides of my intent, but only/Vaulting ambition.”
Or to keep it light, there’s Leo Rosten (a teacher himself whose first book was The Education of H*Y*M*A*N K*A*P*L*A*N, and the author of this priceless definition of chutzpah: “that quality enshrined in a man who, having killed his mother and father, throws himself on the mercy of the court because he is an orphan”). He’s also known for Rosten’s Law of management:: “First-rate people hire first-rate people; second-rate people hire third-rate people.”
I’m not ready to call either the Governor or Commissioner “second-rate” but that damning epithet currently hangs over the Murphy Administration. Unless the Governor and Commissioner regain their moral compasses they’re as damned as Faust, Midas, and Macbeth. And You Think School Funding is Problematic in Jersey?

Want Some More Tea With Your Sugar?