NJ DOE Watch: You Thought It Was Bad in Student Services? Check Out the Assessment Division’s Dysfunction. 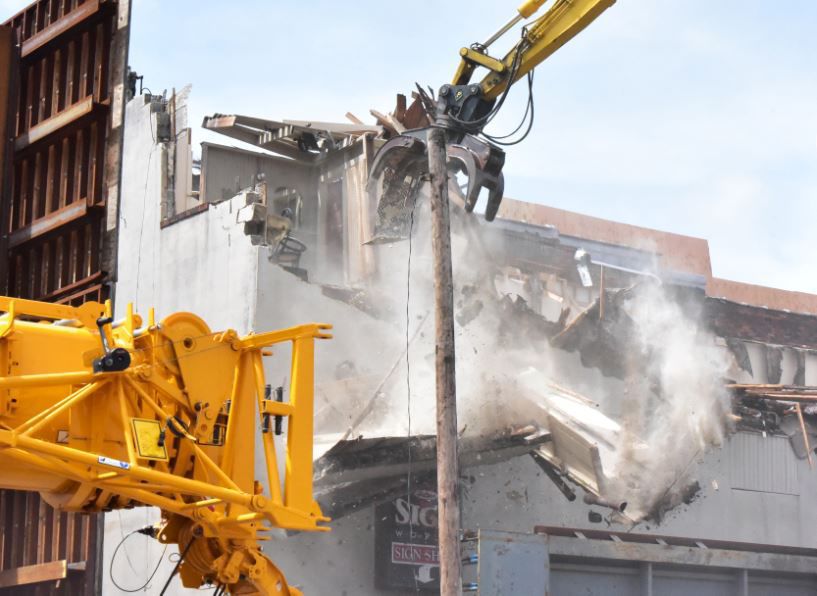 Earlier this month I wondered whether the decay within the New Jersey Department of Education’s Division of Student Services (hostile work environment, retaliatory actions, talks of a class action suit) is an anomaly or emblematic of systemic dysfunction.

I was hoping for the former; after all, one troubled department beats system-wide woes. But it appears to be the latter. At the very least, the dysfunction that pervades Student Services is also present in the DOE Division of Academics and Performance, which oversees student growth and achievement, standards and assessments, and, of course, the PARCC test review, a hot topic these days.

This post is based on information from brave DOE staff members who have come forward since that post two weeks ago (which followed two others, here and here ).  I consider this series a partnership among those who value the academic growth of NJ’s kids more than personal gain or political points. With help, I hope to unravel the source of the dysfunction  (the Commissioner’s Office? the Governor’s Office? somewhere else?) and anything else of import. My rules are the same: I only print what has been verified by at least two independent sources and I try really hard to refer to titles, not names.

But here’s a name that I’m using because he’s no longer at the DOE: Jeffrey Hauger. He used to be the Director of Assessments and, from all accounts, was highly-regarded and eminently qualified with a Ph.D. in Educational Assessment, Evaluation, and Research. But when Commissioner Repollet came in (two sources: he was the “last person” on Gov. Phil Murphy’s list of preferred candidates) with his plans for what he calls “DOE 2.0,” Hauger was booted.* Some sources believe that Repollet was retaliating for this Division’s hard line with Asbury Park School District during his superintendency. (Scroll to the bottom of this post for data on Asbury Park’s failure to serve its students.)

Repollet replaced Hauger with an “interim director” who previously worked in the technology department and  has degrees in anthropology and education technology.  In the government hierarchy he was a Level 28, the lowest level for a professional. He’s worked in the Assessments office for 2 years. Before that he was the tech person in a district. On this cached DOE page (the current one still says “Under Construction”) he’s listed as Assessments Technology Coordinator. At the NJ School Boards Association convention last month, as part of the PARCC “listening tour” (which, according to old school board friends, was poorly received) he was called “Planning Associate, Office of Assessments.”  The person directly under him is, sources say, “a lawyer with no experience in assessments.” One staffer in the Division told me, “the people running assessments know nothing about assessments.”

There are at least five people in the Office of Assessments who hold Ph.D.’s in psychometrics. The all know a lot about assessments. None of them are in charge.

What’s up with this? I’m sensing a theme within the DOE: qualified people are ousted (and either not replaced or replaced by “X98’s,” or “Government Representatives” who are  non-unionized, which gives the DOE the ability to skirt certifications and experience; no judgement here) while unqualified people are promoted. The new head of Career Readiness is also a Level 28. Three sources have referred to Repollet’s “book of resumes,” which Division chiefs now are supposed to use when making hires. One of those staffers with a Ph.D. in statistics and psychometrics was supposed to replace Hauger. Repollet said, “she’s not in my book.”

Here’s another example of the erosion of capable oversight of “Academics and Performance” since Murphy’s inauguration/Repollet’s appointment. Back in 2007 the Corzine Administration created new positions within the DOE called Executive County Superintendents (ECS’s). They were supposed to consolidate all districts in their respective counties that weren’t K-12. (Hah! That went well;  see this post from 2010.) While that mandate is no longer in effect because mergers are politically toxic, ECS’s still provide oversight on school budgets and  QSAC assessments. (QSAC is NJ’s school district accountability rubric.)

Or not. According to sources, Repollet met with the ECS’s and told them to “treat districts with kid gloves.”

Of course, the most compelling case study in this erosion of accountability is the DOE’s “review” of PARCC tests.

Scroll to the bottom of this post. There you’ll see the proficiency levels measured by PARCC assessments for third-grade students in English Language Arts (ELA) in 2015 compared to 2017. The data is broken down by “DFG’s” or District Factor Groups, which rate a district’s socio-economic level. DFG “A” is the poorest: Newark, Camden, Trenton, etc.. The richest districts are I’s and J’s: Princeton, Millburn, Montclair, etc., which were the epicenter of NJ’s waning opt-out-of-PARCC movement.

According to the data (individual district scores for Spring 2018 will be released in January although you can download them here), our kids are academically thriving since the implementation of Common Core (now called NJ Student Learning Standards) and aligned assessments. The poorest districts show an increase in proficiency from 2015-2017 of more than 8 percentage points! Our wealthiest children are improving as well; their increases are lower than their poorer peers but that’s to be expected because they were scoring higher anyway. In other words, we’re chipping away at the achievement gap. (Charter school students are the “R” category: like wealthier students, they were already scoring high on the PARCC tests.)

But the Murphy/Repollet Administration doesn’t appear interested in data, a trend captured in the elevation of statistically-illiterate people to direct the Office of Assessments. During these PARCC listening tours, there was little or no discussion of NJ’s endeavors to improve student proficiency, which you’d think would be front and center. Why? Because this isn’t about students. It’s about Murphy’s re-election plans.

From his 2017 campaign site: “Phil will eliminate PARCC testing.” And so, regardless of student well-being, regardless of five years of carefully compiled, comparable data, PARCC must be gone by 2021 when we have our next gubernatorial election. That’s why Repollet went before a joint meeting of the Assembly and Senate Education Committees and told legislators that “our objective is to transition from PARCC. I think it’s not a secret that our governor is adamant about ending PARCC.”

That’s where the first step was taken in the wrong direction. The charge should have been: let’s look at where we are in the state, how is our high standard meeting up with our assessments? Are we maximizing the most potential out of it? Are we streamlining how we put it out there? Are students testing too long? Can we get the resources back in time?

When we make a change that’s this extraordinary, it’s got to be one that is thoughtful. Because what happens is we keep changing, changing, changing, changing and I just heard from several superintendents and teachers — and they could be the smallest group because you had more conversations, I’m sure, than I had — which is we just started getting used to this, now you guys are going to go back and shift the whole concept all over again, only to let us know in a year or two.

Here’s Assembly Education Chair Pamela Lampitt: rolling back the PARCC exam to the federal minimum standards “is not going to continue to move New Jersey and our New Jersey students in the right direction…I’m not so sure of your strategy. I’m very, very concerned about this.”

Ruiz and Lampitt are right to be concerned.  (All hail educationally-literate legislators!) But full steam ahead with eliminating PARCC, student progress be damned. Or not. At last August’s State Board of Education meeting, a group called New Meridian presented a proposal (here’s the powerpoint) that will allow NJ to use banked PARCC questions “like a store-brand option of a brand-name original.” (There will be fewer questions to make the tests shorter so  the state’s ability to differentiate students’ proficiency into five categories will drop to four.) Issues of student achievement and growth are subjugated to Murphy’s re-election bid.

And then there’s this: according to sources the RFP (“Request for Proposals”) for the PARCC replacement was completed before all these “listening tours” to gather stakeholder input. They’re a “hoax,” I’ve been told.

Let’s find out. Together.

*Another source says that Hauger wasn’t “booted” but either left on his own accord or wasn’t encouraged to stay. QOD: Camden Resident Says Parents Have a Right to School