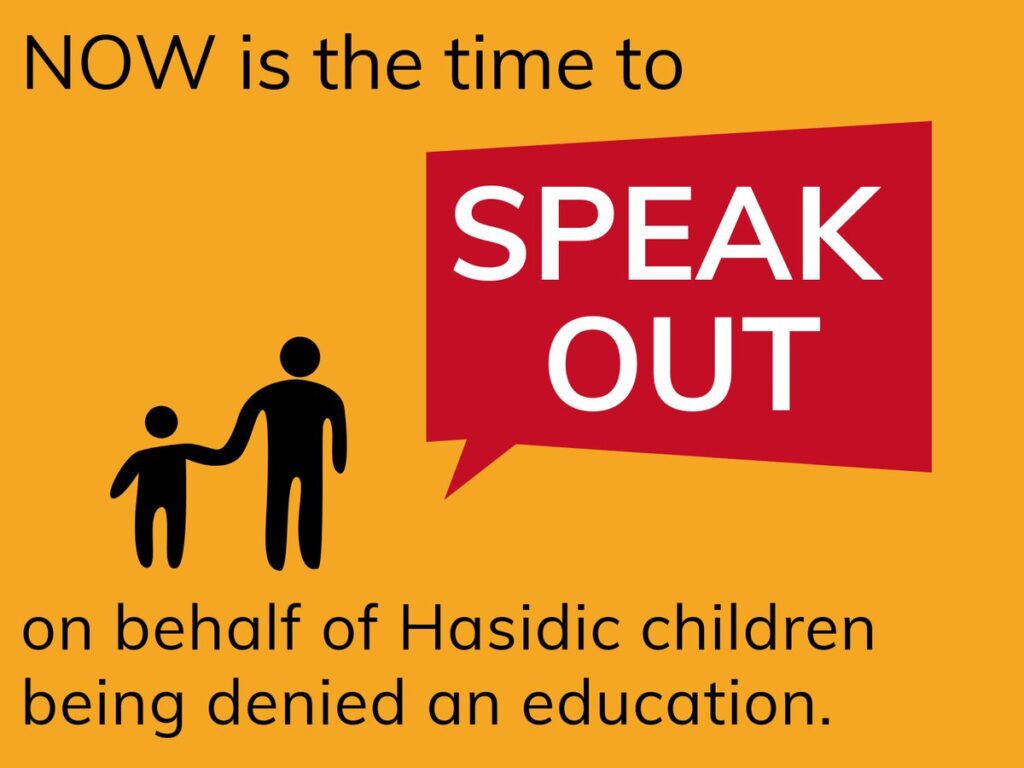 Lakewood Public Schools is regularly sued by current and former staff members. On Friday the Asbury Park Press published a partial list of the suits, including some settlements. There is a theme to this litigation: If a staff member is unwilling to disregard the law, is invested in educational equity, and has the guts to speak up, he or she gets the boot. The victims of this “culture of fear” are not only educators with integrity but also all the children in town: low-income students of color within the district and ultra-Orthodox students without.

The district has a sordid tradition of disregarding laws, particularly in the area of allocating funds to schools that, accordingly to state statute, don’t qualify as schools. Then it punishes the whistle-blowers. The Department of Education is complicit by tacitly condoning the misuse of state and federal funding streams to support these non-schools.

It’s got to stop. I just don’t see how it will because Lakewood remains free of meaningful state oversight, despite the presence of  fiscal monitors.

Look across the Hudson to New York, also home to sects of ultra-Orthodox Judaism (particularly in parts of Brooklyn, Kiryas Joel, and East Ramapo). There, this practice has its own hashtag: #yeshiva-gate. In New Jersey we just call it Lakewood, although this shanda (Yiddish for “scandal”) is starting to infect other districts like Jackson, Deal, and Toms River.

Tobree Mostel is a victim of this culture. She’s a former special education administrator who oversaw the allocation of Title 192/193 funds (state money earmarked for special education services for non-public school students) bu was demoted to assistant principal at a district elementary school after she complained. In her legal filings she says,

It appears that if one is not Orthodox Jewish, like the majority of the (Lakewood Board of Education) board members, and is not committed to diverting public school funds to benefit the local religious schools, that individual does not get to remain as an employee in the Lakewood School District, It truly begs the question: What is going on in this district?

By this point everyone knows the answer: the district privileges its soaring population of ultra-Orthodox children who attend religious schools that scorn secular education.  But this system also undermines the education of the very children privileged by the Board.

See here for a full discussion of Mostel’s complaint. This year Lakewood received over $22 million in 192/193 funds and is projecting almost $30 million next year. When Mostel protested that her oversight revealed excess billing as well as “questionable and unethical practices” by a vendor conducting student evaluations who “rewarded employees for producing evaluations that said that [non-public] students needed special services,” she was fired. When the Board of Education was informed that it couldn’t fire her, she was transferred to her current elementary school post.

The vendor she cites in her lawsuit, On Track Resources, was created in 2008 by two Orthodox women, Shulamit Tropper and Sharon Kleinband. Here’s a school board agenda from last May that allocates about $2.5 million to On Track for special education eligibility evaluations for non-public students, i.e., students in yeshivas. In fact, 95 percent of the district’s evaluation business goes to this company.  Here’s a year-old contract between Lakewood and On Track lists the cost of one evaluation at $1,196.73.

From the APP article:

Mostel claimed in her lawsuit the school district and On Track Resources, which creates educational plans for private school students, engaged in “unethical practices” including duplicating student plans that are supposed to be unique to each student and performing repeat evaluations of students in a short timeframe. The upshot, she claimed, was the company increasing its profit at the public district’s expense.

Another case cited in the APP story is that of Lisa Vargas, the former transportation director for the district. When she complained that the district drove up transportation costs by disallowing any district-owned bus to have a route longer than 30 minutes, thereby requiring outsourcing to private contractors, she was fired. From her suit:

“She was, as so many others, before her, deliberately scapegoated, in substantial part, as a form of retaliation for her disclosing and objecting to the unethical and unlawful practices within the district.”

But we always come back to this: the massive amounts of money the district/state/taxpayers spends on schools that aren’t schools. This quote is from the Forward, a Jewish paper based in New York (my grandparents were subscribers) from an article that discusses NY’s lack of oversight of yeshivas. (A new state law gives the yeshivas three years to substantially upgrade their curricula so that children don’t graduate illiterate and innumerate.) From the Forward:

In reality, we all know the truth, that in our primary Torah schools for boys [before Bar Mitzvah] they studied at most an hour and a half, and in the advanced yeshivas [high schools] there were no secular studies at all, [spending their days] fully sacred unto God [in Judaic studies].

Lakewood yeshivas are no different than those in New York City. In fact, there’s a trend of Brooklyn Haredi (adherents to a branch of Hasidism) moving to New Jersey. Parents have the right to control their child’s education. But do taxpayers have the obligation to financially support that education when it fails to comply with state learning standards and disdains accountability?

Not according to NJ statute N.J.S.A. 18A:38-25, which says that “every parent, guardian or other person having custody and control of a child between six and 16” must “ ensure that such child regularly attends the public schools of the district or a day school in which there is given instruction equivalent to that provided in the public schools for children of similar grades and attainments or to receive equivalent instruction elsewhere than at school.”

It’s a puzzle to me why 1) NJ doesn’t regulate yeshivas when they accept public tax dollars and 2) why state and local taxpayers are shelling out $35 million for Lakewood ultra-Orthodox children deemed eligible for special education through a dubious process to attend non-schools and why the State Legislature just this year “loaned” Lakewood another $28 million to fill its gaping budget hole. (This budget shows that the total out-of-district tuition will jump to almost $40 million next year; you can take off a few million for tuition for non-yeshiva placements for children with disabilities and legitimate ultra-Orthodox placements. Much of those millions go to a special education yeshiva called The School For Children with Hidden Intelligence (SCHI) where annual tuition ranges from $107,000 to $157,000 per year, not including transportation. The founder of SCHI, Rabbi Osher Eisemann, was indicted last Spring for stealing nearly $1 million in public school money meant to fund special education.)

Meanwhile, the public school students, almost all poor and Latino, are cheated because the district overspends on non-public students and underspends on district students. At Tobree Mostel’s new school, Piner Elementary, 87 percent of students are Latino and economically-disadvantaged; 36 percent are English Language Learners. There’s no way to judge student learning — the school serves children pre-K through second grade and state tests don’t start til third grade — but, depending on the grade, between 13 and 27 percent of students are chronically absent, a red flag for problems with school climate and culture. No matter. Lakewood will continue to spend massive amounts of cash on schools that don’t meet NJ’s definition of “schools,” contend with lawsuits by staffers with a conscience, and receive  “loans” from the state — currently the tab is $47 million — that it will never pay back.

This isn’t working, both for the in-district students who are set up failure as well as the yeshiva students who will graduate with little, if any, secular knowledge. Lakewood leaders aren’t just cheating its non-Jewish population; they’re cheating their own children as well. When will the state take action? Who’s Your Daddy? Not A Single Teacher in 5 Bergen

Princeton Prefers Not To