These Two Teachers Wanted to Quit NJEA But A New Law Didn’t Let Them. 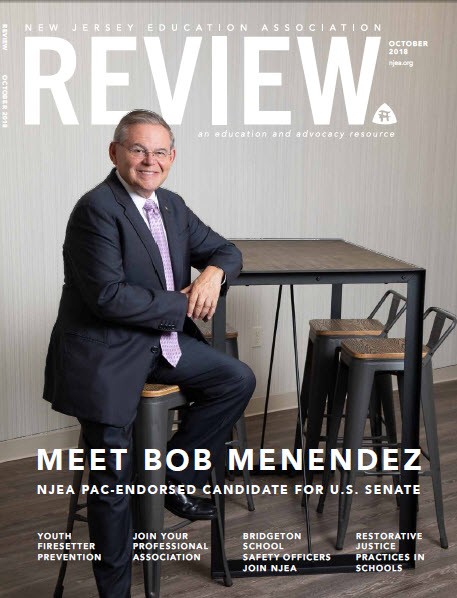 Earlier this week The 74 published a column I wrote called “These 2 Teachers Wanted to Quit Their Union — but NJ Law Wouldn’t Let Them. Now, Following the Supreme Court’s Janus Verdict, They’ve Decided to Sue.” For that piece I interviewed Susan G. Fischer (Sue) who, with her colleague Jeanette Speck, has filed a class-action suit in federal court against Gov. Phil Murphy, NJEA, and the Township of Ocean Education Association. In that suit, they charge that a new New Jersey law, the Workplace Democracy Enhancement Act, violates the Supreme Court decision in Janus v. AFSCME, which bars union shops from mandating membership and dues payments. For the purposes of the column I had to leave out much of my interview with Sue, in which she goes into much depth about her history with NJEA. Here it is in full.

Sue: First of all, let me tell you that I love my local union and the county unit too. I’m happy to give them dues, which come out to $100 a year to Ocean Township Public Schools and $25 a year to the Monmouth County arm of the state union. They both offer us wonderful professional development opportunities and address our needs. I really support my local! I’m a team player.

Laura: So you just object to the dues you pay to the New Jersey Education Association (NJEA)?

Sue: Yes! Every year our dues go up. We pay and we don’t question: that’s the unwritten rule.  Now it’s $800 a year — that’s highway robbery! NJEA does nothing for us, even though they get the biggest chunk out of my paycheck. A few years ago my district had a staff meeting and I decided to speak up. I stood up in front of my colleagues and presented a breakdown of our dues. Afterwards so many people came over to thank me for the information because they thought all the dues went to the local. They applauded! I told them, “I don’t want your applause, I want you to be informed.” Then I told them our dues were about to double. They had no idea! No one goes to those meetings; NJEA does it without our input. They function through our ignorance.

I grew up in Italy. There, we call this “extortion.” Pay if you join, pay if you don’t join. There’s no choice.

Laura: What other actions did you take to get NJEA’s attention?

Sue: At that time Barbara Keshishian was NJEA President. I wrote to her five times, saying “we’re paying more towards our health care and pensions so why aren’t you protecting us?” She never wrote back. Why should she? We are peons to them. With my fifth letter she had the Monmouth County Education Association call me but the person I spoke to was so condescending. I asked, “what are you doing for your members?” She had no answer.

That was a few years ago. Our health premiums kept going up. So I called Steve Baker, the NJEA Director of Communications. I said, “Steve, members are starting to question your tactics. You are using our money for politics.” He admitted it! I told him, “you should be working for your members, not for politics.” His responses to me were just robotic.

Laura: What else did you say to Steve Baker?

Sue: NJEA puts out this glossy magazine. It must cost so much money. I begged him, “Steve, no one reads the magazine, please stop printing it, stop printing those calendars. You’re wasting our money!”

Laura: What happened next?

Sue: Well, Scalia died and then Janus came down. When the verdict came out, I didn’t believe it. No way, no way. We were ecstatic! Now we have a choice! I read all 82 pages of Janus twice. Laura, every time I kept going back to Alito’s comments: your employer can’t take your money without your permission. We assumed that after Janus every district in the state would ask every member if they wanted to opt in or out of NJEA.

Laura: Did that happen?

Sue: No! I asked our Business Administrator [BA] if I could opt out. He didn’t know at first but he asked the board attorney who agreed that he couldn’t take money out of my paycheck without my consent. He told me, “just send a letter.” My colleague Jeanette did the same thing. Perfect, it’s done. Then the BA called and said the attorney changed his mind because of the new law Murphy signed, the Workplace Democracy Enforcement Act [WDEA]. I’d have to wait for my ten-day window and then the union has another 20 days to let me opt out.

Now, Laura, listen: the Janus ruling came out the day after school recessed for the summer. Nobody knew and we wouldn’t see our colleagues for two months! So I sent a letter to 40 fellow teachers who I thought would be interested. Then my district’s union president found out. He wrote a very unpleasant letter to all district employees calling me a “free-rider.” He had no intention of telling members they could opt out. He only sent his email after finding out about mine. That really backfired on him — two more members opted out just yesterday.

Laura: What else did you do?

Sue: I called NJEA. They never called me back. A person I was referred to there I called twice. She never answered. Then I tried the Department of Labor, but you can’t get through, you can’t talk to anyone.

At that point I called the National Right To Work Legal Defense Fund. I was getting so mad. Within three minutes NRTW called me back. Their attitude was so courteous and responsive. I told them, “I’m not a lawyer but I read the WDEA many times and I don’t see how it’s legal.” So NRTW sent an attorney to meet with me and my colleague, who teachers Constitution. It’s the same attorney that Mark Janus had! He was very modest, very humble, a man named Bill Messenger.

Imagine. My own union doesn’t call me back but this big legal group responds immediately.

Laura, I never thought in my entire life that this would happen. But I can’t support any of the four unions — my district, the county, NJEA, or NEA. And I have a choice! I have the right to choose!

Until Murphy signed that law. Now that right is taken from me.

Laura: You are very passionate about opting out of NJEA. What else is driving this?

Sue: This is about the First Amendment, about my right to free speech. I’ll give you an example. On that fancy magazine they put Bob Menendez on the front cover, “NJEA Endorses Menendez!” We were appalled! Focus on our pensions and our benefits, not on politics! We get phone calls all the time from NJEA telling us who to vote for. They’re spending our money on politics. The state is in the red and no one is looking out for us. What are you guys doing about it? Nothing!

And then there’s the compensation for NJEA executives. It’s absurd! People talk about it in the teachers’ lounge, the big wheels making lavish amounts of money with valet parking in Trenton. We talk about it. We bring it up. For some teachers, it’s about the money. Part-time teachers have to pay 50 percent of dues and instructional aides, who get paid $19 an hour, have to pay too. That’s despicable. That’s wrong. Our secretaries who make a third or fourth of what their bosses make have to pay dues.

I’ll give you a startling detail: I read our contract. In the last one I saw that our local agreed to pay one-fifth of the union president’s salary and so we have to teach extra classes without being compensated. We’re paying for union president’s salary and we don’t even get to vote on it. Unless you’re an officer, you have no voice and so the union is unaccountable to us.  Teachers are so disappointed in their union leadership. That’s what you hear in the break room: “This is where our money goes. This is where our dues go.”

This is not about Democrat or Republican. This is about kids. NJEA is just a big money machine. So is NEA. We are in the dark because it works best for NJEA.

Laura: What do you think will happen with the WDEA?

Sue: I think it’s in direct opposition to the Supreme Court ruling. If nothing else, though, it’s brought awareness. Our colleagues have been thanking us. I’ve had younger teachers approach me and say, “I had no idea!” But the older teachers don’t understand — they think the union gives them their pensions.

Look, Laura, teaching is 24/7. You’re worried about the little boy who didn’t understand the lesson. Or the child with special needs who shouldn’t be in your class. I don’t blame the teachers for their ignorance. They don’t have the time.

In Italy took my brother six months to get the foot surgery he needed because it’s socialist country. But in Italy teachers can choose among forty unions or choose not to join at all. The law Murphy signed is so un-American.  It has to go away.

Why Is NJ’s Teachers’ Union Sitting out The Senate Race?