NJ DOE Watch: Says One Staffer, “This is Like Trump’s White House.” 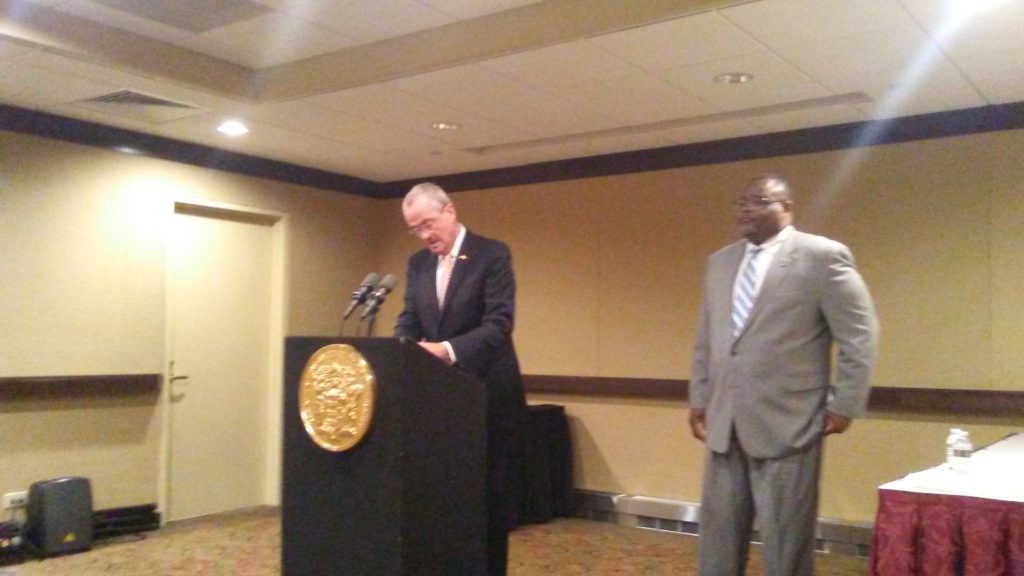 This is another in an ongoing series of blog posts about the alarming deterioration of leadership at the New Jersey Department of Education (DOE). The problems are so bad that each week I’m approached by insiders who provide startling evidence of the systemic degradation of hiring practices, oversight, standards, equity, and transparency. I’ll continue to confirm these reports to the best of my ability and keep readers in the loop. For the full series, click here.

Last week I wrote about about a minor screw-up at New Jersey Department of Education’s Division of Student Services. In short, Student Services, which as part of its purview is responsible for allocating and overseeing the distribution of Title 1 money (a federal funding stream that flows from states to districts where 40 percent or more students are economically-disadvantaged) had to cancel a series of grants because the federal government determined that the series was not a legitimate use of the funding.

It turns out, sources tell me, that this glitch is an harbinger of more serious dysfunction regarding proper distribution of federal money within the Division of Student Services, which is under the command of Carolyn Marano.

The federal government has a program called 21st Century Learning Centers.This is a funding stream that “supports the creation of community learning centers that provide academic enrichment opportunities during non-school hours for children, particularly students who attend high-poverty and low-performing schools.” For a full description, see here. In New Jersey (as, I assume, in most states) the DOE runs a public training for all who want to apply. This year in NJ it was in March.  In May staffers in the 21st Century Learning Centers department determined that there was enough money — $21 million — to fund exactly eight proposals

The aspiring grantees submitted proposals that were scored by a panel well-versed in the efficacy of approaches to supplemental enrichment programs for low-income students. The panel produced a list of all the grantees, ranked in order of the quality of the proposals. Everyone assumed that the top eight grantees on the list would next be notified, submit more paperwork, get their allocations, and hopefully meet the goals of their proposals.

But this year things went a little bit squiggly.

Once the panel completed their ranked list, they shared it with Division Chief Marano. She showed the list to Commissioner Lamont Repollet. When he saw the list, he was dissatisfied because one of the aspiring grantees that didn’t make the cut was St. Peter’s University in Jersey City. St. Peter’s was ranked #12.

Marano went directly to Nancy Curry, a former Director in the Division, and ordered her, I was told, to “make it happen.”

The staffers in the Division who oversee the 21st Century grants then had to add St. Peter’s — one of the losers. They also had to add in the grant proposals that came in 9th, 10th, and 11th. In effect the list was increased by 50 percent, dramatically diminishing the money that the actual winners would be awarded.

Why Repollet’s interest in St. Peter’s? I’ve been told that he plans to leave the DOE after one term and then be awarded some high-ranking position there. (He has a “frat bro” connection.) If that’s true, and, remember, I never publish anything unless I hear it from two independent sources, then he’s corrupted the fair process designed by his predecessors — one earmarked for the betterment of our neediest students — for personal gain. And Marano is complicit. (On a side note, NJEA’s Head of Government Relations, Ginger Gold Schnitzer, is leaving the union to take a job at St. Peter’s.)

A staffer told me, “we’ve never been asked to do this.” Another said, “we could lose all the allocations, and that will hurt kids.” Another said, “I feel like we’re on a really bad reality show. A week doesn’t go by that we don’t think, ‘this is like Trump’s White House.’  It’s all about ‘trust’ and ‘loyalty.’ The joke is that next Sarah Huckabee Sanders will walk into the room.”

Who’s accountable for this corruption? The buck stops with Repollet but Marano could have refused. Apparently she’s tried on at least one occasion (in October) to resign but Repollet said there was too much going on in the press and to “fix it.”  Paradoxically (or not), Marano is said to “love the Commissioner” and that “they talk and text throughout the night.” She tells staffers, “he’s a big teddy bear.”

I hear a lot about Carolyn Marano, much of which I’ll have to leave for another post. But there’s one detail that I’ll share now. She restructured the Division, at some expense (don’t know how much) and staffers’ locations were changed. Six cubicles were moved right in front of Marano’s office; at least a few are now occupied by staff members who work with the 21st Century Learning Centers program. The staffers in that set of cubicles are all African-American. They call themselves “the cluster of color.”

Thank you to those who (anonymously, of course) work with me to untangle the strands of this developing story. Sunlight is truly the best disinfectant. What Happens When Traditional Schools and Charter Schools Are Located