NJ DOE Watch: Disruption and Damage Within the Division of Student Services (with One Bright Spot) 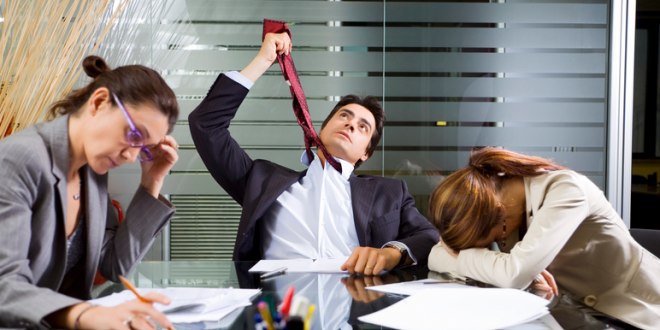 Newsflash: insiders tell me that there has been no improvement within New Jersey’s floundering Department of Education. In an accidental metaphor, the pages of the DOE website that are supposed to list of bios of executives and descriptions of DOE offices continue to say “Under Construction.” After listening to and reading reports from brave professionals distraught over deterioration, a more apt description would be “Under Decay.” And, from what I can tell, the problems are deepest within the Division of Student Services, under the leadership of Carolyn Marano.

This is not to say that all is rosy elsewhere. It’s not. If this were a case of new management coming in and demanding higher standards or more ambitious output, I would have little sympathy; after all, it’s hard to think of a government department that has more impact on our children’s future. However, the information I’ve received points to lower standards, misallocation of federal funds, experienced and knowledgeable staffers replaced by novices, and, especially troubling, racism. (A group of African-American staffers in the DIvision of Student Serves was assigned to sit together in what they call a “cluster of color.” Staffers who work under Assistant Commissioner Linda Eno in the Division of Academics and Performance say that African-American staffers are “routinely passed over” for promotions unless they’re “friends of the Governor” or “in Education Commissioner Lamont Repollet’s “book of resumes” and that race is a factor in who receives access and opportunity.)

One red flag is a tweet this past August from Marano:

Marano is clearly referring to PARCC exams, which both Gov. Phil Murphy and Education Commissioner Lamont Repollet regard with disdain. As a mom of a son with multiple disabilities, I can tell you that the last thing our special needs kids need is a reduction in gauging academic growth out of misguided compassion driven by the soft bigotry of low expectations.  Anyway, Marano knows that students with severe disabilities don’t take state standardized exams but alternative assessments. There is no “disruption of services and routines.” My son is not “collateral damage.”

But, okay, she’s sucking up to her bosses, Gov. Murphy who swore to “eliminate PARCC on Day One” and Education Commissioner Lamont Repollet who suffered  embarrassing appearances before legislative committees and the State Board of Education, all in the name of fulfilling Murphy’s promise. It happens. If this were a random tweet by Marano we’d all be fine. But it’s not. Marano’s Division is in tatters.

Part of the problem — besides multiple seasoned professionals requesting transfers to other divisions — is the level of management directly below her. For example, Marano’s “chief henchman” (as he’s called, according to several sources) has virtually no experience in special education. For one year and three months he was “Record Custodian” at the DOE, in charge of fulfilling Open Public Records requests. For eleven months after that his job was to check the certifications of district superintendents.

Now he’s in the Number 2 guy in the Division of Student Services.

If this were the only case of an inexperienced manager rising above his qualifications, I’d shrug it off. But it’s a feature of the DOE, not a glitch. For example, Linda Eno, mentioned above, was a Level 28, the lowest level for a professional, before being promoted to chief of the Division of Academics and Performance. Same with the Director of Assessments, who previously worked in the technology department, despite the availability of multiple people with deep knowledge of assessments (as well as degrees in psychometrics).

Are we sensing a theme?

I was contacted by several people who worked under Marano when she was Director of Special Education at Vernon Township Public Schools. (After that she was Director of Special Services in Asbury Park when Repollet was the superintendent; she followed him to the DOE.) After Marano left Vernon Township, the remaining Child Study Team members, six of whom had filed grievances against her, were free to work with parents in meeting their children’s special needs. One told me that she was relieved to be able to work “ethically,”  advocate for her cases, and have “working lunches,” activities that had been barred by Marano. (At the DOE, Marano has barred staff members from eating in common areas, communicating with colleagues outside the Division, and disallowed them from attending professional development activities.)

Another administrator from Vernon Township described Marano as a “pariah” among parents, in part because she refused to meet with a group of parents whose kids are on the autism spectrum. She loved to go to court (well, she does have a law degree), refused to hire behavioral specialists, and denied necessary services to children placed out-of-district in private special education schools.

I keep coming back to the agenda from a meeting last May at the NJ Principals and Supervisors Association where Repollet “shared a sneak peak [sic] of a draft of a proposed organizational chart for the State DOE” that would allow the department to “become a model organization, be streamlined, and reinvent some programs to be both rigorous and relevant to New Jersey students.”

But instead Repollet appears to be running a department that is rife with disarray, poor leadership, and sinking morale. In this sense, his Department echoes the chaos within the Murphy Administration, currently hamstrung by misplaced loyalty, problematic hires, and unfulfilled promises.

I don’t know where this goes. Given the predilections of our current U.S. Education Secretary Betsy Devos, who disavows federal oversight, NJ public schools are entirely dependent on the integrity and accountability of the state Department of Education.

And that integrity and accountability appears as empty as the DOE’s webpages.

But here’s one hopeful sign: Repollet (or someone) has hired Barbara Gantwerk, a former Assistant Commissioner, as a “mentor” for Marano. I’m sure that’s a relief to staffers who toil within the Division.

Again, I thank those who have come forward. Please continue to help me shed light.

Down on Skid Row New Jersey Was Given an Inch By the Feds for

Cory Booker and School Vouchers: What’s the Impact on the