Believe It or Not, Progressive Lawmakers Support Standardized Testing in NJ! (Take That, Ron Swanson.) 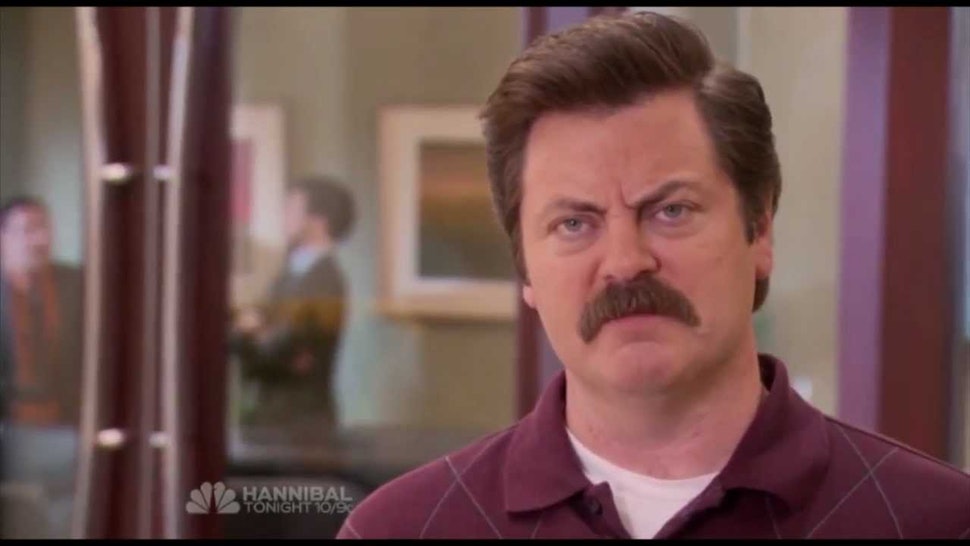 True confession: I started writing a post a few days ago on the demise of an important piece of legislation, Senate Bill 3381, that would allow New Jersey high schools to use new diploma qualifying tests that are actually aligned with what kids learn in school.

But then I junked the draft.

Why? Because that progressive new bill was a reaction to a state appellate court ruling that New Jersey couldn’t use new high school standardized tests because a prehistoric statute (okay, from 1988) requires that these tests be given only in 11th grade, unlike current tests which are given in different grades, and then everyone agreed on a stop-gap measure that sucked up the bill’s urgency. Students have multiple paths to graduation. The new tests don’t change that. The State Department of Education will develop new tests — just for 11th graders — that will continue to artificially inflate student proficiency and high school graduation rates. End of important new legislation. End of story.

Can you blame me for my cynicism? Why, after all, would the State Legislature bother pissing off the small if loud cadre of regressive anti-accountability folk out there, represented by NJEA leaders, the union’s legal arm Education Law Center, and its groupies, Save Our Schools-NJ?  Why would the State Legislature bother updating Jurassic testing requirements? Why would it not shrug its collective shoulder and say, “who cares if the statute is thirty years old and completely out of touch with new course content standards and readiness for life after high school?”  Why rock the boat?

In truth, I was in Ron Swanson mode —  you know, the character from Parks and Rec, that meat-loving, gun-toting libertarian who would privatize all public functions because of his disdain for government functionaries. Typical Swanson line: “Am I interrupting anything important? Impossible. I work for the government.”

But this morning my cynicism took a big hit. Guess what? Senator Teresa Ruiz and Assemblywoman Pamela Lampitt give lie to the Ron Swansons of the world! They are doing something important and they work for the government!

Instead of letting the S-3381 die, NJ Spotlight reports, Ruiz and Lampitt are moving forward with votes for the new legislation, which would update the 1988 statute and allow diploma qualifying tests to be given in grades other than eleventh.

If [the Department of Education] moves to an 11th grade test are they prepared to offer one? Do they have one in place? Is it going to be the SAT which is not aligned with state standards? Who’s going to pay for that?

And then then on Thursday the bill passed the Senate! Predictions are that passage will be more difficult in the Assembly because the anti-accountability groups are moving in fast, claiming, with no documentation, that the only reason the bill passed was because “Senator Ruiz used threats and bribes.”

Right. Because no New Jersey legislator cares about accurate measures of student achievement or supports the State DOE’s responsibility to ensure that a NJ high school diploma signifies mastery of anything. SO Ron Swanson.

Guess what? I surprised myself: I’m not  Ron Swanson because I believe state governments have a duty to exercise meaningful accountability rather than condone duplicitous boondoggle.

I don’t know if the bill will pass the Assembly. I don’t know if Gov. Murphy, devotee of  the holy trinity NJEA, ELC, and Save Our Schools, will sign it. But today I am a proud New Jerseyan. Take that, Ron Swanson. Quote of the Day (VAM)

New Poll: Most Parents and Educators Oppose the “Opt-Out Movement”