As Newark Changes, We Can’t Leave Our Children Behind 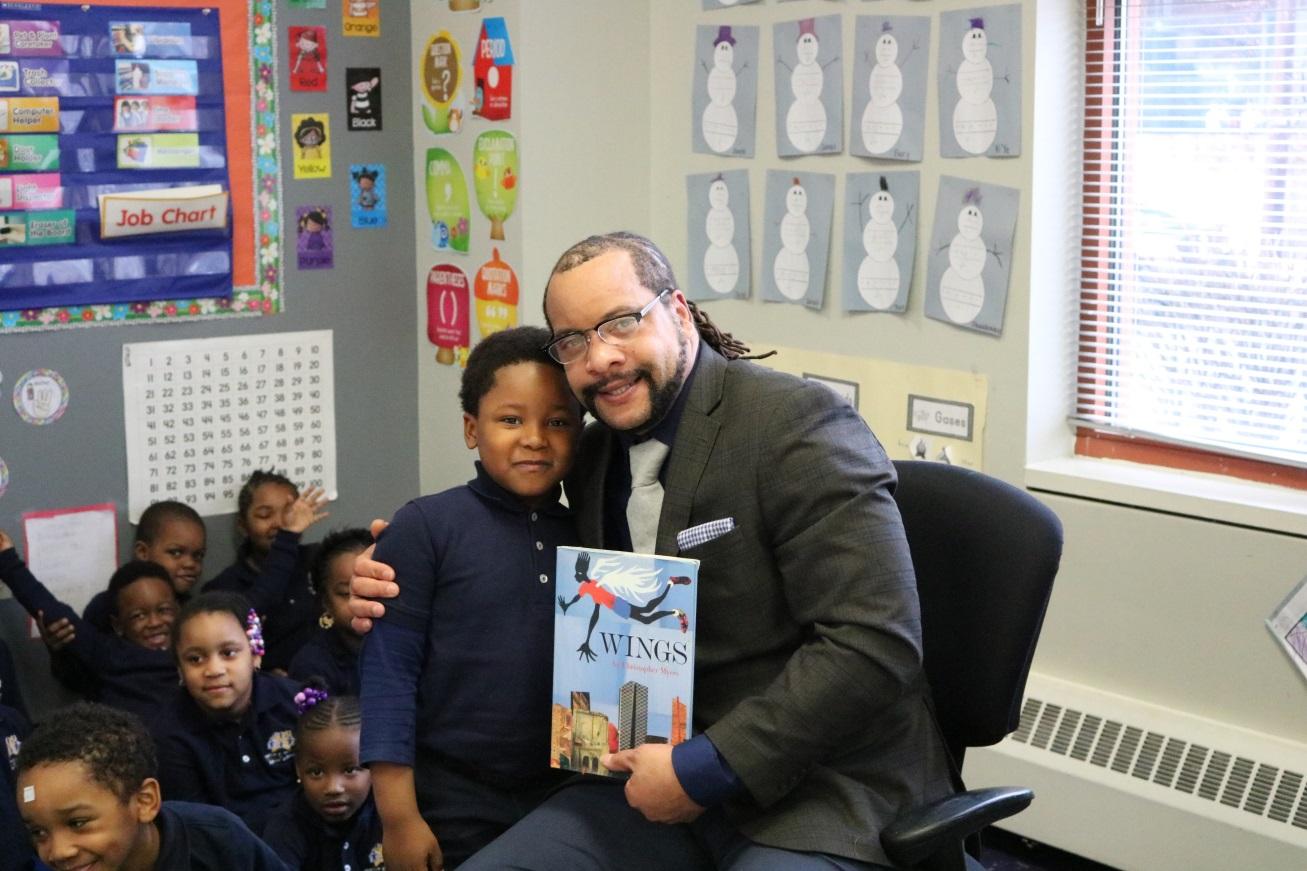 This is a guest post by A. Robert Gregory, Superintendent/CEO of the Marion P. Thomas Charter School network and fromer Interim Superintendent of Newark Public Schools. He’s part of the annual Future Chiefs leadership program by Chiefs for Change, a national nonprofit organization.

I remember it like yesterday, driving up Springfield Avenue from Metropolitan Baptist Church in Newark with my grandmother, Juanita Gregory, more than 30 years ago. She was a first-generation Newarker who loved and believed in her city. Newark had provided her access to the American Dream, a life beyond what she’d imagined as a poor child in rural, segregated Virginia.

Like many others in her generation, my grandmother only had a 7th grade formal education, but profited from the “working class” life the 20th century Industrial Revolution afforded many Americans. She worked at Westinghouse, a factory six miles from her home in the South Ward, and earned a wage that allowed her and my grandfather (who also never finished high school and was a security guard at Bell Laboratories in Newark) to own a home and send their children to college.

As my grandmother drove up the hill on Springfield Avenue on that beautiful Sunday in the late 1980s, my sister and I listened to her describe a Renaissance she believed would happen in Newark over the next 10 years, while our curious eyes studied blocks of empty lots and shuttered furniture stores.  She pointed to signs of progress such as newly built townhomes in a development named Society Hill.  While looking out the rearview mirror; we listened with leery intent.  Remnants of a dark past and a potentially dark future towered before our eyes as we passed by the dilapidated, abandoned Stella Wright housing projects. To our right, a billboard touting Newark as the Renaissance City. We didn’t believe her. My grandmother was the matriarch in our family and we respected her, but like many others we’d become non-believers in Newark’s transformation.

The economic renaissance my grandmother envisioned for Newark, but never lived to see, is finally unfolding. Now, at that same intersection where the billboard once stood, there are tangible signs of Newark’s changing landscape: a ShopRite grocery, retail stores, and restaurants.

Today, middle and upper-middle class residents are flocking to spiffy new apartments in downtown Newark, just a quick train ride away from Manhattan.  Even more newcomers are expected if our city leaders are successful in persuading Amazon to come to Newark.  The question is: Who will really benefit from Newark’s resurgence? Do our children believe it’s for them? Will they be prepared to take advantage of the opportunities when they come?

As Newark reimagines itself, the neighborhoods that make up the bulk of our city need not be left behind. In fact, if we fail to raise the quality of our schools–whether traditional public schools, charter schools, and others–then the gap between those who have and those who need will only grow, leaving even more students behind.

It doesn’t have to be that way.  The work and task of public education in the 21st century is getting more complex and educators can’t do this work alone.   I believe we really can provide quality public schools for every child in Newark but need the support of the higher education, business, philanthropic, and civic communities.    Not only because of an influx of more affluent people, but because our children and their families deserve it and can’t wait another day.

We can reimagine our schools and their roles in Newark’s neighborhoods to ensure every student has a path that will lead them toward a successful future. We must provide more rigorous engaging academic experiences that genuinely prepare them for a variety of careers while building their inter- and intra-personal skills; the pillars of life.  We need to continue to grow and develop teachers and school leaders who will lead the way. I’m a 3rd generation Newarker and 2nd generation African American male educator here. My wife, Janine Gregory, is also a lifelong educator born, raised, and schooled in Newark. My late father, Carl L. Gregory, a community activist and principal, passed the baton to me and others, encouraging us to improve the lives and education of our people.

I had the privilege of serving as the interim superintendent of the Newark Public Schools’ last year, but I’ll always consider myself a teacher. I’m now leading a village of schools, the Marion P. Thomas Charter School network, which began 20 years ago as an outgrowth of New Hope Baptist Church, where Whitney Houston grew up singing. Only 13 percent of our teachers have more than five years’ experience. They, as I did as a novice, need greater resources and support to carry our students further.

We know the brain is malleable and that all children can learn, regardless of their birth circumstance, ethnicity, gender, or zip code–but only if we as educators implement research-based practices, become adult learners ourselves, and engage in continuous cycles of improvement learning from the work our students produce.  Our actions as adults lead directly to students’ outcomes.

The future and vitality of Newark is really in our hands. Let’s come together as a city to ensure Newark does not become the next Brooklyn. Let’s be the best version of Newark and commit as educators and community partners to stop at nothing less than giving every child the quality education they deserve.

If we do, my grandmother might finally be proven right, after all. My Childhood Home Was Not Safe. Like Me, Some Children NJ Ed Department Lacks “Sense of Urgency” So Legislators Get

Note to U.S. Congress on ESEA Rewrite: Take a Tip