If Your Kid Is a Ninth or Tenth Grader, He or She May Have to Take a Test on a Course Taken Three Years Ago. Unless This Happens. 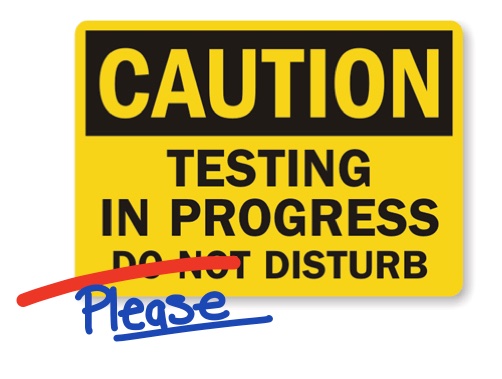 Let’s say you’re a New Jersey parent of a current 10th grader. Your child, like one-third of New Jersey students, took Algebra 1 in 8th grade and, of course, is taking 10th grade English Language Arts right now. Guess what? Next year there is a very strong likelihood that your kid is going to have to take a standardized test in Algebra 1, a course he took three years previously, as well as repeat the test for ELA 10 even though he is currently enrolled in ELA 11.

That’s the dirty secret behind the litigation against the tests-formerly-known-as-PARCC. The only way out is Bill 3381, sponsored by Senator and Education Chair Teresa Ruiz and already passed by the Senate, that would remove archaic language (okay, from 1988) that requires all diploma-qualifying tests to be given in 11th grade. Ruiz’s bill removes that impediment (which we weren’t following anyway because some students took our old HSPA tests in 12th grade).

It’s about the power NJEA and ELC wield over Murphy (whose Chief of Staff is a former NJEA executive). Murphy turned his back on an elegant and timely solution to a problem and pushed the Assembly leadership to not bring to the floor a companion bill that would finally resolve the technicality.

It’s a theme now, business as usual, as leadership privileges lobbying groups above parents and students. And, in a remarkable irony, this political squabble will force high schoolers to take even more standardized tests than they would have if Ruiz’s bill is codified into law, even as NJEA (which provides a third of ELC’s annual budget), Murphy, and Ed. Commissioner Lamont Repollet insist that our kids are over-tested.

Here’s the back story. In 2016 the State Department of Education replaced our old diploma-qualifying tests (the HSPA’s, which students typically took in 11th grade, and 12th if they failed it) with upgraded PARCC tests, which actually align with what kids learn in school. So ELC sued the DOE, alleging that the change was illegal because our current law says that those tests can only be given in 11th grade, even though students have studied the material on the tests sometimes years earlier. The DOE argued that “there’s no magic to testing a student in their third year of high school” but the court felt otherwise and ruled in ELC’s favor because of the language specifying 11th grade.

We hold N.J.A.C. 6A:8-5.1(a)(6), -5.1(f) and -5.1(g) are contrary to the express provisions of the Act because they require administration of more than one graduate proficiency test to students other than those in the eleventh grade, and because the regulations on their face do not permit retesting with the same standardized test to students through the 2020 graduating class. As a result, the regulations as enacted are stricken.

Of course, Ruiz’s bill fixed all that.  Heck, even Murphy was on board.

But on Jan. 24th Murphy’s office, inordinately involved in this litigation, formally requested that the Legislature delay the vote until the DOE appealed the court’s ruling, a plea echoed by Education Law Center in this letter to Senate President Steve Sweeney. Ruiz, according to NJ Spotlight, didn’t name names but “took PARCC opponents to task for leaving students mired in uncertainty, saying that chaos is ‘precisely what other groups want to see happen.”

So the Assembly delayed the vote. Current juniors and seniors are grandfathered in under the old rules. Ninth and tenth graders are not and NJ has no test for 11th graders (although a likely scenario is that the DOE will repackage PARCC questions into what it will claim is a NJ-specific test). And it’s unclear to me (and others) whether or not this bizarre state of affairs complies with federal education law, which requires grade-level standardized testing in high school.

ELC is happy. NJEA is happy. New Jersey high school parents and students? Not so much.

There’s a rumor that at a recent meeting Assistant Commissioner Linda Eno announced that, indeed, students who took Algebra 1 in 8th grade (or 9th or 10th) will indeed have to retake the standardized test in 11th grade, as well as the ELA 10 test.

The smart solution still sits out there. All it will take is for the Assembly to bring its companion bill to the floor and muster the votes to pass new legislation which will extract students from this absurdity created by lobbying groups. But that will probably only happen if Governor Murphy takes this opportunity to prove that he values families over funders.

Would Eliminating Student PARCC Outcomes from Teacher Evals Make Everyone