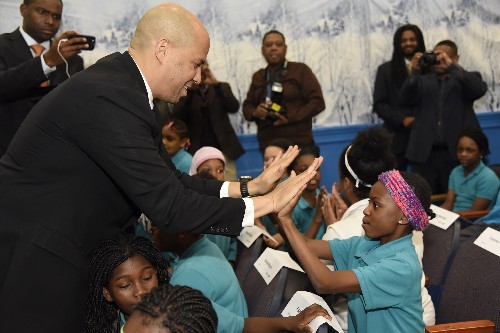 Two weeks ago the Los Angeles Times ran an editorial that poses as journalism. Either that or the paper really needs to beef up its fact-checking department. In the interest of clearing up this false narrative about Cory Booker and his charter school legacy in Newark (first described incorrectly in Dale Russakoff’s The Prize), here are eight substantive items that the LA Times got wrong.

Correction #1: Newark’s “radical experiment in school choice” wasn’t that radical. Mark Zuckerberg gave the city $100 million, which is one-tenth of the annual school budget. Booker raised a matching $100 million. So the total investment in 2010 was 20 percent of one year’s school funding, which was spent over five years.  Also, charter schools were well established in Newark prior to the Facebook grant; the two largest public charter networks, Uncommon and KIPP, started Newark schools in, respectively, 1997 and 2002.

Correction #2: Charter schools in Newark — where enrollment is controlled by the traditional district through a universal enrollment system — don’t represent “school privatization.” All New Jersey charter schools are non-profit, subject to far more stringent oversight than traditional schools, publicly funded, get no facilities aid from the state (a weakness of our 1995 charter school law), and are subject to closure if students don’t outperform local district schools. Meanwhile, why don’t you check where your traditional schools get their technology, toilet paper, and, increasingly, custodians and instructional aides?

Correction #3: It’s true that support for charter schools “has waned” in the Democratic Party. (I wrote about this last week.) It’s true that teachers’ union leaders, fearful of losing market share, “wield serious power.” That’s a problem for progressive (small “p”) candidates who believe that a child’s ZIP code shouldn’t relegate them to long-struggling schools; thus, Booker should be applauded for having the integrity and courage to not back down in order to curry favor with special-interest lobbying groups. Those who, like AFT President Randi Weingarten , view Booker’s support for charters as “a complete impediment” most likely don’t live in Newark. Or Camden. Or Trenton. Or other NJ cities where parents are desperate for public options.

Correction #4: Really? Joe Biden’s problem is that he was VP to Barack Obama, a big believer in public school choice? This reporter must have a different twitter feed than the rest of America.

Correction #5: From the piece: “in Newark, charters, and Booker’s role in advancing them, remain deeply divisive.” The paper’s primary source for this (mis)information is John Abeigon, President of the Newark Teachers Union.Three years ago, Abeigon announced, “My fellow [Newark Teachers Union] members: we are in a war; we are a labor union. We will act like a labor union at war; and since we did not start this war, we will not apologize to anyone for our actions.” Indeed, last year Abeigon demanded that traditional schools, which had been emulating the success of the charter sector by offering extended days (teachers got paid for the extra time), cancel the extensions, even though “two-thirds of surveyed teachers said the extra time with students was valuable.”

Abeigon is also quoted in the article blaming charters for “segregation in the classroom.” Now, it’s true that KIPP and Uncommon’s enrollment skews more towards African-American students than Latinx students (with more educationally-disadvantaged students and fewer white students than traditional district schools). But that’s because — wait for it —  Newark itself is quite segregated, with Black residents clustered in the Central, West and South wards (where most charters are located) and Latinx in the North and East wards. Is that what Abeigon is complaining about? Anyway, he (as well as the reporter) might want to check out this Brookings Institute data that shows, as my colleague Dirk Tillotson writes, “consistent Black support for charter schools.” (Is it worth pointing out that Abeigon, Weingarten, and the reporter are white? No, don’t want to play the race card.)

Correction #6: While education reform does divides Democrats —  just look at Hillary Clinton’s reversal of support for public options in order to gain the endorsements of AFT and NEA —  the LA Times really should take Shavar Jeffries, now Executive Director of Democrats for Education Reform,  at his word when he tells the reporter, “the core policies that Cory Booker pushed in Newark are at the heart of what parents support.” The reporter should also study the context of the mayoral race when Jeffries lost to Ras Baraka. In a brilliant move, Baraka’s team made the race a referendum on wildly-unpopular Superintendent Cami Anderson (who now runs a restorative justice non-profit). So Jeffries lost — but not because Newark parents don’t like charter schools. Want proof? Last year during the universal enrollment period run by the district, 49 percent of Newark families applying to kindergarten listed a charter school as their top choice.

Correction #7: Mayor Baraka is “a public school principal who had led the fight against the Booker plan.” That was once true. It isn’t anymore. Newark school board elections are in April and every year ward leaders and high-level politicos run slates of candidates (that always win). In 2016 district leaders, charter leaders, and Baraka collaborated on what was then called the “Unity Slate” (now called “Moving Newark Schools Forward”) and, indeed, Baraka chose an anti-charter union member, Leah Owens. How about 2019? Baraka’s pick is A’Dorian Murray-Thomas, a 23-year-old Newark native who first attended a now-closed Afrocentric private school and then transferred to KIPP.  Murray-Thomas is a charter support. Leah Owens, running for re-election, is no longer Baraka’s choice.

Correction #8: “The impact of charters here is difficult to assess,” writes the reporter. No, it’s really not. According to KIPP CEO Ryan Hill (to be fair, quoted in the article), “African American kids in Newark are now four times as likely to enroll in a school where students outperform the state average than they were in 2006.” And last year for the first time, Newark charter students in grades 3-8 eliminated the achievement gap and outperformed the state average in both English language arts (ELA) and mathematics on PARCC. Researcher Jesse Margolis discovered that Newark used to be a below-average district compared to its socioeconomic peers and now ranks in the top 25 percent. Margolis writes, “graduation rates have gone up throughout New Jersey, but the improvement in Newark has outpaced that of the state. The results of the school district have improved in a meaningful and substantial and important way.” A Stanford University study shows that Newark had the second highest performing charter sector in the nation and that charter school students gained “an additional seven and a half months in reading per year and nine months per year in math compared to their traditional public school counterparts.” A recent Harvard study shows that  the growing charter sector benefits all students, charter and traditional: “Upon leaving the closed schools, students and their parents moved to higher-growth district and charter schools. We find that the rate of growth for these students also improved on average after they moved to their new schools.”

And then there are these stats:

Sure, there are the nay-sayers: NTU’s Abeigon and  Education Law Center’s David Sciarra, who fear the loss of union jobs and market share. (ELC gets a third of its funding from the state’s primary teacher union and shares its agenda. )

But, really, if you want an accurate look into Booker’s legacy in Newark, you should ask parents, who continue to place their children in charter schools; indeed, over 35 percent of public school students currently attend charters and the percentage is expected to reach 40 percent soon.  Charters are an irreplaceable part of Newark’s educational landscape. This Newark mother told me recently,

This battle between charter and public is a made-up thing. It’s just making it harder to get kids what they need. We all here came up through NJ’s public schools and if they were fine we wouldn’t be here. We have to get out of this ‘public vs. charter’ mindset.

Yes, we do. Booker was instrumental in raising the quality of Newark’s public schools, both by supporting innovation in the traditional schools and expanding the charter sector. His focus was on children, not adults.”[Booker] is a big believer in educational equity,” notes Chris Cerf (who replaced Anderson and previously served as New Jersey’s Commissioner of Education).  “He is a deep believer in public education as being the most important catalytic agent to address a central political ideal, which is one’s birth circumstances should not determine one’s life outcomes.” I see this credo as something to praise, not pose as a future campaign impediment.  The LA Times got it wrong, perhaps because the reporter was globalizing the LA school board’s bias against charter schools.  Maybe next time this reporter should get the back story before writing an error-ridden front story.