Newark School Board Elections Signal A Shift on Charter Schools 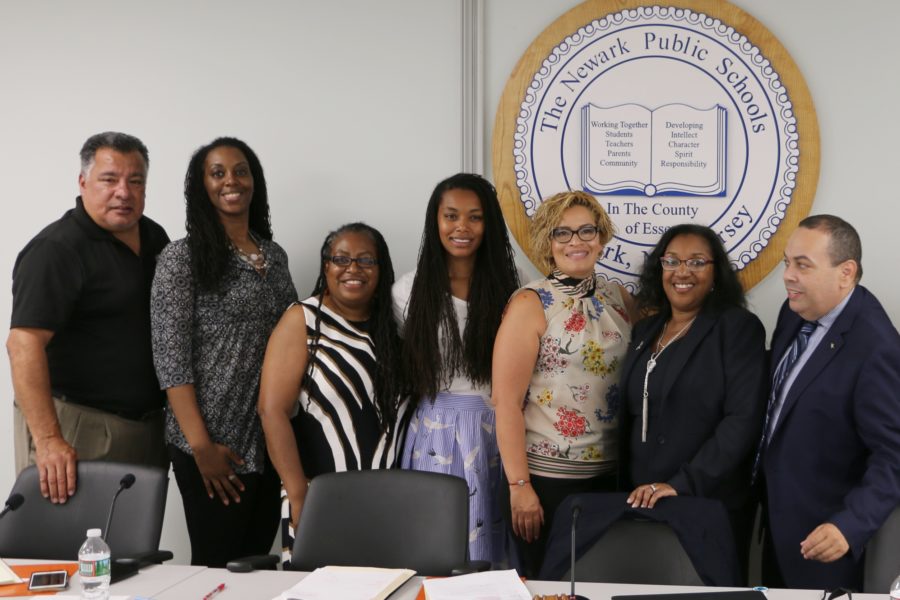 On Tuesday, April 16th, Newark voters will select three School Board members. For the fourth consecutive year there is a slate of three candidates, once called the “Unity Slate,” now called “Moving Newark Schools Forward.” The evolution of this slate mirrors the evolution of Newark families’ and politicians’ sentiments about the public charter school sector in New Jersey’s largest school district.

I work with a non-profit organization, a 501(c)3, and I don’t make endorsements. There are none here. I did speak with Jermaine James, campaign manager for one of this slate’s candidates, Shayvonne Anderson. It’s clear that this school board election is different than previous years. With the exception of one virulently-anti-school choice competing slate (there are a total of 11 candidates) Newark’s charter school wars appear to have reached a detente.

Quick backstory: The concept of a Unity Slate originated in 2016 with an organization called PC2E. That organization was initially successful but inevitably undermined by antics of its Executive Director. (See here if you want the dirt.) In 2016 Newark education politics were far more contentious than they are now and PC2E’s efforts reflected that reality. Some people (and reporters) haven’t moved on. Most families in Newark have. One mother told me recently, “This battle between charter and public is a made-up thing. It’s just making it harder to get kids what they need. We all here came up through New Jersey’s public schools and if they were fine we wouldn’t be here. We have to get out of this ‘public vs. charter’ mindset.”

Indeed, the Moving Newark Schools Forward slate represents a post-public vs. charter mindset. One clear emblem of this movement: Three years ago Mayor Ras Baraka chose an anti-choice candidate, Leah Owens, for the Unity Slate. This year  he chose A’Dorian Murray-Thomas, a twenty-three year old (!) who graduated from KIPP and Swarthmore College, was named by President Obama as a “White House Champion of Change,”  founded SHE Wins Inc., a leadership program that serves girls who attend Newark schools, and will be a Teach For America social studies teacher in Newark next year.

North Ward Councilman Anibal Ramos chose incumbent Tave Padilla, who works for the Casa Israel Adult Medical Daycare Center in the North Ward. The third candidate is Anderson, a mother of 10 who founded a support group for women who have survived abuse. Anderson, who attended Newark traditional schools, sent most of her children to charter schools, where, she wrote in 2015, they “are learning so much more than I ever did.” Chalkbeat’s Patrick Wall reports that “while the charter school sector still has representation in the coalition, it’s unclear what role it is currently playing.”

That lack of clarity, in fact, may be a sign of lucidity: Many Newark families don’t feel the need to pick sides between a charter sector and a traditional sector. They’ve moved on. So has Mayor Baraka.

Not so much Leah Owens, once Baraka’s fave.  She’s running on a different slate called “Children Over Politics” whose main message is that Newark should get rid of charter schools. Owens told anti-charter fanatic Bob Braun, “Let’s face it, the charters are not doing anything the public schools are not, There’s the impression that, somehow, the charters are safer, but there’s no real evidence of that. It’s a perception.”

Owens must have missed the 2015 Stanford University report that, through rigorous analysis, quantified gains for the 17,000 students who attend Newark’s charter schools compared to students in Newark’s traditional schools. Those gains, according to the report, are “dramatic,” and Newark is one of “four communities of charter schools [that] provide essential examples of school-level and system-level commitments to quality that can serve as models to other communities.”

She must have also missed the latest School Performance Reports summed up by Chalkbeat: “Newark’s traditional schools slipped from 2016-17 to 2017-18 on several benchmarks. The city’s charter schools, which educate about a third of students, saw their graduation rates and test scores rise last year.”

I asked James about Baraka’s change of heart and he told me that, while he couldn’t speak on behalf of the Mayor, he’s “been a willing partner in ensuring that all charter school students get the necessary support.” There’s a difference, he said, “between campaigning and governing. Those of us who have been in public service  see it. You see it with [Gov. Phil] Murphy. There are certain ideas and lofty goals and then you face reality, budgetary restraints, and engage with civic-minded individuals.” After you get a fuller understanding of the issues, James explained, “you tweak your position.”

The Moving Newark Schools Forward slate represents “pillars of the community,” he continued. “These are parent advocates who are doing the work, reaching out to all sectors.” Murray-Thomas has been doing it since she was two years old, which James attributes to her mother’s social justice activism and support for KIPPNJ. “If you have a parent who is going to Trenton to advocate for funding and equity, you’re going to absorb it.” Tave Padilla is well-known and a font of “institutional knowledge.” Anderson has been “advocating for high-quality education since 1995. She’s raised ten children. One was labeled ’emotionally-disturbed’ by the district and she went to school every day to meet with social workers.” Eventually they conceded that her child, in fact, had been inappropriately labeled.” She went “from parent to parent advocate.”

I asked him about turnout, which dropped precipitously the year after the first Unity Slate. James expects many people to vote, especially young people. I asked him why. The answer: Donald Trump.  “He’s energized young people,” he said. “A lot of millennials are more engaged in the political process” and “it started with Obama, which people saw as a remarkable opportunity.” But after Trump beat Hillary Clinton “there was so much conversation in the schools. It was a wake-up call. There was an understanding that this isn’t a spectator sport. This administration has helped propel young people to get involved.” Guest Post: The State Must Immediately Take Over the Lakewood

Speaking of the Common Core…