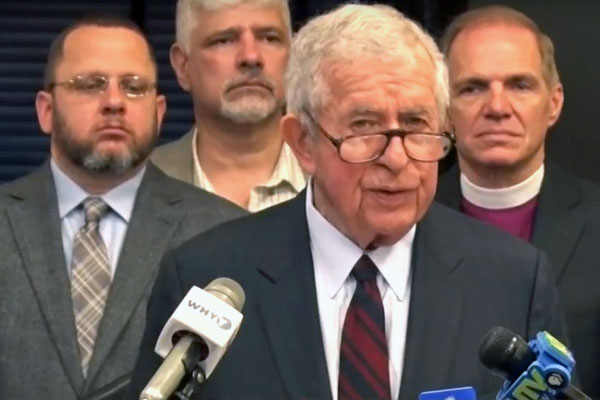 Last Thursday I published a post about the North Jersey Media Group’s hit job on New Jersey’s public charter schools. This five-part series was rife with errors and distortions. The primary actors behind the scenes of the series are former judge/now attorney Gary Stein of Pashman Stein (his son Michael Stein is a partner), Education Law Center, NJEA, and some anti-charter lobbyists, including Rutgers Professor Bruce Baker.

I didn’t know it at the time but just as I was writing that post New Jersey Attorney General Gurbir Grewal  was sending a letter to Judge Mary Jacobson of the State Superior Court. (The full letter is at the bottom of this post.) AG Grewal informs Judge Jacobson about the status of a lawsuit called Latino Action Network v. NJ that charges that NJ public schools are extremely segregated (which is true) and the state must apply a variety of remedies.  Judge Jacobson told them to settle and, according to AG Grewal, talks were proceeding nicely but came to an halt at the end of February. Why? Because, writes Grewal, “Plaintiff’s counsel abruptly changed course. They informed Defendants’ counsel, without explanation, that they needed a ‘reset,’ that they were dissatisfied with the progress of the settlement negotiations, and that talks could proceed only if the Defendants admitted liability. This change in position was both unanticipated and perplexing.”

Who’s on the plaintiffs’ side? A familiar cast of characters: the litigators are Pashman Stein, specifically Gary Stein, Education Law Center, NJEA, and  some anti-charter lobbyists, including Bruce Baker. A discussion of the lawsuit in City Lab includes this: “The head of the coalition is widely recognized to be [Gary] Stein.” The letter itself notes, in reference to an earlier settlement conference when things were moving smoothly, “Plaintiffs also brought with them Bruce Baker…to participate in the discussions.”

In other words, the same people behind the North Jersey’s attack on charter schools. What’s up with this?

Short answer: As I’ve written before, the lawsuit isn’t really about desegregation of NJ’s public schools. The lawsuit is about halting the expansion of NJ public charter schools. And, for Pashman Stein et. al., this will only happen with a judgement of liability on the part of the state.

I’m tired of this duplicity: Why can’t we just be plain-spoken about our intentions?  The plaintiffs bemoan the dismal lack in school integration borne from housing patterns, demand politically implausible promises (consolidate districts! Bus white rich kids to inner-city schools! Expand magnets, despite the fact that they are more segregated than the rest of NJ schools!) that would require a panacea for NJ’s narcissitic fetish for local control. Only then — in both the North Jersey article and the lawsuit —  do they arrive at their true goal, halting charter school expansion.

Cohen then quotes Shavar Jeffries,  president of Democrats for Education Reform, who tells her that any suggestion that charters hold blame for present day school segregation is misguided, as charters “are already a response to residentially segregated neighborhoods.” Jeffries adds that school segregation is “a legacy of white supremacy” and charters, which have been around for about two decades, “have been a response to the legacy of white supremacy.” He voices doubt that there’s political will to truly integrate schools. “The lawsuit could be helpful to move the needle, but I am skeptical that it could lead to the kind of racially integrated school that [creates] educational equity,” he said.

Jeffries is being diplomatic. He knows — as Stein, Education Law Center, NJEA, and Bruce Baker  must — that desegregating NJ schools will only be accomplished through state-ordered consolidation of districts. Mark your calendars: this will occur on the 12th of Never. In fact, we all know this, although  increasing our dearth of affordable housing could help on the margins.

But that’s not the purpose of the lawsuit. Desegregation is a red herring. The whole point is to halt NJ’s charter school growth, which in cities like Newark, Camden, and Trenton threaten both the market share of traditional schools and the union dues of NJEA. And, of course, Governor Phil Murphy and Education Commissioner Lamont Repollet are complicit in the current charter school “pause.”

Finally, I’ll point out that nowhere in the suit is there even an allusion to student outcomes, which is the whole point of NJ charter schools. Gary Stein, Education Law Center, NJEA, and Bruce Baker (along with his fellows-in-arms Mark Weber and Julia Sass Rubin) apparently prefer that Newark schoolchildren attend a school like the once-proud Weequahic High School (Philip Roth’s alma mater) where 6 percent of students meet proficiency targets in 10th grade reading* rather than Uncommon’s North Star Academy where 61 percent of students achieved proficiency in 10th grade reading, 10 points higher than the state average.

No wonder 50 percent of Newark parents list charter schools as their first choice on the universal enrollment application. All of a sudden Shavar Jeffries’ reference to white supremacy makes sense for the Pashman Stein anti-charter gang, who appear to think that their privilege extends to policing parent perogatives.

Presumptive much? The answer is “yes,” and we see it through lenses like the North Jersey series and this lawsuit.

*I used US News & World Report for Weequahic High School because the state database does not report results for Weequahic’s 10th graders. The state leaves the field blank when the number of students achieving proficiency is so low that revealing the numbers would threaten “student privacy.” New Newark Report: Improvements in Academic Growth for Children in