The Echo Effect in the NJ DOE: Meet King Repollet and Queen Marano. 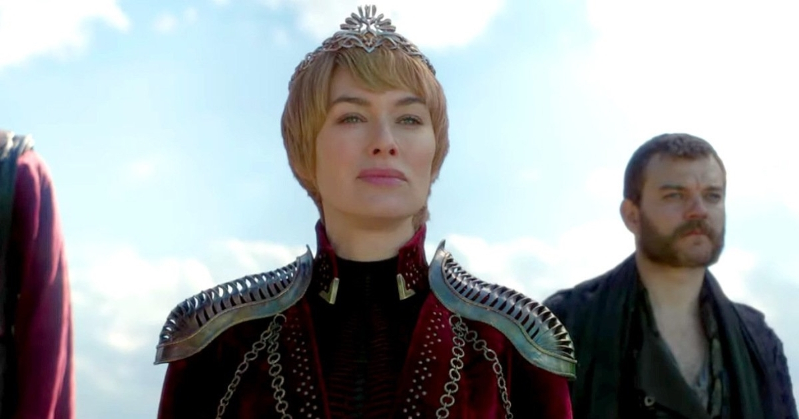 I typically don’t respond to articles and keep to myself, but unfortunately as someone who has witnessed first hand her berating, I felt compelled to respond. This article very accurately describes this individual. When in a professional setting someone says “you’re dismissed” and a co-worker is left speechless and embarrassed, I find it very difficult to show this individual the respect her position deserves. I feel sorry for any of her direct reports and encourage them all to come forward, and she should be required to defend herself at her own expense, not the hardworking taxpayers of NJ whose children she could care less about!
I taught for 16 years and my time spent reporting to her while very short, I feel pushed me away from the education profession. I will never wish ill on anyone, but feel that we all get back what we put out into the world.

That’s a comment on a post I wrote back in March by someone who identfies himself as Rob Coleman. He’s describing life in the New Jersey Department of Education for staff members in the division run by Carolyn Marano, Assistant Commissioner of Student Services. Coleman’s grim depiction has been confirmed by many sources during the past six months.

Why does Marano’s disregard for “the children she could care less about” matter? Why does the toxic working environment matter? What does it matter that highly-regarded staff within Marano’s division are “pushed away from the education profession”?

Because the ultimate victims are our most vulnerable students who fall under Marano’s purview, those already burdened by disability and/or low-income. They suffer more when staff who serve them “run for the cubicle” when they see her coming or when they feel unsafe or when the Division’s leader is more concerned with optics than meaningful oversight and professional development for our educators.

This outcome is entirely predictable if you parse her trajectory from Vernon Township to Asbury Park. It’s the same old story told multiple times in increasingly larger settings with ever greater impact on adults and students.

For the last year we’ve been witnessing the dismantling of New Jersey’s state education system under the leadership of Commissioner Lamont Repollet while he pushes for lowering standards (see the “64 Floor”) and lowering the ability of the state to collect accurate data on student growth in order to fulfill Gov. Murphy’s promises to NJEA.

It’s just worse in the Division of Student Services.

The “mistrust” of Marano is so “pervasive” within the Division that “I’m numb,” says one staffer. Others tell me they’re “in survival mode,” that the environment is “toxic” and “dangerous,” that Marano is “hateful” and “vindictive.” They’re  monitoring our social media, said another (adding that she thought Marano’s top people were “flagging” anyone who looks at this blog). People on other floors (Marano’s division is on Floor 2) ask fearfully, “how’s it going down there?” During or after meetings with her, people record or take notes, James Comey-style.

Those who follow this blog know I’ve been writing a lot about Asbury Park Public Schools. The working theory is that the twinned leadership there of then-Superintendent Lamont Repollet and then-Supervisor of Special Services Carolyn Marano reveals patterns that we see currently in the DOE, where Repollet holds sway on Floor 4 and Marano on Floor 2.

I see these patterns over and over again.

New example of the Echo Effect: In April 2017 about 32 Asbury Park people, including Repollet and his wife, travelled to Ghana on what was billed as “transformative experiential learning experience” for middle school students. The trip, which I was told cost about $50,000, was supposed to be paid for by a federal funding stream called 21st Century Community Learning Centers, intended to provide academic enrichment for low-income students. (See here for the post, plus pictures and vidoeo of Repollet’s “enstoolment” as a King.)

In fact, only two middle school students went to Ghana. The rest were Repollet’s fraternity buddies and various staff members he regarded favorably. Upon return to America, “King Nana from Ghana,” as some faculty called him (he was given the name “Nana” when he was enstooled) had to raise funds to pay for the trip. Not sure how the accounting came out at the end.

In the parallel universe of the DOE, which oversees the education of 1.4 million students instead of Asbury Park’s 2,000, there is another bit of grandstanding going on. Marano has learned well from her mentor.

Just one problem: There’s little room for teachers, just like there was little room for students on the Ghana trip. The day after the DOE sent out the notice to districts, registration was officially closed, even after the last-minute codicil that each district could only send three people.

What happened to all the seats intended for school climate transformers? According to several sources, the whole event is a “dog and pony show” a “charade,” a “joke.” Marano has filled over half the “top shelf” event space with public officials and other dignitaries. She’s even invited the New Jersey Jets (I guess there’s a lot of them and they’re coming) and someone told me she invited the Eagles but they declined. Someone else said she chose the keynoter based on how many twitter followers he has.  “It’s the one day she supposed to show that she cares about 1.4 million students,” a source told me, “but it’s actually a stab in the heart when she’s up there talking about SEL while the emotional health of adults is suffering due to her behavior.” Another said, “it’s all a lie. Repollet and Marano don’t give a shit about education. There will be live-tweeting and a highlight reel but an event that’s supposed to benefit teachers and students has become a photo-op for her.”

Maybe she’ll be enstolled as a Queen.

I received calls from sources about another DOE-eruption last week. There was an emergency lockdown drill, apparently ordered by Chief of Staff Kellie LeDet, but most people didn’t know about it. When the alarm went off people started “haphazardly running in the halls” and others “were yelling to get away from the windows.” A staff member told me “I don’t feel safe there and don’t have confidence in those who are supposed to protect us or guide us if there were a real emergency.” One employee happened to see Kellie LeDet walking towards the DOE building and asked what was going on. After “long explanations” and “posturing,” LeDet said “some guy hit the wrong button.”  It was, this source said, “a hot mess with Ms. LeDet determined not to be held responsible for the total disaster that it was.”

On Floor 2, Marano’s Division, there was a slightly different reaction to the drill: The same chaos and lack of communication, but with a twist. According to sources, the atmosphere there is so tense — “toxic” is the word people commonly use —  that people were afraid that someone “had snapped,” that an underling to Marano had finally just lost it. Honestly, I can’t keep track of all the grievances, resignations, retirements, reassignments. As another commenter put it, on the same post with Bob Coleman’s insight, (a parent who interacted with her in Vernon Township) said, “Never have I seen a person swoop in and cause so much unhappiness in so brief a time. We are agape at the low bar set for employment at the State DOE.”

Will anyone do something? It took a huge nepotism scandal at the Schools Development Authority and extensive media coverage for the Legislature to act. What will it take for our elected officials — as well as mainstream media — to pay attention to the DOE?

What Education Reforms will Christie Pursue During his Second Term?