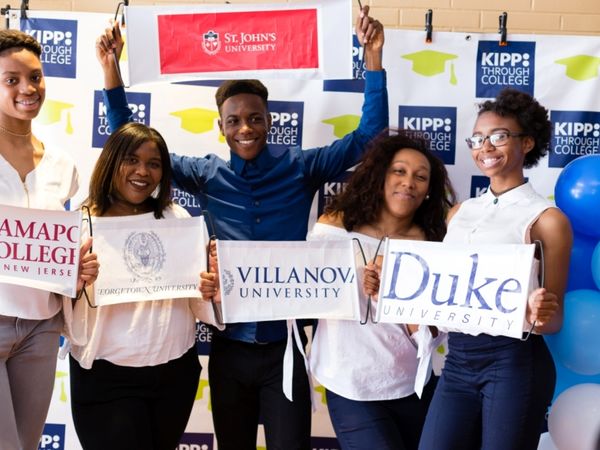 Who’s not celebrating? Education Law Center, which challenged the decision, as well as NJ’s primary union NJEA, which largely funds ELC and whose former and current Executive Directors sit on ELC’s Board, as does anti-charter warrior Gary Stein. (His son Michael, partner in the anti-choice law practice Pashman Stein, is one of the litigators in the appeal.)

Why no confetti from the anti-choice cadre? Because, protestations aside, their gripe isn’t about district funds. It’s not about segregation. It’s about market share and NJEA union dues. It’s about their collective indifference to Newark students’ academic growth and where their parents want them to go to school.

I’d love someone to prove me wrong. After all, I admire how ELC made its name as defender of educational equity for low-income children in districts like Newark. Yet now that educational equity is available to some (35,000 New Jersey children sit on charter school wait lists), the once-esteemed law group turns its back on those children they once represented so well.

All in the name of NJEA’s market share and money. Really, ELC? That’s how far you’ve fallen?

ELC argued that expansion of these charter schools creates “a segregative effect” because they disproportionately enroll Black students and Hespe “failed to evaluate the loss of the district funding from the proposed charter school expansions.”

The Court rejected both arguments. On the former, the justices wrote, “The mere fact that the demographics of the charter schools do not mirror the demographics of the District does not alone establish a segregative effect.” On the latter, they point out that districts get to keep 10 percent of the per pupil costs for students who enroll in charters and the District didn’t even join ELC’s appeal. The judges write,

In any event, ELC did not specifically demonstrate how the District students would be deprived of a thorough and efficient education by the expansion. ELC represented that the District’s budget crisis was caused by both the chronic underfunding of the SFRA formula and the rapid expansion of charter schools in Newark. See Abbott XXI, 206 N.J. at 359 (“The State made a conscious and calculated decision to underfund the SFRA formula when enacting the FY 2011 Appropriations Act.”). ELC was required to separate the two sources it claimed contributed to the budget crisis and failed to do so.

But here’s where it gets really interesting: In what must have been a shock to ELC’s system, the Court actually took into account student academic growth, information that never makes it into ELC”s anti-charter battles.

Here, each of the charter schools were high performing schools (six were Tier 1), and all of the schools were in great demand with long wait lists. All of the schools’ performance data, a significant factor in assessing a request to amend a charter, was higher than the District or State average, as represented by students’ PARCC scores. Further, all of the schools, which had for years been submitting detailed annual reports, were organizationally sound and fiscally viable.

In other words, Newark’s charter sector is much higher-performing than district schools (as various independent studies prove: see here and here). Newark’s charter sector agrees to serve “all students in the city, especially the highest need students requiring special education services, students who are [ELL], students who qualify for free or reduced-price lunch, and other underserved or at-risk populations[.]” Newark’s charter sector, “either through One Newark Enrolls, or through its own marketing and recruitment efforts, attempts to reach parents through their websites, flyers, ads, open houses, and billboards. The Department of Education (DOE) oversees the charter school’s “access and equity” for “highest needs students.” And parents want the expansion based on “the great demand with long wait lists.”

The ruling then considers each of the seven charter schools’ academic performance and fiscal stability. Example: KIPP’s TEAM requested an expansion of 2,696 new students, with a maximum enrollment of 6,816 students. The judges quote Hespe’s decision: TEAM has “a history of providing a high-quality education to its students. From 2011-12 to 2013-14, the school received a Tier Rank of 1, the highest rank possible based on the standards within the Performance Framework. In the 2014-15 school year, based on [Partnership Assessment of Readiness for Collect and Careers (PARCC)] results, the school outperformed its home district of Newark in English language arts in elementary, middle and high school.” That same language is used for Uncommon, Robert Treat,  Great Oaks, New Horizons, and Varisco-Rogers. University Heights is a Tier 2 school and Hespe approved its application “with some limitations, based on the DOE’s review of the school’s ‘academic, operational, and fiscal standing as well as an analysis of public comments, fiscal impact on sending districts, and other information.’”

Here’s the bottom line: ELC is throwing stuff against the wall to see what sticks with utter disregard for Newark students’ academic growth. And so they go from noble warriors of poor underserved minority children to servile panderers of funders.

One more thing: In a working paper posted recently by the National Bureau of Economic Research called “Can Successful Schools Replicate? Scaling Up Boston’s Charter School Sector,” researchers found that “that proven providers successfully transmitted hiring and pedagogical practices to new campuses…Expansion charters generate achievement gains comparable to those of their parent schools.”

In other words,  students in those expanded charter schools that ELC/NJEA opposes will not only do as well as their peers but probably better. What does that mean in real life? According to a 2018 study by The Newark City of Learning Collaborative called “Post-Secondary Outcomes of Newark High School Graduates (2011-2016),” 14 percent of Newark district high school graduates earned a degree or certificate within six years and 38 percent of KIPP high school graduates earned a degree within six years.

ELC is appealing the ruling to the State Supreme Court. Win or lose (most likely the latter), this appeal represents further erosion of both ELC’s reputation and its compatibility with the families it once nobly represented.