An Open Letter to Gov. Phil Murphy: Which Side Are You On? 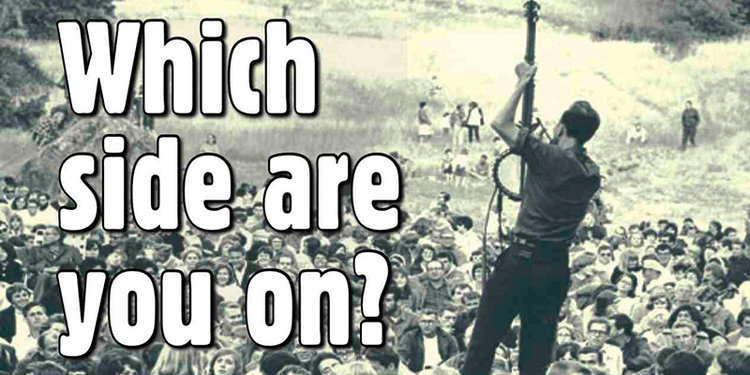 I heard you just demanded that State Board of Education member Jack Fornaro resign after he inquired whether Hispanic students in Paterson were capable of passing courses in American history. I share your concerns about Fornaro’s low expectations for students of color and applaud your quick response.

That’s true progressivism in action within the realm of public education. Bully for you!

But I’m confused. While you proudly identify as a progressive — Alan Steinberg writes, “Phil Murphy has been determined to prove to Progressive Democrats in both New Jersey and nationally that he is one of them” — I’ve noticed some regressive values in the arena of public education. Maybe you’re confused too: well, join the club! After all, last Friday Bernie Sanders announced his opposition to charter schools. This Thursday the California State Assembly will likely pass four bills, all anti-charter and one a five-year moratorium sponsored by “progressive” Democrats, who, as Margaret Fortune writes, “are showing how politicians can be liberal and tone-deaf at the same time on issues of race in public schools.” Over “the objection of hundreds of parents from black, brown and immigrant families who clogged the halls of the state Capitol,” Fortune continues, these legislators “work on behalf of teachers unions to dismantle public charter schools in the name of balancing school budgets.”

Let’s step back. What does it mean to be “progressive” in education?

First, a progressive governor would, like you did so brilliantly in Fornaro’s case, demand the resignation of anyone in your Administration who has low expectations for students, especially those of color and/or low-income. This would include your Education Commissioner Lamont Repollet who tried to eliminate evaluations of struggling districts, dislikes standardized assessments because he doesn’t “think it’s good for the self-esteem of students to keep failing test after test,” and defends his system called “The 64 Floor” that renders high school diplomas meaningless — at least for “black, brown, and immigrant families.”

Second, a progressive governor would work to emancipate himself (and, by extension, state residents) from powerful institutions invested in the status quo. In New Jersey education, this means NJEA leaders and its legal arm Education Law Center who strive to stymie charter growth in poor cities, even though the best ones dramatically increase student academic growth. (The Observer just reported that NJEA’s PAC gave your “dark money” group $2.5 million.) It’s not that different in California; there, the anti-charter school bills are driven by Los Angeles teachers union leaders who, as a condition of resolving the teacher strike last January, demanded that the Legislature and Governor Gavin Newsom curb charter growth.

And, of course there’s the NAACP which, once progressive, is now an fossilized institution that disdains alternative public schools even though a recent poll that showed “Democratic voters of color were more than twice as likely as White Democratic voters to hold favorable opinions of public charter schools.” Or if you don’t like polls, listen to my colleague Sharif El-Mekki:

This call for a moratorium is another arrogant and backhanded way to tell Black families, I know what’s best for your children…you don’t.

In Philadelphia, in 2014-15, less than 60% of Black boys graduated high school in four years. Hey, Bernie, put a moratorium on that.

Or listen to the three NAACP chapters in California that broke ranks with their mothership and oppose the anti-charter bills. From LA School Report:

Everybody knows black students are the lowest-performing subgroup, other than students with special needs, and the system has done nothing to provide targeted supports. So it makes sense that NAACP branches representing regions of the state with the highest black student enrollment are crying foul on the charter school moratorium. They want quality options in the public school system. They want charter schools.

(Sidenote from a Jew: I was brought up to worship the good work of the NAACP. After being  gobsmacked by the national NAACP’s complicity in the CA legislation I did a little research. When Lee Alcorn was head of the Dallas branch of the NAACP in 2000, he commented on a radio program about Al Gore’s selection of Joe Lieberman as his running mate: “I’m concerned about, you know, any kind of Jewish candidate..if we get a Jew person, then what I’m wondering is [we]need to be suspicious of any kind of partnerships between the Jews at that kind of level because we know that their interest primarily has to do with, you know, money and these kind of things.”)

Look, I know you’ve had a rough 18 months. I know you’re down in the polls and you’ve made an enemy of the Senate President of your own party and that the nepotism scandals within your Administration are a terrible distraction. But can you please just think on this a bit?

If you want to prove to genuine progressive Democrats that you’re one of them (word has it that you hope for a Cabinet position if a Democrat beats Trump in 2020), you’ll remove those in your Administration who dumb down standards for children of color, stand up for families who seek academic equity (which, by the way, has nothing to do with NJ’s school funding formula), expand school choice, and wean yourself from NJEA, one of New Jersey’s most regressive institutions.

Which side are you on, Phil? 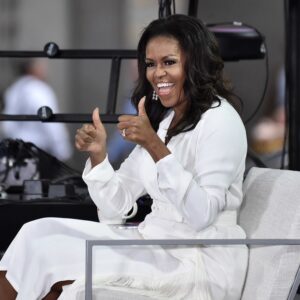